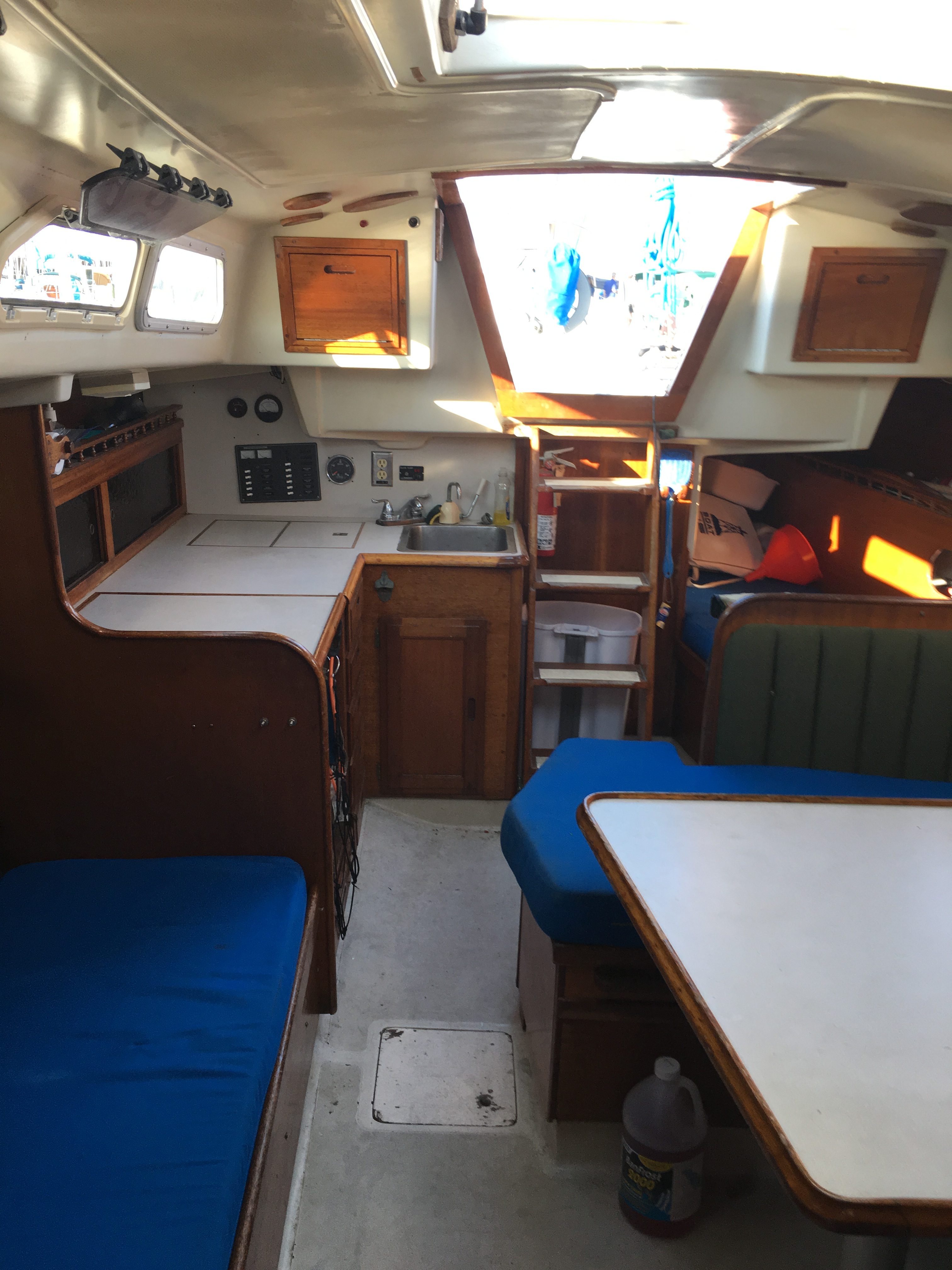 Local Knowledge
Just a couple of days ago a Med classic named Palermo-Montecarlo took place and we were deep in it fighting with our Comet 41S named O’Guerriero sailing under the Anemos sailing team flag for the overall Italian offshore championship.
The starting lineup boasted names like Rambler, Lucky, Atalanta II, Made en Midi (skippered by Vendée Globe badass legend Kito de Pavant) and Pendragon so, even just taking part of it, was a pleasure.
As the name itself says, the start is in Palermo and you have to reach princess Charlotte’s hometown passing through a gate at Porto Cervo, in the beautiful Sardinian Maddalena archipelago.
The race had light winds forecast for the first two days and then some moderate westerlies on the left side of Corsica for the third night; scattered thunderstorm were forecasted on the racetrack (scattered my ass, it was full on lightning warfare for the first 30 hours).
We had a good start and managed to round the offset mark among the first fifteen boats, meaning we got to see Rambler for a good 25 minutes before he disappeared on the horizon hunting the 47 hours line of honours record held by Esimit.
We pointed straight to the Porto Cervo gates and made good speed towards it crossing it in 14th overall position then headed through the Bocche di Bonifacio opting to leave Corsica on our starboard side for the second half of the race as 99% fo the fleet did.
Back to the lightning thing….most of the middle/back part of the fleet spent the first night in a hellacious thunderstorm we could see on our stern with lighting striking everywhere down to the sea surface. As we rode away in a close reach at 7-8 knots our thoughts were genuinely with them.
The Bocche di Bonifacio are a (beautiful) clusterfuck of rocks and shoals where the predominant westerlies make the passage even funnier thanks to the Venturi effect that always adds 10 to 15 knots to the average wind speed, add towering and irregular mountainous islands and you get the picture. This said I must admit that this was the best Bocche crossing of my (small) sailing career, with beautiful sunshine in a 15 knots wind reach.
Done with the halfway mark we opted for a course away from the Corsica coast as fickle winds were forecasted close to the shores and this choice kind of paid off as we were among the first to get the 20-25 knots south-westerly that pushed us at ridiculous speed (for a 41 ft cruiser/racer of course) during the whole night towards the finish line.
Under the biggest spinnaker we had, and not without a couple of life-shortening episodes, we gained around 20 miles on Vai Mo’ (a poisonous J122, raced by a very skilled group of sailors) one of our direct rival on the Italian Offshore overall standing and on some other boats fighting for the corrected time standing.
At this point, needless to say, the Rambler boys were already drinking champagne in Ranieri’s hometown coming a little bit short on beating the race record but doing a terrific job in fending off Byron Ehrhart’s Lucky attacks for the line of honours victory. 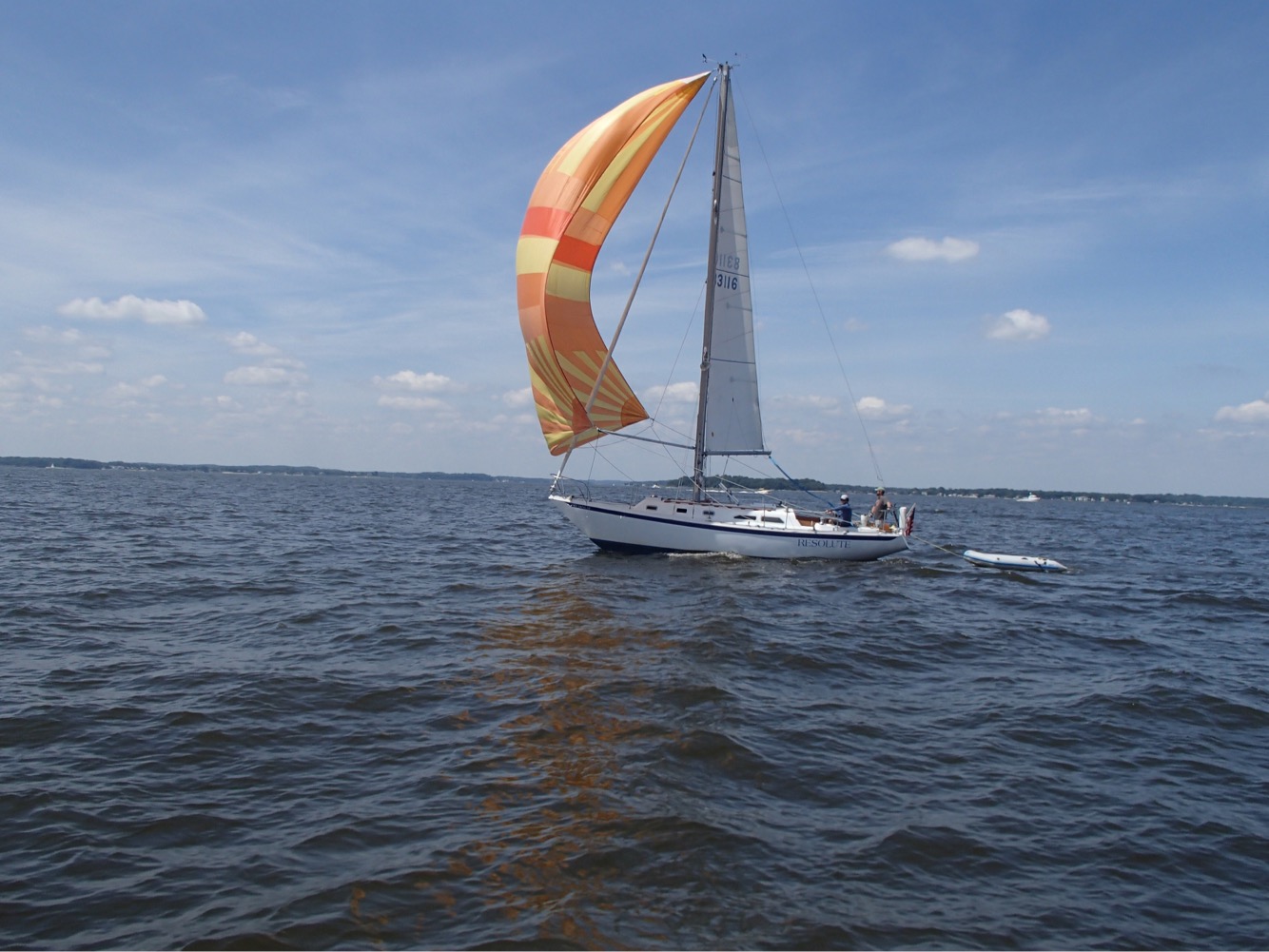 The wind abated during the morning hours when we were approximately 30-35 miles from the finish line, leaving us the hope to arrive in the early afternoon but it vanished quickly leaving us in a 40 degrees scorching dead calm. I will spare you the six hours spent under the sun fighting with 1-2 knots of wind but you can certainly imagine….
Around 6 pm a forecasted westerly picked up and created a six boat match race to the finish line that we eventually crossed just in time for the aperitivo (we are italians, sorry…).
We crossed the line at 8:10 pm in 15th overall position that translated in a 7th corrected time standing.
As for the Italian offshore championship…we will see…we are certainly behind Endlessgame, a Cookson 50 raced by a pro crew led by Olympic coach Gabriele Bruni but we may well end up on the podium which would be a terrific result for us after six major races and more than 100 boats competing.
Weather-wise we went through this race relatively unscathed but not all of the fleet was that lucky: Pendragon (a 60 ft maxi) retired with mainsail problems (this info is from “radio docks”, not official), a boat dismasted and more than a couple of vessels had their whole electronics fried by lightings; not including the rain/hail showers that hit almost all of the boats.
In my modest opinion it was a beautiful race and I am really looking forward to next year’s edition.
O’Guerriero ITA 16907 (Comet 41s) crew: Maurizio D’Amico (skipper, helmsman), Anna Gallelli (boat captain, pit), Alessandro Ciofani (co-skipper, helmsman), Vincenzo Gallelli (bowman), Mattia Maviglia (bowman), Federico Coda (mainsail), Dodo Zanforlin (helmsman, trimmer), Davide Piazza (trimmer).
Title thanks to Minor Threat.
Wannabe anarchist Il Fede
(Apologies for my spaghetti-english…)