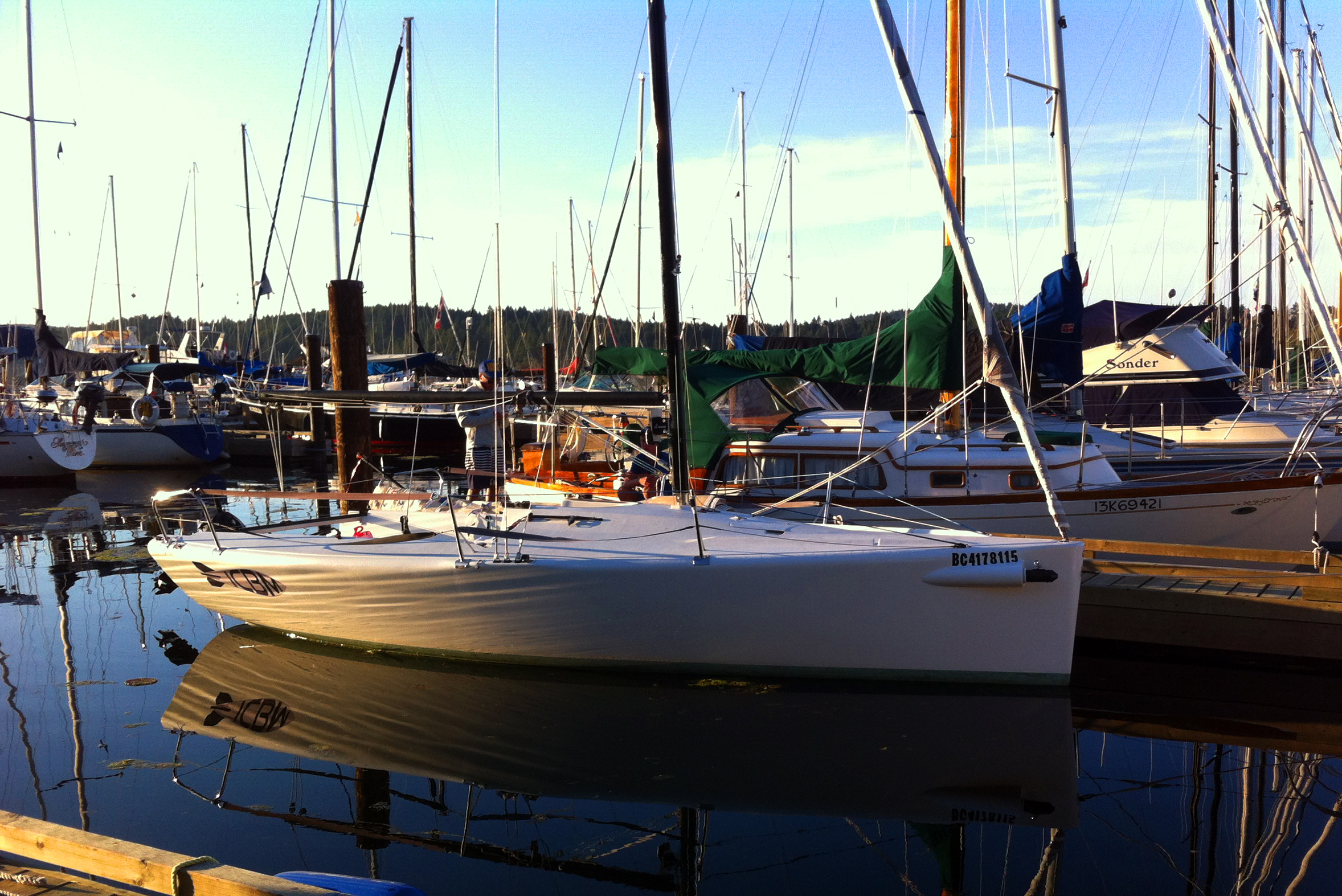 Thirty-eight years after its inaugural edition, the Trophée des Multicoques is back in La Trinité sur Mer, its historic venue and cradle of the French multihull scene. The second day of racing saw Idec and Sodebo battle it out on a 60-mile course (advantage Sodebo), while former glories such as Greene-designed legends A Capella and Happy, the famous Fleury Michon Formule 40 or the ex-Alinghi shone on the course.
22 boats entered the first edition in 1980, which acted as one of the main catalysts for the explosion of the multihulls craze. And if Eric Loizeau captured the limelight with his victory aboard Gauloises IV that year, the Trophée was from the very start an international affair, with Phild Weld making waves aboard Moxie, and the Newick / Greene designs showing their form. At the time, apart from the big oceanic events (OSTAR, Rhum, Lorient – Bermuda), no official gathering existed for multihulls despite their quick rise in popularity, and unrivalled propensity to push the boundaries of technological innovation. 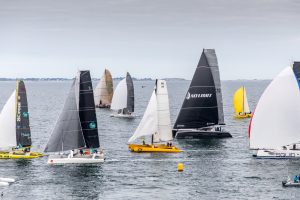 Over two decades, ranging from Tabarly’s Atlantic crossing record aboard the (heavy) foiler Paul Ricard all the way to the golden years of ORMA racing in the early 2000s, multihulls have constantly redefined performance and turned sailing into a spectator sport. This is precisely what organisers Dominic Bourgeois (renowned journalist and staple of the multi scene) and Marc Guillemot (of Vendée Globe and Jet Services fame) are intent on celebrating, and why prominent names like Loizeau (winner of the first edition), Jourdain (“here for the good fun”) or Peyron (Loïck) turned up.
As Joyon said today after docking, “the great thing is racing among such a variety of boats, and seeing so many original technical solutions. That creativity is what drew me to the multihull offshore racing scene in the first place.” Among the smaller boats (bearing in mind two Diam24 are also taking part and have their class), the ex-Fleury Michon Formula 40, restored and sailed by well-known photographer Jacques Vapillon and Christian Boucault showed how fast she still is, and leads her class.
We’ll keep you posted, racing finishes on Friday. And if you haven’t heard the A Capella story yet, shout. It deserves to be read. Photographs thanks to E. Stichelbaut.
Jocelyn Blériot