the future is now 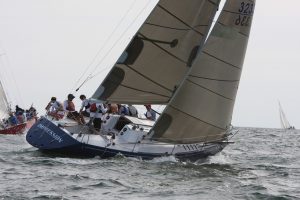 Big Pimpin’
America’s Cup Event Limited (ACE) and the Challenger of Record (COR) have engaged Future Fibres to supply its new AEROrazr rigging to all teams competing in the 36th America’s Cup Presented by Prada.
Future Fibres is the world’s pre-eminent supplier of composite rigging, with creativity and high performance driving its continued growth.
With the America’s Cup sharing these same values, this is a platform for a strong alliance.
For the 36th America’s Cup, Future Fibres will supply their latest design, AEROrazr. This newly developed aerofoil shaped solid carbon rigging is created especially for elite grand prix racing.
Read on.