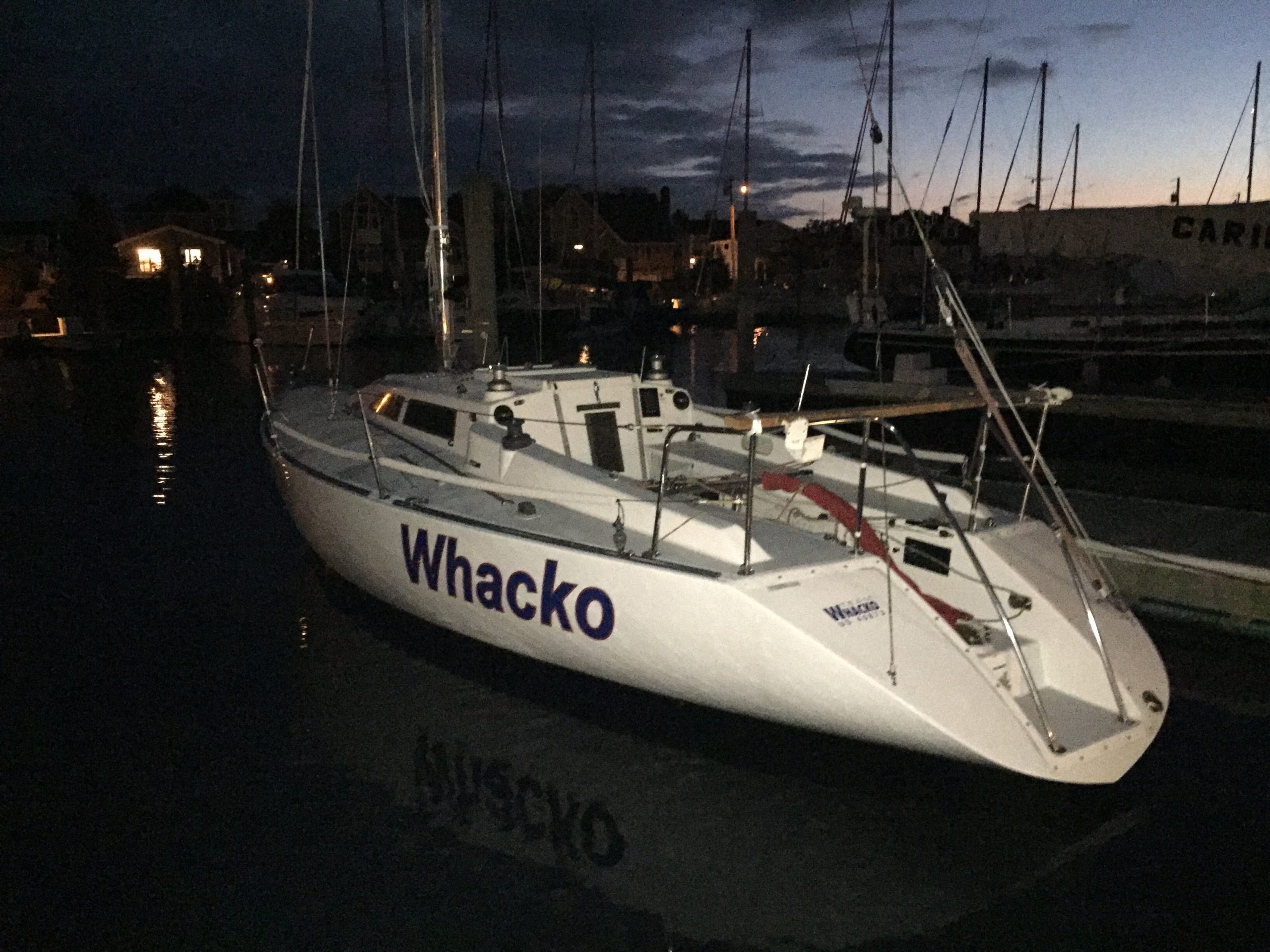 If you’d told me 3 years ago that I’d be excited about building a Gunboat 55 I probably would’ve kicked you in the shins. The Gunboat 55, the albatross that sank the original Gunboat. The Gunboat 55, the same boat as “Rainmaker” which was so famously abandoned at sea. Yet here I am, “bragging” on Sailing Anarchy about my Gunboat 55 project. WTF happened to me? How did I get here?
First, a little background
My project boat started its life destined to be another stock Gunboat 55 (5508), a “high-latitude cruiser” and an eventual sistership to Rainmaker. The Nigel Irens Design failed to live up to expectations, and proved far more expensive to build than anticipated. As a result, Gunboat went belly up (again) and the remains of the company were sold to the French in a bankruptcy auction. Hull 5508 was caught up in the bankruptcy and she sat, half-completed, with 5 of her orphaned sister ships in North Carolina for the last several years. 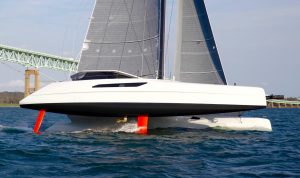 The second, brief incarnation of the boat was as a “Gunboat 57” (Gunboat 5701 is “VaiVai” as featured here on the FP back in 2016. Gunboat 5702 is “Vandal” which underwent a thorough refit here at Newport Shipyard and is now cruising in Tahiti). I contracted the sale and completion of this latest Gunboat 57 last year while I was still a Gunboat employee. The buyer was an experienced catamaran sailor who wanted what every Gunboat buyer wants, i.e. a wicked fast cat that his wife and kids could join him on.
He knew the limitations and history of the Gunboat 55 platform and was 100% willing to make the changes that the platform needed to “work”. We were going to make a “cafe racer” version of the 55, dispensing with all of the irrelevancies and going back to the roots of the original, minimalist Gunboat vision. I was stoked, the buyer was stoked, even Ze French were stoked. Despite their early enthusiasm (and contractual obligations) the French owners of Gunboat had a change of heart…and things went into “limbo” for a bit. 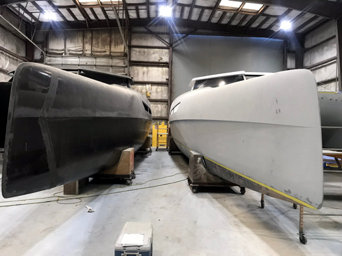 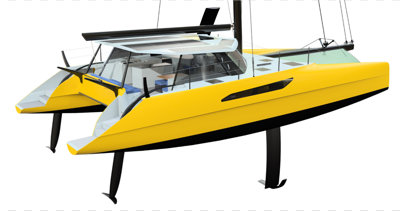 The trimming cockpit is a quasi indoor/outdoor area, keeping the guys forward dry when it’s rough and cool when the forward doors are open (another weakness of the typical Gunboat forward cockpit). The 4-cabin, 2-head layout gives plenty of room without the system weight and complexity of the heads. We’ve ditched the heavy diesel engines aft and replaced them with Oceanvolt electric drives amidship, under the sole and below the escape hatch. That freed us to reconfigure the aft engine room area into a mechanical space, leaving great storage and system access for an owner/operator.
Coupled with some other innovative ideas and hardware solutions we feel that this boat will offer fantastic performance with minimum headache factor for the owner operator. We’ve rethought just about every corner of the boat, from deck plan, to winch plinth, interior furnishing, systems, t-rudders…I could go on. I’ll be keeping updates in the forums as the project unfolds. 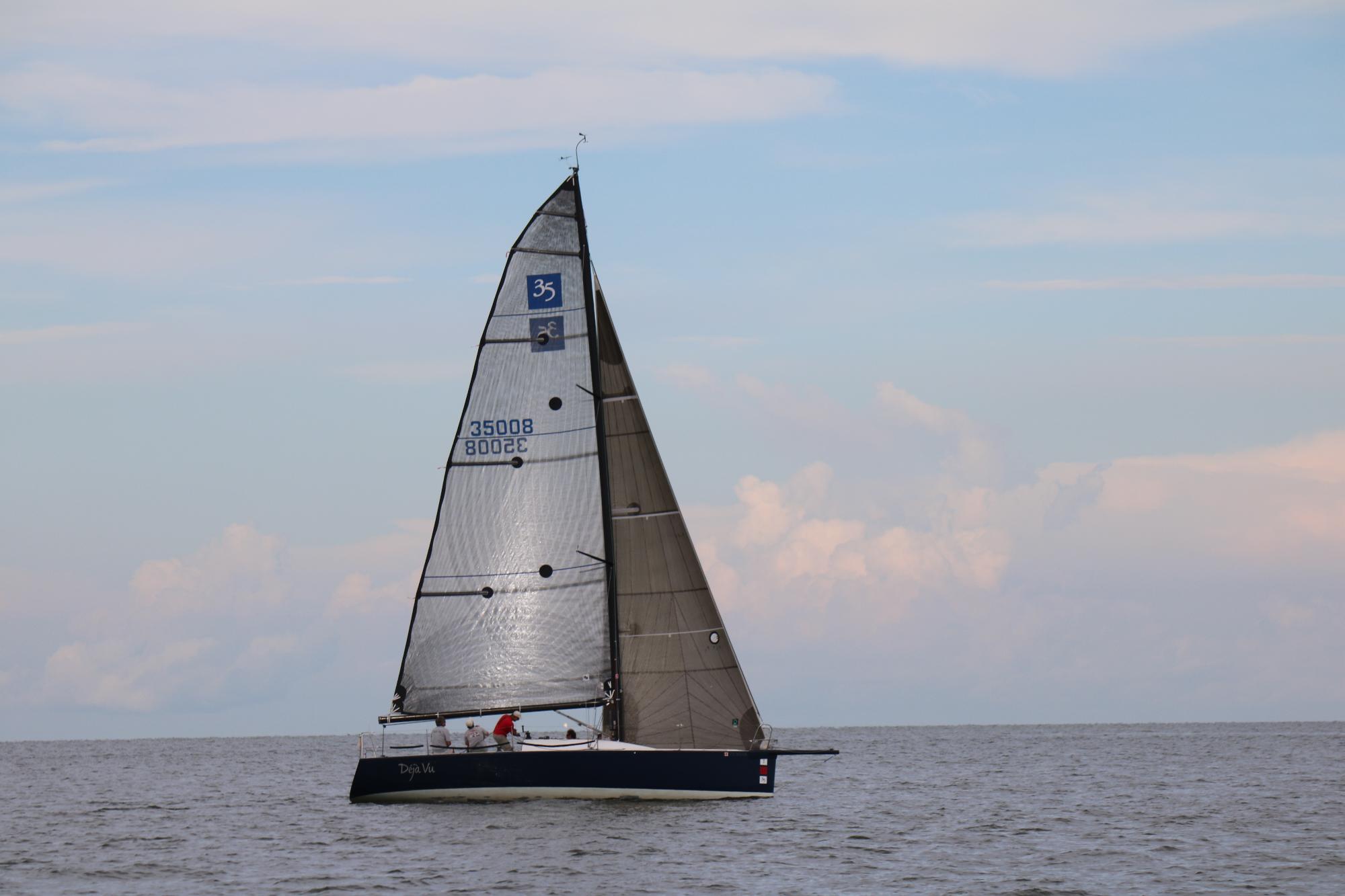 Although the “me” from 3 years ago would be horrified to hear what I’m up to today…to be honest…I find the challenge exciting. I won’t lie, the question “Can this platform be made to actually go fast?” DOES keep me up at night. I don’t know that I know the answer to that question yet, but we’ll find out. I do know this, we’ve got the best team imaginable to try and turn this dog into a cat. Working with Dirk and the designers has been an honor and a delight, Stew and the guys are always great, and the owner is one of the nicest guys in yachting. Fingers crossed and stay tuned.
Nils Erickson was formerly Technical and Sales Director for Gunboat. He now owns Soma Sailing LLC with his wife Meredith, as well as their Hurricane Irma-damaged Formula 40 “Soma”. If you’re in Newport, stop by the big white tent at the Shipyard and check progress. Nils can also be reached at [email protected] or (619) 430-8935.

bruise in the cruz

win an ipad with west