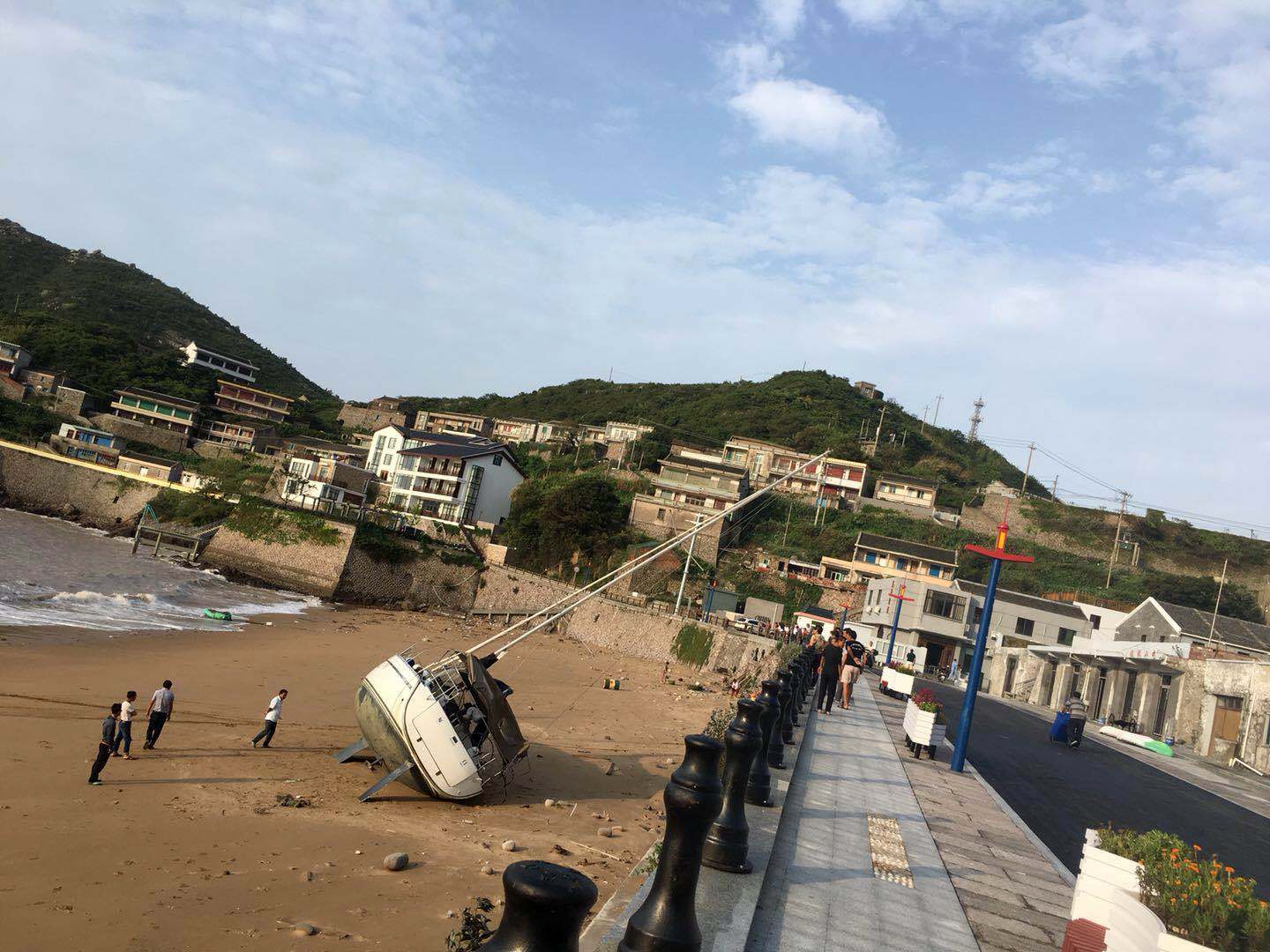 The term ‘en-bayed’ used to get pulses quickening in the good old days of the square riggers (no I’m not THAT old). The term meant that on either tack – and they didn’t exactly spin round like a modern dinghy – the headland at the mouth of the bay could not be cleared and it generally took some very smart seamanship to counter the very poor seamanship that put them in the situation in the first place.
Well it appears it still happens today.
A yacht owner who obviously missed the chapter on lee shores along with the one n anchoring on one fell into the same trap. Compounded by the fact he had been advised about this particular bay that was a perfect trap in the wrong sort of weather or wind direction, kicking up quite a surf from way out when the wind was from the East as it often is in the area.
In some ways he was fortunate for if the wind had been but a few points round it wouldn’t have been the sand, it would have been the rocks at the end of the beach and instead of considering a  crane and digging out some sand for strops he would have been ordering a skip and a bunch of shovels to take the boat away.
As it was the boat initially embedded her keel in the sand before eventually falling over.
Damage? Well they were lucky. A few yards further up the beach would have found a sea wall instead of sand. She floated off at the next high tide but worryingly the delivery driver felt the rudder was split or damaged in some way and the large transom hatch wasn’t quite so easy to open or close as before that along with the expected scrapes to the starboard side gel coat was all there was.
I think he may be a little circumspect right now and perhaps listen to advice a little more carefully in future – and no, it wasn’t me giving it.
SS

do it yourself Theres no more mystery when it comes to sending your Class, Club, or Events sailboat racing action to the web in real time, and if you missed our free presentation on how to video stream your next race, you can have a look at the entire thing below.