it's siberia for you, bro 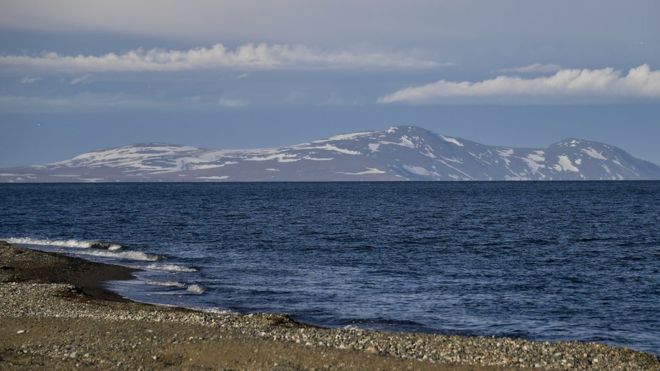 Don’t worry, people. Our Fearless Leader, and “Russia’s Worst Nightmare” will soon rectify this. Just as soon as he’s done wiping Putin’s spunk off his chin…
Russian border guards are holding an American man who came ashore in the remote far eastern Chukotka region after sailing in a dinghy from Alaska. The man’s motives are not clear. He was found exhausted near Lavrentiya, a coastal village, Russian media report.
Russia’s foreign ministry named him as John Martin, born in 1972, from Anchorage. He reportedly got lost at sea after leaving the Yukon River. At its closest point mainland Alaska is just 89km (55 miles) from Chukotka.
US diplomats are trying to resolve the case with Russian officials. Mr Martin is reported to be in good health now.
Read on, courtesy of the BBC. Photo Getty Images.

bottom of the 7th, and it's a one run game