getting back on the bike 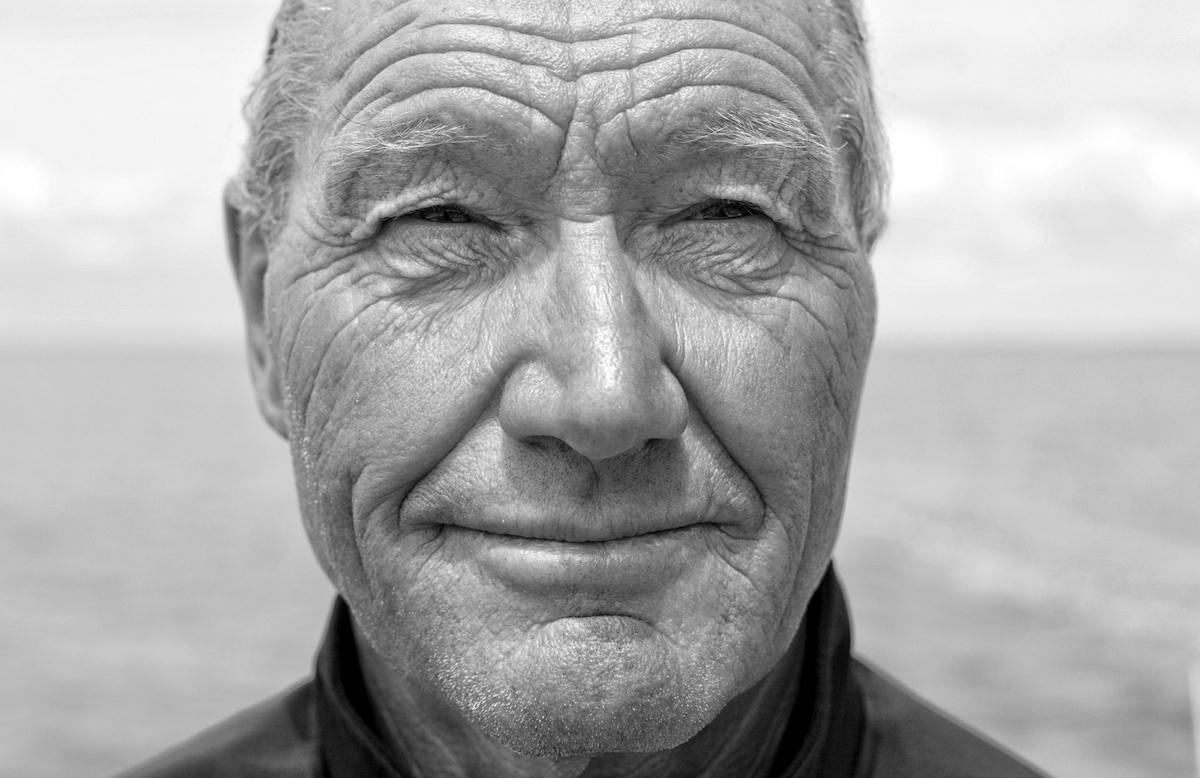 From dear friend and world-class photographer, Christophe Luanay…
t was a busy, fruitful spring for Francis Joyon and his team, who are preparing for the big event of the year, the Route du Rhum, destination Guadeloupe, the fortieth edition of which starts from St. Malo on 4th November. The skipper of IDEC SPORT told us he has “filled his notebook with pages and pages of observations,” about the thousands of little improvements that can be made to his boat, which already holds the Jules Verne Trophy, but which will help make her ideally prepared for solo sailing.
Francis will be doing a lot of sailing this summer with daily trips, aimed at finding the right settings and fully understanding the new foils, in particular in stronger winds than those they encountered in the Mediterranean. It will then be time for more advanced solo sailing. Since his successful, yet brief Atlantic crossing record in July 2017, Francis Joyon has felt perfectly at ease aboard his impressive boat. In Nice he was given the go ahead by the French Sailing Federation to use the famous bicycle out on the deck, which works the winches using leg power.
Comfort and ease
While the main part of the work that is being done to prepare the boat for the Route du Rhum involves getting to grips with the new foils added last winter to the IDEC SPORT boat, which already performed exceptionally well and safely, there is now a long list of minor improvements that Francis Joyon would like to see to offer more comfort and ease when sailing his boat single-handedly. “Over the past few weeks we learnt a lot about how to make the most of the foils,” explained Francis Joyon, “understanding the angle to apply depending on wind conditions. We still need to see what happens in stronger winds. There are a lot of tiny details to work on with the crew during the summer before I set off alone.”
Pleased with the enhanced performance of the boat that has come with the new shape of foil and the T-shaped rudders, Francis is looking ahead to getting the boat in solo mode for the Route du Rhum and preparing her for stronger winds. “I need to sail in winds of twenty knots or more to identify the angles and settings for those conditions. The extra work on the autopilots will be done alongside these studies.”
Simple and smooth
Joyon and his team are also aiming to make the manoeuvres as simple as possible. “All of the lines come back to the cockpit and the manoeuvres have to be smooth,” he added. “I’m trying to reduce the friction and the risk of wear and tear by using small blocks and thinner lines. Everything that makes the sailor’s job easier is a help when sailing solo. During my solo record attempt last year, the boat seemed to be particularly difficult to work alone. But after that first solo transatlantic crossing on her, I was starting to get to grips with her and today, manoeuvres seem to go much more smoothly. We have done a lot of work on the headsail furling systems and there too, there have been huge gains in time and performance.”
The bicycle gets the go ahead
Among the most visible modifications apart from the aforementioned foils, IDEC SPORT will be getting a new gennaker. “Our set of sails has already clocked up more than 60,000 miles, if you add together the two Jules Verne Trophy attempts and the two transatlantic crossings. It’s time for a new gennaker,” stressed Francis. The famous bicycle installed by Franck Cammas in 2007 when the VPLP designed boat was in the colours of Groupama, is back.
Just like Cammas before him and Loïck Peyron in their winning Route du Rhum races, Joyon, who enjoys cycling, will also be using leg power to trim the headsails and mainsail when taking in a reef. “The bicycle doesn’t make it faster to set a gennaker, as this still takes a quarter of an hour. It does however offer greater comfort and makes it easier. I like cycling and I’m pleased that the French Sailing Federation has approved this change.”
Francis Joyon is quietly preparing for his seventh Route du Rhum in Southern Brittany. He has never won this sailing classic, but did finish second in 2010. Facing ever stronger competition with more advanced machines, the holder of the Jules Verne Trophy surprises everyone by remaining relaxed and enthusiastic. “I’ll be doing my utmost to have a great race between St. Malo and Pointe à Pitre. For my seventh attempt, it would be nice to succeed for once…”
Check out the full gallery here.