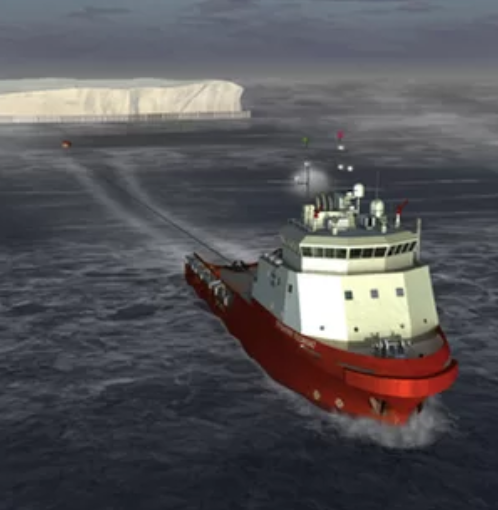 With Cape Town very narrowly escaping Day Zero over the weekend (for this year, but obviously the problem is not going away), water scarcity is back in the spotlight and for a familiar reason: Someone wants to tow an iceberg from Antarctica again.  This time, it’s gonna wear clothes.
Harebrained iceberg-towing schemes are something of a meme in maritime history, as explained in a great piece from The Atlantic:

Every few years for the past couple centuries, even before the large-scale cultivation of marijuana, this idea occurs to someone: What if we towed an iceberg from the poles, where there are no people, to some dry, populous place and then melted it into freshwater?
In some cases, that person has ginned up a company to try to make it happen. In others, they’ve written reports for the RAND Corporation or turned the idea into the basis for a thriller mass market paperback.

Long-distance iceberg towing is one of those ideas that will not die but never really springs to life either. It exists in a kind of technological purgatory, dressed up in whatever technology is fashionable during an epoch and resold to a happily gullible media.

Skeptical hippo may not think much of the South African idea, but proponents point to many reasons to take this idea seriously: The guy who has been proposing to tow a kilometer-length ice island thousands of miles has some serious cred to his name, there is no doubt that textile insulation has come a long, long way since the previous schemes, and the costs to build enough desalination plants for the area is eye watering.  Sloane promises that “if they tell us to go now, we can have it here by Easter.”
No word yet on how much it’ll cost to get your company logo on that iceberg’s sweater.

i gotta get into this