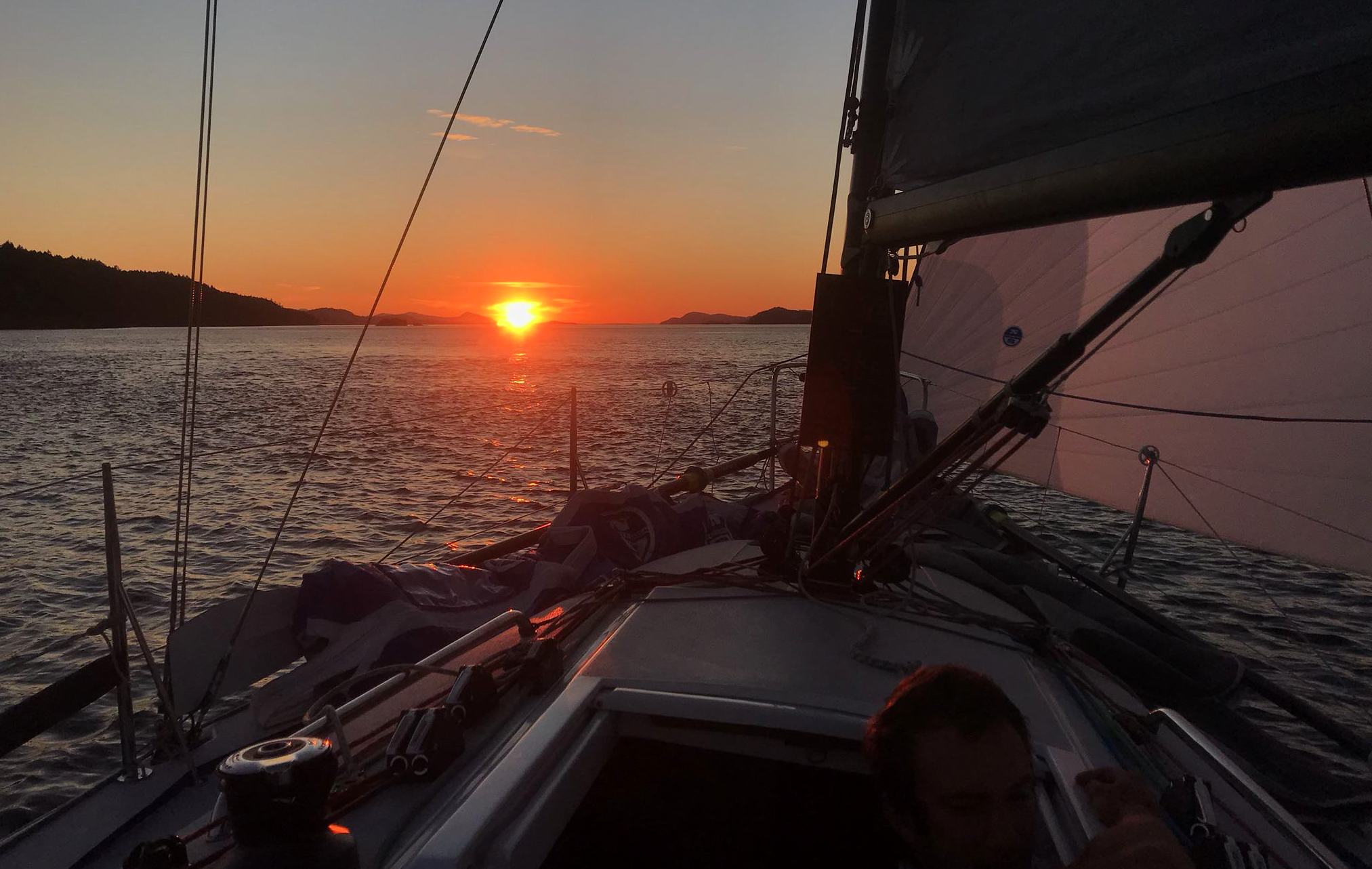 Wow! Big gains overnight for Team BlueFlash. As expected, the southerly breeze came and brought them back into this race. I’m sure there are smiles onboard this morning, as they are finally getting a chance to show they are good sailors.
They took 10 miles out of almost everyone, sailing away from the Olson 30 Dreamcatcher, and taking time out of the leaders.
I’ll reveal my secret weapon now: It’s called the A2PHRF kite. At 103 sq meters, it’s much bigger up top than the typical 89 sqm J88 kite. Great for this stuff. Version one took us to several victories (until Cal Offshore week when it went from 20 to 30 knots quickly and Andrew H (included here so I can tease him yet one more time 🙂 found out that at 19knots boat speed even he can’t keep the J88 from wiping out when the rudder cavitates). So we shredded that one.
But version two was cut even better for some reaching, and used only in the Mac race (served us well). New sails are fast!
The big story: The girls are nearing the tidal gate at Seymour narrows, but they are going to miss the 10:30 ebb by a hair! That means they get their turn to sit while the Blueflash gets until 4:30 to get there. So it’s race restart at Seymour Narrows!!!
Then they all go thru and guess what? It’s a 10.6kn flood! So they all sit on the other side in Brown’s bay until 11pm. Then when they finally get the ebb….there won’t be any real wind!
So it’s river sailing in light wind and current. Sean and Grant have been racing in that condition since they were 8! I like their chances. Going to be tricky at night too….
This just got interesting…..
Scott