…Did ya even once think about putting up the things that your boat has in it’s name? You know, they call them sails as in sailboat? Really, you tried to anchor instead of unfurling the genoa and hoisting the main?  We’d say ya got what ya deserved… 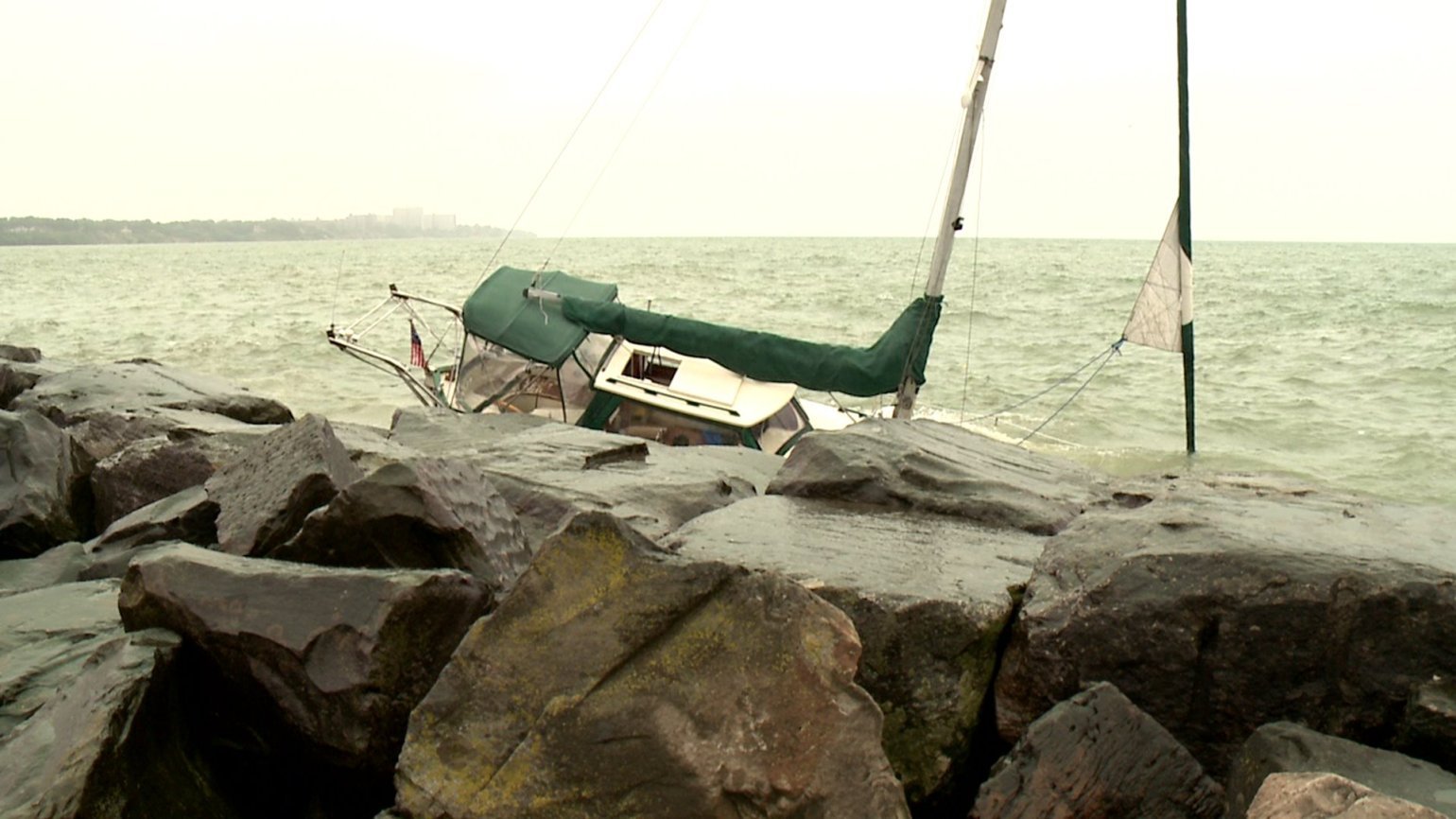 The Wayward Wind was pulled way off course. The 30-foot sailboat and three on board were in Lake Erie Saturday when around noon the boat’s engines malfunctioned and shut down.
“They had mechanical malfunctions so he threw his anchor out. The anchor didn’t catch the bottom and with the sea state and the winds coming out of the north it actually pushed him on the rocks,” explained Petty Officer Chris DiGiovanni with the U.S. Coast Guard.
The boat rammed repeatedly into the breakwall near Edgewater Park. Its wooden sides were cracking and breaking. The boat owner called for help and within five minutes the Coast Guard arrived on scene. A woman on board had jumped from the boat into the water and was wearing a life jacket. Read on, thanks to fox8.

i want the wheel