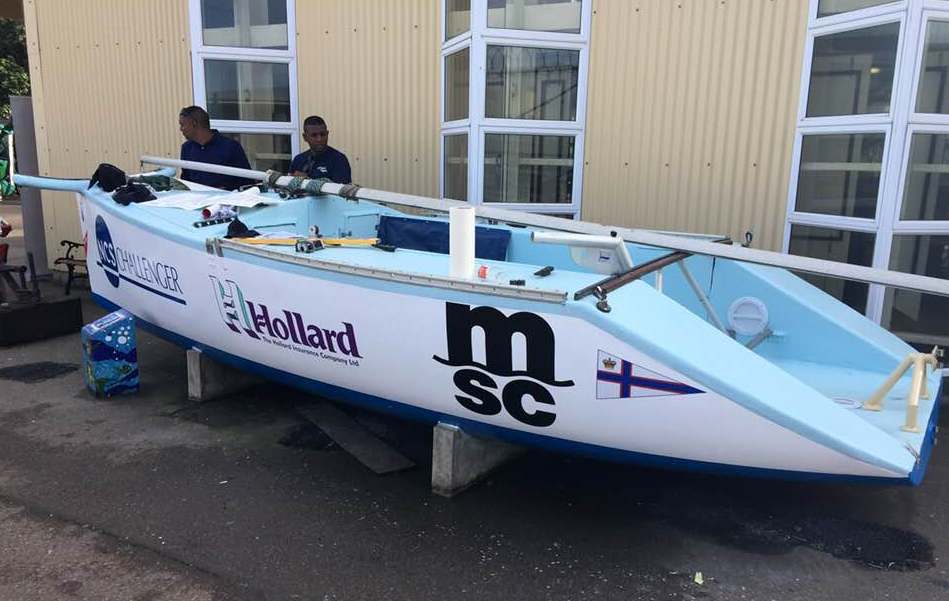 I don’t mean to be too picky about this but I was not the one that started it.  I wrote a piece about the amazing solo circumnavigation by the Polish sailor Szymon Kuczynski and compared it to a similar small boat voyage done by the South African sailor Ant Steward back in the early nineties. Ant sailed his tiny 19-foot yacht singlehanded around the world in an epic adventure that had him shipwrecked in the Seychelles Islands after hitting a reef. He was able to fix his boat and closed the loop on one of the most extraordinary sailing voyages of all time.
I called his boat an Open Boat. That’s the term that the yachts’ designer Dudley Dix used and I repeated it without knowing what a quagmire I was about to land myself in. Let’s just be straight about this. The boat is a 19-foot dinghy with no protection. Seems pretty open to me, but apparently not to the esteemed ocean voyager Webb Childs.
You see Mr Childs, a man for whom I have great respect, felt it necessary to chime in and point out that Steward’s boat was not an open boat and therefore it should not be referred to as an open boat. Webb added a picture of a Drascombe Lugger, clearly an Open Boat and the one, I presume, that Webb himself sailed most of the way around the world. I appreciate the correction and again, I have much respect for Webb Childs, but his narrow view of what qualifies as an open boat excludes just about all dinghies and small boats that currently exist including a laser and 420.
The quagmire that I discovered was, what seems to me, a blatant attempt by Webb Childs and a man by the name of Nobby Clarke, the person responsible for deciding what voyages make it into the Guinness Book of World Records, to make sure that Ant’s voyage did not qualify. Childs and Clarke went so far as the write an “Open Boat” rule that allowed the yacht that Webb sailed to qualify, but not Ant Steward’s yacht and to this day Guinness does not recognize his voyage.
I think that’s highly unfair and we should set the record straight. Let me point this out. Ant Steward sailed all the way around the world. Childs did not. He missed the Atlantic, the Caribbean Sea and part of the Pacific, the hard part, the long windward slog from Panama up to San Diego. It was still an impressive voyage and I am definitely not taking that away from him.
I don’t like rules and I don’t like rule makers. In my experience they let the little power that they have go to their heads and I think that’s exactly what happened here. As I understand it Guinness has said that going forward they will not be recognizing anyone’s voyage in a small craft. I think that they are trying to discourage people from doing ridiculously stupid things just in order to make it into the record books. Ridiculously stupid things done on a sailboat will not qualify, but shoving a half dozen packs of hot dogs down your throat in the space of a couple of minutes is just fine I guess. See what I  mean about rules and rule makers? Discuss.
– Brian Hancock