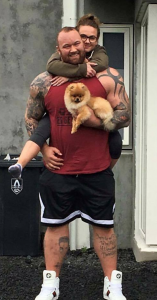 Fallout continues after World Sailing’s 2024 Olympic event selection shitshow the other day, which saw the members of the sport’s governing body ignoring the last few years of progress (and once again, its own Events Committee) on their way to choosing a 2024 Olympic Events slate that in most ways preserves the status quo and completely ignores the IOC’s mandates – despite claiming it follows them.
You can talk here about the Romanian submission which was eventually selected, but without understanding the politics behind these types of votes, you won’t really get it.
The most important thing to understand about the submission is that it is mostly an attempt to change the definition of ‘mixed’ in order to sneak extra events past the IOC and allow the Finn to stay in the Games.  It’s also got at least one monster error about women and body weight. Neither problem stopped Submission M22-18 from winning, so let’s take a look.
The way things are for Tokyo, Olympic Sailing has 10 events: 5 men’s events (Laser, 420, 49er, Finn, RS:X), 4 women’s events (Radial, 420, FX, RS:X) and 1 truly ‘mixed’ event (Nacra 17) where men and women compete together.
Under Submission M22, Olympic Sailing would still see 10 events, with men ((Laser, 49er, new Windsurfer), and women (Radial, FX, new Windsurf) each getting 3.  The mixed Nacra would still be a co-ed crew as would the new mixed 470 class, but what about those final two ‘mixed team’ events?
First is ‘mixed kiteboarding’, which is really just men and women’s separate kiteboarding with combined scores.  It’s not like running or swimming ‘team’ relay events we’re used to, where athletes already competing in other events race in these.  The new proposed classes are entirely new events with riders who won’t be competing otherwise, so while World Sailing and the IKA spent millions to ensure that kiting was fast-tracked to the Olympics under the World Sailing umbrella, it’s  only worthy of a single ‘team’ event.  Like the multihull, a second-class citizen.
Finally, let’s look at the ‘Mixed One-Person Dinghy’ event proposal, which goes through some tortured logic on its way to accomplishing the real goal for the entire submission: To keep the Finn in the Olympics.  There’s one reason the Star was so hard to kick out of the Olympics: Lots of the rich old yachties who run the sport sail them and love them.  And if you think lots of privileged old guys sail the Star, wait til you see how many sail the Finn!
Anyway, working with some well-known Euro rabble-rousers, the Romanians started with ‘keep the Finn’ and then backed their way through the rest of the slate to come up with the only gender-neutral solution for their orphan Heavyweight Dinghy: Ditch the 470 and come up with a women’s Finn that will combine points with the men, and call it a “Mixed Event”.  The Romanians even picked the ideal woman’s size for crew of the new dinghy to be “around 70kg” (155 lbs) or about the same size as many of the top Radial, Nacra, and FX crews and many of the boardsailors.
One problem: In many countries, the pool of woman of that size just ain’t big, and that leaves only two spots in all of Olympic Sailing for smaller women: Helm on a new mixed 470 team, or helm of a Nacra with a big male crew.
The excellent PR team behind the Finn Class rushed to correct the Romanian fuckup, writing this morning that the 70 KG number will be changed, and that the “Equipment Committee will define the criteria to decide the equipment in November 2018, with the intention to have a one-person women’s boat to suit a different physique.”  Translation: The Finn FX or whatever will be for little thangs: a lightweight boat for lightweight women.  Our guess is the ideal weight will be targeted at somewhere from 50-55 KG, square in the typical 470 skipper’s sweet spot.
If this is what really happens, we obviously don’t mind it.  Men get the Finn so that neanderthals still have some chance to get some metal, and the spinners get some hobbit-sized Finn cousin that swamps if you get aboard after eating a big sandwich.  Just think of the visuals, or look at this shot of an ideal Finn body and a gorgeous potential SlimFinn racer for a great example.
As for the overall proposal, we think it is a mistake to walk away from the ‘offshore’ event proposal, which, aside from kiteboarding aerials (if it ever happens and if it is even remotely related to sailing) is probably sailing’s only real chance to go mainstream at the Olympics and teach the world sailing in a way they can understand.
But at least all the 470 chicks will have somewhere to go play.  We will most certainly be watching.
Don’t understand the title? Science class for you.