how hot is the new ran?

Even CNN is paying attention (albeit for different, if not more important, reasons than most of us)…. 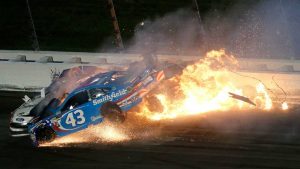 (CNN) He founded Skype and is a key figurehead in the tech sector, but now Swedish billionaire Niklas Zennstrom is pioneering electric propulsion systems in racing yachts.
The 52-year-old is a long-time competitive sailor with a succession of boats named Ran, but his latest yacht is pushing the boundaries of technology with a greener, lighter and more efficient electric power unit.
Ran VII, the smallest of his yachts to date, is a stripped down 40-foot racer which will compete on the Fast40+ circuit. The revolutionary electric motor — needed to maneuver out of berths, drive to the race course and for longer passages — was the brainchild of Carkeek Design Partners, a Majorca-based yacht design business founded by South African Shaun Carkeek.
“Having gone through the design, build and initial test cycle there is no doubt to me that the future for racing yachts is electric propulsion. It’s lighter, less drag, quieter, and most importantly it is environmentally friendly,” said Zennstrom.
But Zennstrom, who now runs technology investment firm Atomico, believes Ran VII is “the most radical” of his racing yachts. “For sure, other companies have done electric propulsion systems but at this stage no one is doing what we’ve done in terms of optimization of the system into the performance side of the market. That’s where this is pretty unique,” Carkeek told CNN Sport.
Carkeek has been at the forefront of yacht design for more than two decades, with work in a host of high-performance areas such as the America’s Cup, Volvo Ocean Race and the Grand Prix racing circuit.
His team had been exploring electric propulsion “for some time” in leisure boats and areas such as the development of sustainable fishing fleets in Pondicherry, India. When discussion with Zennstrom came around to an electric motor for his new yacht, Carkeek said, “We believe we can do it.” – Read on.

the bottom fell off