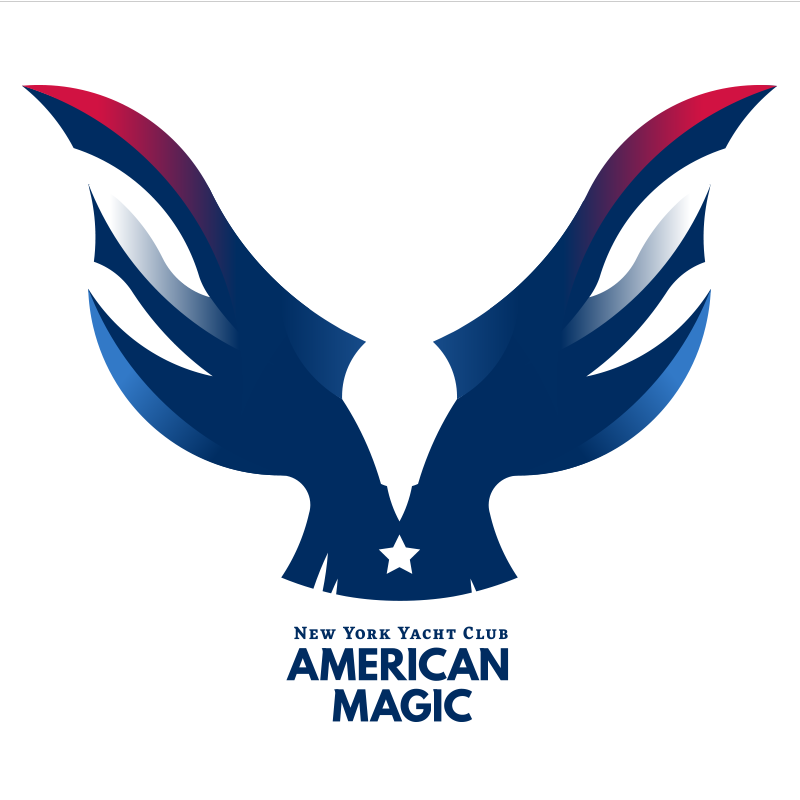 Surely this is a leftover April Fool’s joke?? A New York Yacht Club America’s Cup effort that is called American Magic? Oh, they are going to need some magic if they think they are winning shit.

Why not call it “American Exceptionalism”? Maybe because Sarah Palin has the copyright on that particular bit of absurdity? Given the right wing bent of NYYC, perhaps they should have called this already laughable America’s Cup effort, “Manifest Destiny.” Fuck yes!

This jingoistic slogan is perfectly matched to this odd logo of an eagle (apparently of the bald variety – like most of the male NYYC members) – looking down at where his genitals would likely be, and wondering who the fuck put a white star there instead. Perhaps it is actually quite accurate of how neutered this country has become under Dolt 45?

But wouldn’t it have been more bad ass if the eagle had a giant hard on with a couple of weighty testicles hanging low? Now that screams ‘Murica!

Whatever, the truth is that we don’t know dick about what this uber elitist YC AC thing is all about, but god damn if they don’t already look hokey. – ed.