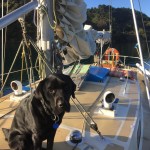 The Environment
Many people have tried to find ways of preventing hurricanes before they make landfall, resulting in the loss of human lives. Norwegian researchers believe that the answer lies in cold bubbles.
In recent years we have witnessed intense tropical storms that have taken many thousands of human lives and caused massive destruction. In 2005, Hurricane Katrina killed more than 2,000 people and caused damage worth about $110 billion. In 2016, Hurricane Matthew swept across Haiti, taking 852 human lives and destroying many towns on the island.
Warm water is the problem
Tropical hurricanes are generated when masses of cold and warm air collide. Another essential factor is that the sea surface temperature must be greater than 80°F.
“Climate change is causing sea surface temperatures to increase”, says Grim Eidnes, who is a Senior Research Scientist at SINTEF Ocean. “The critical temperature threshold at which evaporation is sufficient to promote the development of hurricanes is [80°F]. In the case of hurricanes Harvey, Irma and Maria that occurred in the Gulf of Mexico in the period August to September 2017, sea surface temperatures were measured at [90°F]”, he says. So to the big question. Is it possible to cool the sea surface to below 80°F by exploiting colder water from deeper in the water column?
Many have tried to address this problem in the past. People have suggested towing icebergs to the Gulf of Mexico from the Arctic. Others have proposed seeding clouds with sea salt in order to make them whiter, thus increasing their reflectivity and so reducing sea surface temperatures. Attempts have been made to use aircraft to release dry ice in the vicinity of hurricanes with the aim of increasing precipitation as a means of dissipating energy. “However, none of these ideas or suggestions have been great success stories”, says Eidnes.
Read on.