two dead down under 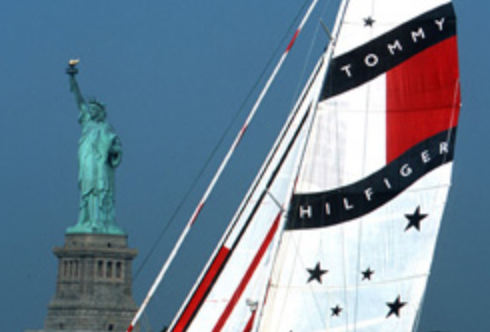 Two sailors are dead and several others deeply traumatised after a well-known West Australian yacht overturned in windy seas off Mandurah. Police are still trying to piece together what happened to Finistere, a three-time Sydney-to-Hobart yacht skippered by popular Fremantle yachtsman Ron Thomas, late on Friday.
The Davidson 50, taking part in the Port Beach to Bunbury Return regatta which started six hours earlier off Fremantle, was a regular participant in the Geographe Bay Race Week and the Geraldton Ocean Classic. It is believed Finistere’s crew of six were experienced sailors.
The drama began when one of the crew let off their distress beacon just before midnight as the yacht — one of a small fleet heading south — was about 11 nautical miles south-west of Mandurah.
The signal was picked up by the Australian Marine Safety Authority in Canberra which then attempted to contact the boat via radio without success.
When Finistere’s tracker failed to update itself 15 minutes later, AMSA contacted Fremantle Water Police and the RAC Rescue helicopter which was fortuitously conducting training exercises in the area.
The chopper was on the scene within 30 minutes and found Finistere upside down and and two other yachts taking part in the Royal Freshwater Bay Yacht Club hosted event, Huckleberry and Fourth Dimension, arrived a short time later and between the two boats were about to pull five of the six crew aboard. While four of the sailors were not seriously hurt, one of them, believed to be a middle-aged man, was dead. A sixth crew member could not be found.
Police began a major search at first light yesterday with the help of five helicopters and an AMSA jet covering a 90 square nautical mile area south west of Mandurah.  Thanks to The West Australian.
Discussion here.

every picture tells a story, don’t it?