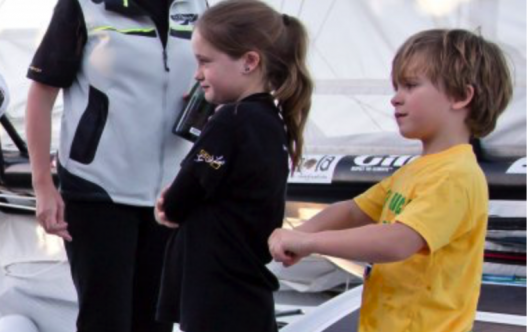 I read on Sailing Anarchy that there is a push afoot to raise money to get Fazisi restored and back out sailing after being wrecked in the recent hurricanes, and I fully support that effort. I think that the old girl is a bit like a cat with nine lives and still has a few left so let’s hope for a good outcome. At the other end of the spectrum is a similar effort to get Suhaili, the yacht that Robin Knox-Johnston sailed around the world in the first Golden Globe race, into the National Register of Historic Vessels in England.
You would think that this is a total no-brainer. The yacht is not only a part of sailing history, but also part of cultural history. It changed the way we viewed possibility. If one man on that tiny double-ender could lap the planet without stopping then anything was possible. But of course there is an issue, there always is, and that’s the reason for this site.
You see in the UK, like many countries, they have bureaucrats and there is always someone there with pen to enforce the rules. Apparently for a vessel to be included in the National Register of Historic Vessels it has to be a certain length and Suhaili is a scant seven inches, or for the rest of the world, 18 centimeters too short. As of now they are not allowing the boat to be included. Can you imagine? I guess to the Brits size really does matter. As a result of this absurdity there is a petition on change.org to get the boat accepted. I rarely sign petitions because as soon as you do your inbox gets flooded, but I signed this one and I urge you to do the same.
I have a special memory of sailing on Suhaili. I was part of the media team for the 2002/03 Around Alone Race and was working closely with Robin, or RKJ as he’s affectionately known. We were in England as the first boats were approaching the finish in Brixham. It was late in the afternoon and we were getting the media RIB’s ready when Robin took me aside. “Let’s go for a sail,” he said. He was the boss, who was I to argue? We went down to the marina and jumped aboard Suhaili. I was thrilled. I had been eyeing the boat longingly but didn’t want to ask if we could go for a sail. Of course we sailed off the dock and with main and jib raised we sailed out into the English Channel.
There was a steady breeze blowing and Suhaili was rail down. Just as the sun set spluttering and sizzling into the water ahead of us we saw the first competitor coming in on a close reach. The Swiss sailor Bernard Stamm was aboard his IMOCA 60 Bobst Group and had a decent lead over the second place boat. He saw us and altered course slightly. I have a crystal clear memory of this modern flying machine roaring by.
The juxtaposition of one of the most modern racing yachts, and Suhaili, was unreal. We eased the sheets and followed in Stamm’s wake. “Take the tiller,” RKJ instructed. “I need to go below.” I took the helm and heard him clanging around in the tiny galley. I tried to imagine what it must have been like to be alone on the boat for the 312 days it took to sail around the world, and couldn’t. There was no place in my mind that could compute.
Robin appeared back on deck. He had a hip flask and a couple of cups with him. “Here,” said handing me a cup. He then poured a stiff shot of gin into my cup and I mean a stiff shot. It was almost a cupful. It was dark by this time and the lights on land twinkled. We were sailing in a gently dying breeze, just RKJ and myself aboard this magical little yacht that had sailed so many miles. I do believe that boats have personalities; that boat sure does and I hope that you will sign the petition. Here is the link.
Thank you. – Brian Hancock