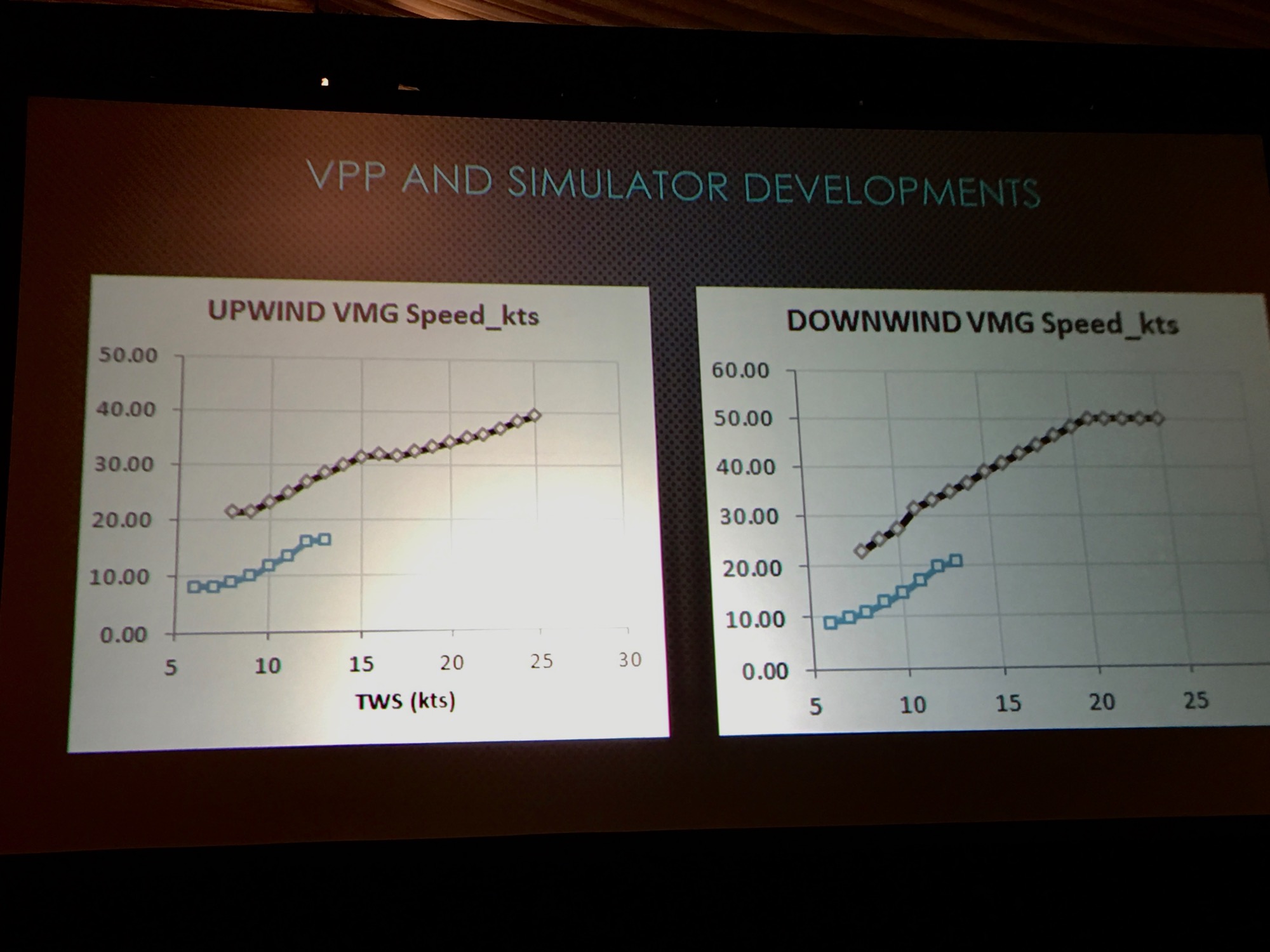 UPDATE: Several bright Anarchists pointed out that the whole ’40 knots VMG’ thing doesn’t pass the reality test, and that the poorly labeled VPP graph above actually refers to actual boatspeed on VMG courses upwind and downwind. Even so, the numbers are still ultra impressive and significantly faster on most points of sail than an AC50 – or any other course racing boat on the planet.  According to a slide shown during the 90-minute Bella Mente Quantum Racing presentation at this morning’s US Sailing Leadership Forum, the America’s Cup 75 might hit 40 knots of upwind VMG in 25 knots of breeze, and according to Terry Hutchinson, they should be quicker than the AC50 once on the foils.  Have a look at the polars above

for the details, and here’s a look at an early Botin concept drawing of what the AC75 might look like. Head to the Foiling AC thread for discussion.

While of course you’re never going to get any real secrets out of them, Hutch’s presentation had some interesting bits and pieces and is worth a watch – it’s here.  Clean’s interview with him is quite a bit more intimate.  See below.