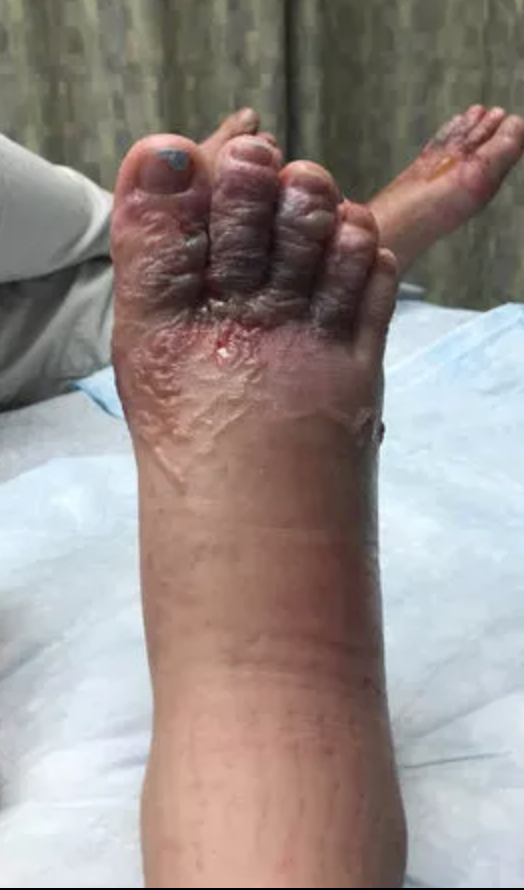 The NE coast of the Dominican Republic is one of the world’s ultimate sailing spots for those who love warm water, breeze, and big waves.  With average wind speeds in the high teens blowing against the perpetually NE-running current, it’s the New World’s mecca for kiteboards, windsurfers, and one of the world’s most interesting Laser training centers.

We have nothing but good reports about the kiting and sailing mecca of Caberete that our readers are probably familiar with, but 200 miles to the East is a different story.  And after reading an article the other day in the London (Ontario) Free Press about a couple’s problems on the beach in Punta Cana, we ain’t going anywhere near any beach in the DR.  Here’s why:

Windsor couple Eddie Zytner and Katie Stephens can’t help but regret a recent trip to the Caribbean — but so would anybody who came home with parasites burrowing in their feet.

“I have dozens of worms in my feet, and so does Katie,” said Zytner, 25, on Friday. “It’s kind of sickening to think about.”

Stephens, 22, added: “It’s pretty gross. It’s something living in your body that’s not supposed to be there.”

Both Zytner and his girlfriend Stephens are currently suffering from cutaneous larva migrans — better known as hookworms.

The disease is typically contracted in tropical environments by walking barefoot in sand or on moist soil. Near-microscopic nematode larvae enter mammalian hosts by migrating through the skin.

As depressing as it is, medical advice about hookworms is pretty clear: Always wear shoes on the beach, never sit down directly on the sand, and wipe yourself down with alcohol after you get off the sand.  And not only is the worm found throughout the DR, but it’s pretty much everywhere that’s hot and wet…

Title shout to the best sequel marketing slogan ever.

when you wish upon a star