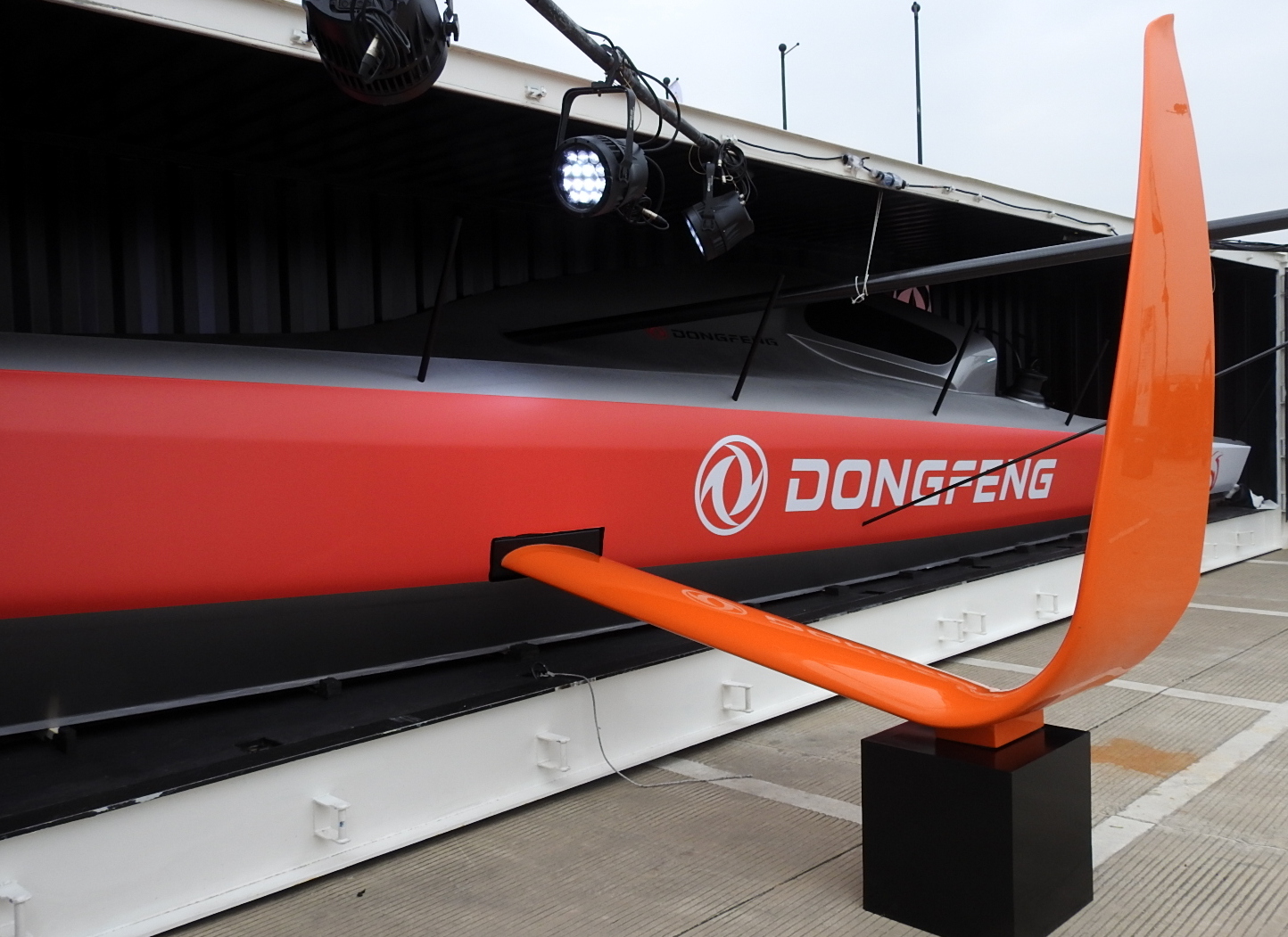 There has been much talk, hyperbole, criticism both knowledgeable and ignorant about the potential replacement for the VO65 including that it was what drove the wedge between Mark Turner and the board, that is or isn’t any use as a dual purpose boat (IMOCA & Volvo) that it should have more protection for the crew or be kept closer to the extreme.

Well, in Nansha Marina at the Guangzhou VOR Stopover she, or rather her concept has received her first public viewing of the “Super 60″and one almost doesn’t have to be a sailor to see that she is radically different to anything the Volvo Ocean Race has raced before.

From her smoothly contoured deck, the wheels much further forward to the deck spreaders and most noticeable of all her Dali foils she certainly looks fast, or at least the part of the mock up that would fit into a 40 foot container looks fast as there was no room for bow or stern.

She looks low volume and although the underbody wasn’t on show, talk of most sails being on furlers and a smaller crew which less sails and need for stacking would allow for, means not so much room needed below. She clearly doesn’t lack power as evidenced by the two Harken pedestals in the cockpit and without the covered cockpit is still likely to be a wet boat with the crew exposed both to the weather and of course the heli or drone footage.

However, like any good ‘tease’ there was enough on show, but also enough not rvealed to leave a red-blooded sailor wanting more and thinking that this could be an exciting development for the next edition of the race.