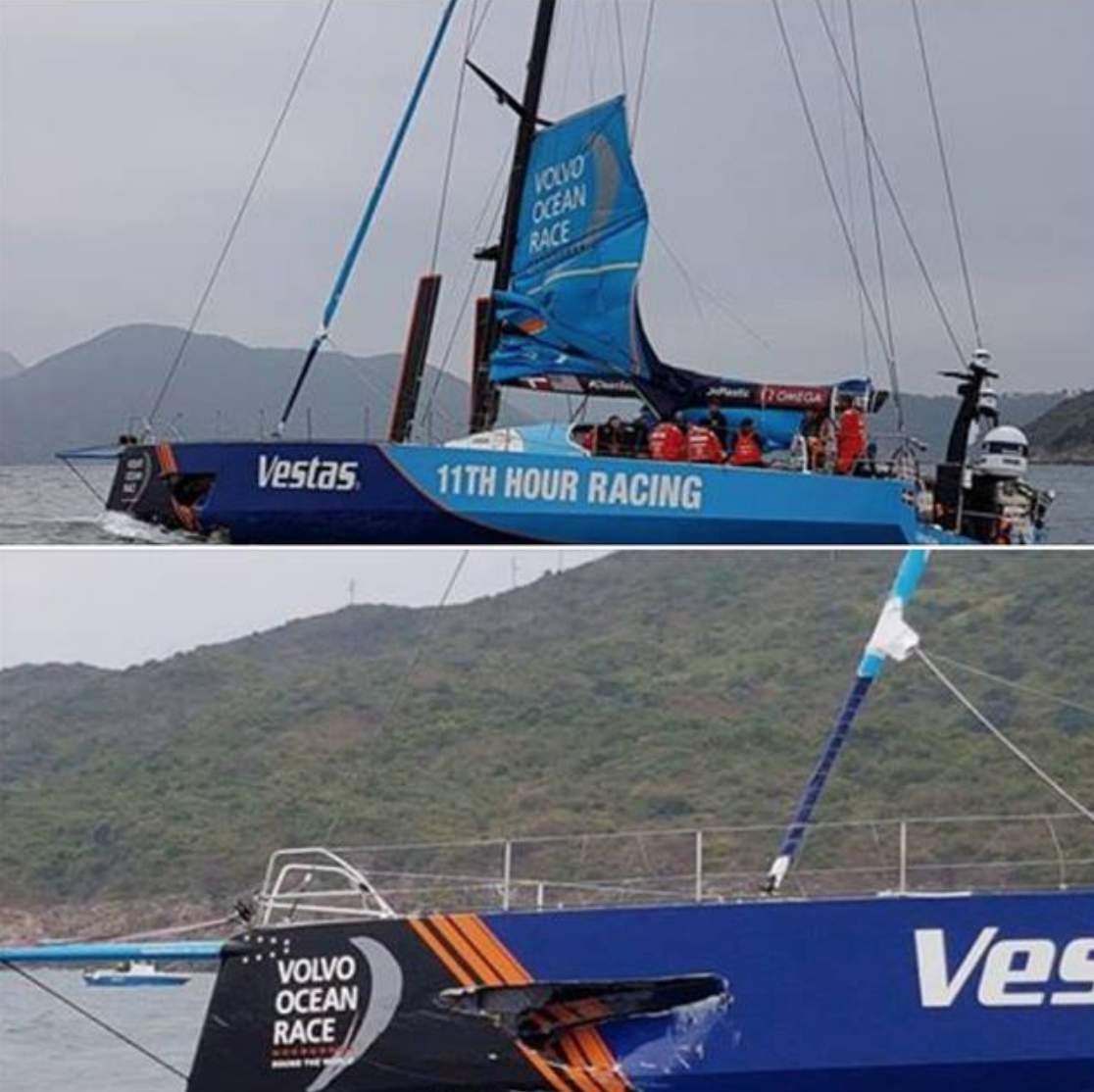 2 minutes ago, Hong Kong’s Oriental Daily News reported that a Chinese fisherman died in a collision this morning and the coincidences are way too strong for it to be anything other than the fishing boat involved in today’s collision with Vestas 11th Hour Racing.  NOTE: This is a legitimate news source claiming to have confirmed the death with Eastern Hospital, but we HAVE NOT BEEN ABLE TO CONFIRM THIS INFORMATION WITH THE HOSPITAL.  Translation from SA’er ‘BLAK’ and Google:

A collision between a yacht and mainland Chinese fishing boat to the East of Waglan Island at 2:32 AM, police and firefighters responded.  10 of the fishing boat crew went into the sea and were rescued, one of them sent to hospital in a helicopter and seriously injured.  Confirmed dead at 6:30 AM at Eastern Hospital. The police are investigating the incident.

Oh, shit.  This changes everything.
And now there’s another:

At about 2 am, a sailing vessel was engaged in a collision with a fishing vessel off the Mainland on the east of Waililan Island. After the accident, the fishing boat sank and 10 people fell onto the sea and were rescued. However, one of them He was seriously injured and was taken by the Government Flying Service helicopter to Eastern Hospital for treatment. Unfortunately, he was eventually declared dead. Police are investigating the collision between the two vessels.