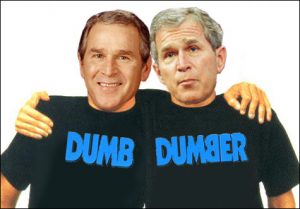 Over the years I have been pretty outspoken about the use of lifejackets and safety harnesses, and have received my fair share of grief from readers who have a different opinion. Basically I view it as a personal responsibility kind of thing. You know when you need either, or both, and it should be up to you to decide what’s best for you. I am, however, having to rethink things a little after the recent man overboard incident in the Volvo Ocean Race.
We are told that the sailors racing in the Volvo Ocean Race are among the very best in the world and they probably are, but if that’s the case how do you account for what happened aboard Team Sun Hung Kai/Scallywag. They were sailing in near perfect conditions, a steady breeze coming from aft of the beam, decent seas and heaps of sunshine. Crewmember Alex Gough was out on the outrigger presumably leading the headsail or spinnaker sheet.
The outrigger, by the way, is a strut that juts out perpendicularly from the side of the boat there to provide a better sheeting angle for the headsails and spinnakers. They are on the leeward side of the boat, in other words fairly close to the water, and Gough was out there with neither a lifejacket or a safety harness. He had not even told the helmsman what he was doing and I guess the driver caught a nice wave, took off down it at speed, and in a split second the spray from the bow washed Gough into the water.
To the team’s credit they were able to recover him in around seven minutes and all agree that it was a pretty dumb thing to be doing, but can you imagine what might have happened had it been at night, in colder water, in the Southern Ocean? The chances of stopping a Volvo 65 running at full speed and turning around to go back into the some of those massive seas found down that way is close to impossible. Let alone finding someone who is likely to be in a trough a few waves over and completely out of sight.
But here is the thing. Most of us, me definitely, are too casual moving around a boat especially if the conditions are good. We get complacent and that’s when things can go wrong. The worst time is when the wind has dropped from 45 knots to 30 knots. After 45 knots, 30 feels like a walk in the park, but it’s not. We get complacent and make mistakes. I skimmed through the image galleries on the VOR website and noted that some of the crew were wearing lifejackets, but there were plenty where no one was wearing a lifejacket or harness and the conditions looked pretty gnarly.
This is not the first time a crewmember in the Volvo Ocean Race has been washed overboard. In the first race in 1973/74 there were three fatalities. Paul Waterhouse, Dominique Guillet and Bernie Hosking were all washed overboard and drowned. In the 89/90 Whitbread Race two sailors were washed overboard from the maxi-yacht Creightons Naturally. The boat was sailing in the Southern Ocean when Bart van den Dwey and Tony Phillips were swept overboard. The crew managed to locate van den Dwey. He was unconscious but alive and they were able to resuscitate him and he survived. Not so for Phillips who was found 15 minutes later but he had already succumbed from the cold. In 2006 Dutch sailor Hans Horrevoets, racing on ABN AMRO TWO, was washed overboard about 1,300 miles west of Land’s End. His body was recovered but Horrevoets was dead.
I am definitely not one to criticize and I can assure you I have done more than my fair share of dumb things on a boat, but let’s hope that a lesson has been learned not only by the VOR sailors, but all sailors. – Brian Hancock

and you are there