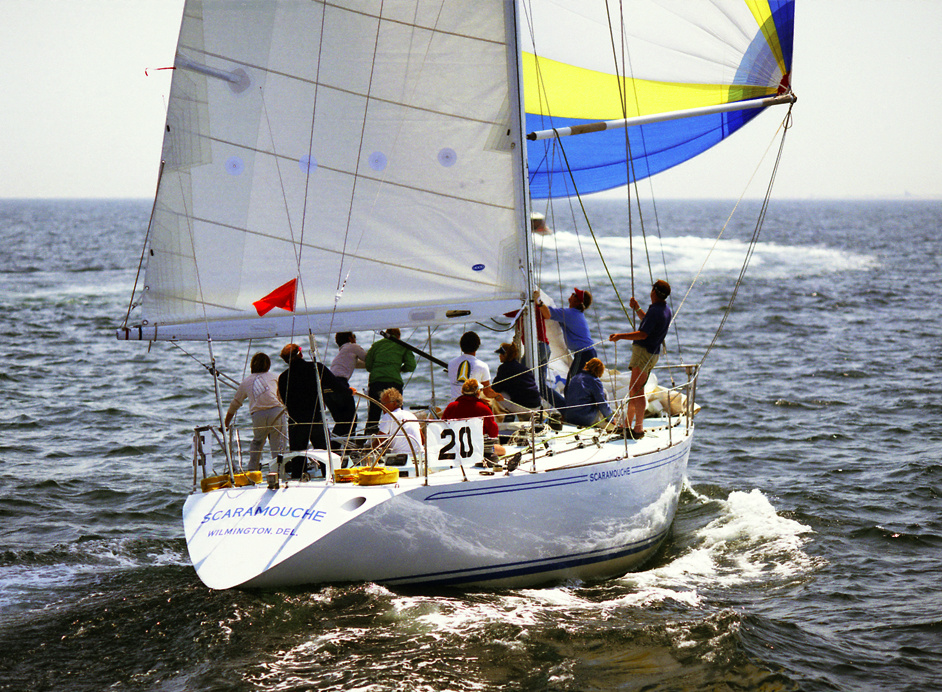 I often wonder what happens to old boats. There must be thousands of yachts that were once commissioned, designed, built and raced hard, and then pretty much forgotten.
I was sure that this was what had happened to a boat I used to race on in the early 80s. The boat was designed by German Frers, built by Palmer Johnson in Wisconsin, and owned by Chuck Kirsh and Jack Batts.
Chuck Kirsh made his money as founder of Kirsh Curtain Rods (one in every home) and Batts pioneered injection-molding coat hangers. There’s money in coat hangers I guess. The boat was called Scaramouche and I was the bowman.
We raced the SORC, a series of races that started on the west coast of Florida and ended on the east and we did well enough to be chosen to represent the USA at the Sardinia Cup in Italy. There were three boats on the American team and with 17 countries represented the fleet was 51 strong. If memory serves Scaramouche was the only “old” boat in the fleet. All the rest were brand new builds to the latest design.
I was working for Hood Sails at the time and remember this cocky Kiwi showing up to helm the boat. I had never heard of him and thought he was a bit of a prick, but damn if he wasn’t good. It was Chris Dickson who later went on to fame and fortune as one of the best sailors in the world. Dickson managed to put us in the right spot for every start and proceeded to demolish the fleet. We ended up coming second overall, quite an accomplishment.
After that we did a couple of Newport Bermuda races and some other regattas and then Batt’s bought a bigger boat and I am not sure what happened to Scaramouche. Well I just found out what happened to the boat and it’s a great story. In London yesterday they held their annual sailor-of-the-year awards and the Junior sailor-of-the-year award went to a 17-year-old by the name of Montel Fagan-Jordan. Montel was the skipper and he and his crew had raced a number of regattas in England and had also competed in the Fastnet Race. 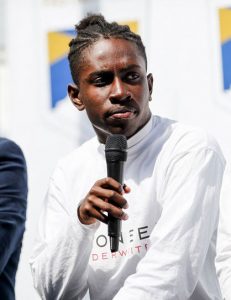 But here is where things get really cool. Montel and his crew were part of an inner-city school by the name of Grieg City Academy. They had wanted to put together a sailing team but funds were scarce. Instead they started a massive fundraising effort by pupils and staff which enabled the school to buy and restore an old 22-foot yacht which they found on eBay. Later they bought another yacht, a 45-foot Frers design by the name of Scaramouche. They paid a whopping £17,000 for the boat.
They entered their first race, and won. They continued to race and continued to amaze their fellow competitors with their skill and determination and qualified for the Fastnet Race, but by that time all the money had dried up. Instead of giving up, Montel and his crew started giving talks. “We gave so many different talks,” Montel said, “There was a period when we did no sailing but 30 different talks in a month.” It paid off and they finally landed a sponsor for the Fastnet. No they didn’t win the race but they did extremely well finishing well ahead of schedule.
So this is a happy feel-good story to start off 2018. I am thrilled to know that the old girl (and I am not talking about my ex-wife, but Scaramouche) still has life in her and almost 40 years since she was launched is still kicking some ass on the race course. – Brian Hancock.