so close but so far 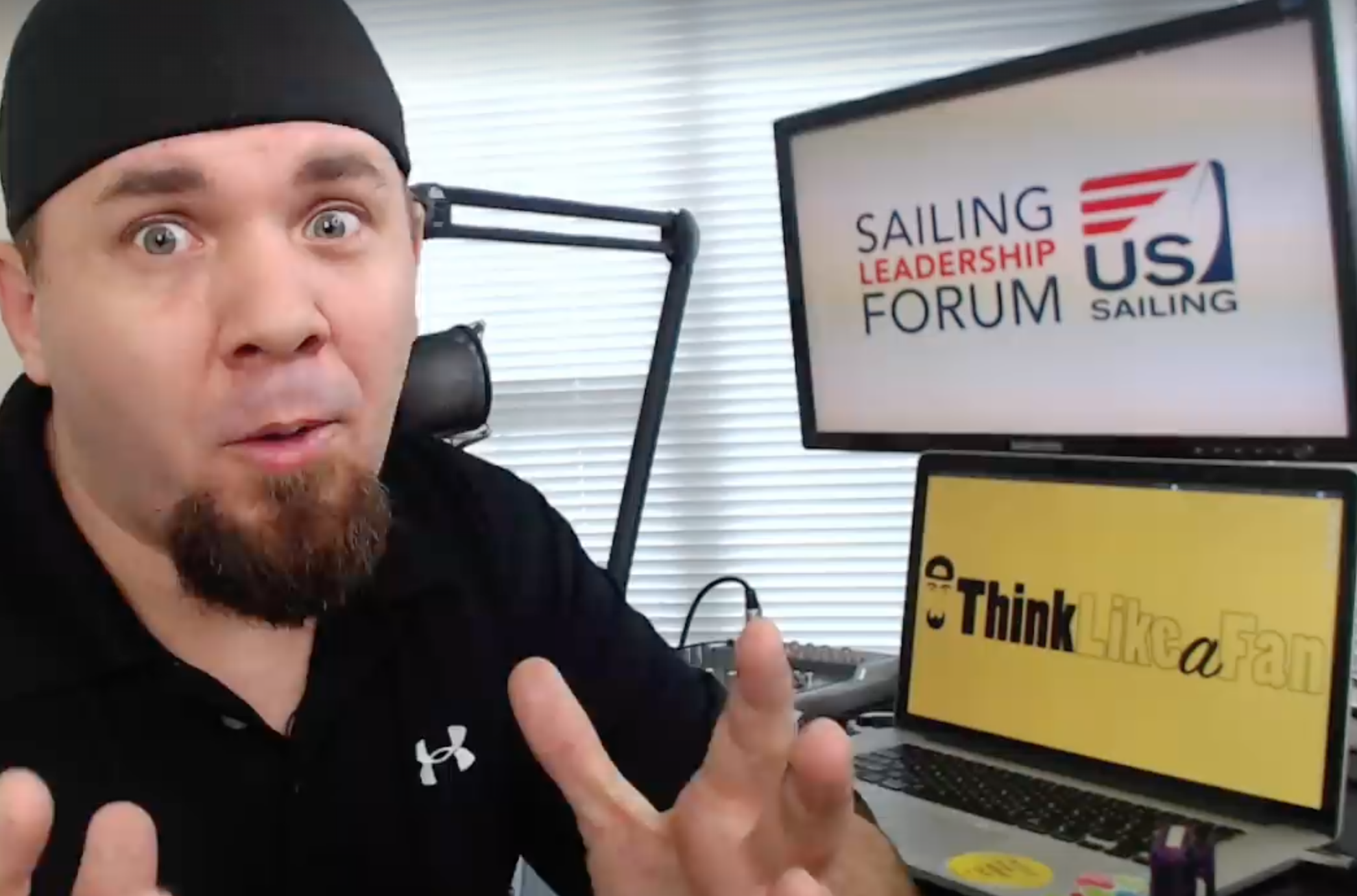 US Sailing’s membership has some of the same challenges as the Republican party: It’s old, white and dying, and most of its members HATE change.  So while we’ve been cautiously optimistic about some of the changes which have been implemented under our National Governing Body’s current leadership (like the ODP for instance) and we note they’ve increased their membership somewhat over the past couple of years, we’re always on guard for the latest cringeworthy attempt to get younger and more diverse.
Fast forward to today, when “Digital Marketing/Growth Hacker” Brian Fanzo announced that he’s the Keynoter for February’s Sailing Leadership Forum in St. Pete.  Fanzo certainly looks the part: Beanie-bedecked, tattooed, and out-of-shape, the mid-30-something wears the right clothes and has the right facial hair to appeal to old people looking to hire ‘one of those Millenials’.
But here’s the strange thing: Fanzo doesn’t seem to be much of a star at all: With just 2200 followers on Facebook, 120k followers on Twitter (but following 73k, which means someone’s been playing with bots), and a Youtube ghost town, Is Fanzo going to bring in the kind of younger, hipper interest that he was hired for?  Or is this just another near-miss by an organization that is so frequently ‘almost there?’
It’s actually stupid to even ask these questions; you already know this pimpy douche is going to be a huge waste of time, especially for the US Sailing bozos….
SA will be at the Sailing Leadership Forum to find out.  If you want to see a ‘Minor Celebrity Cage Match’ between Fanzo and Clean, tell US Sailing.