I saw a Facebook post by our illustrious editor about a head to head contact in an NFL game going unpunished followed by a reply that “it is amazing how you can change a culture by enforcing the rules.” 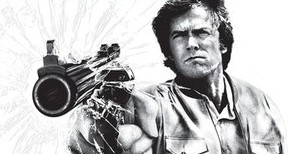 This is so true, if you let people get away with things they will keep doing the same thing again – and again. Sadly there are many occasions where our sport is no better, not one iota!
I have seen a race official harangued about a wrong decision leading to that official allowing redress when the SI’s stated on the water Judge’s decision is final instead of sticking to the published Sailing Instructions.
That cost the rightful third placed boat a prize of a 23 foot sport boat.
I have seen a Jury president (an IJ) forcefully not allowing evidence against a protestee whom I later discovered worked for that same IJ.
I have witnessed a competitor’s Rule 42 violation pointed out to an IJ from the same country where, instead of closing distance and awarding a penalty, immediately reduced throttle to idle and did nothing. The next day a different IJ (from a different country) saw the same thing and immediately flagged turns.
And of course the latest furore where Wild Oats XI tacked too close to Comanche in last month’s Rolex Sydney Hobart Yacht Race and was penalised leading to all sorts of vociferous comments from a host of armchair admirals and keyboard captains about whether it was or wasn’t. Thankfully in that instance there was a well qualified jury with an excellent Jury Chairman who made a considered decision based on the facts and evidence made available to them.
And then, just a few days ago I received  a call from my daughter, currently competing at a World Championship. She had been told by another competitor that on the start line when hooking someone from behind they had to wait 10 seconds before pushing them up and was told this was a recent change (back to the old TIME and opportunity rubbish often quoted). What total bullshit and pure gamesmanship but just another form of disrespecting the rules of the game.
One of the saddest things for me last year was World Sailing feeling the need to publish a specific “Misconduct Guidance” Manual.
In a sport where simple adherence to, and respect for, the rules has proven sufficient for over 100 years we now need a manual on how to deal with misconduct. Perhaps not just because more people don’t conduct themselves properly and fairly, but perhaps also due to a more litigious society. Either way, maybe it is just a sign of the times but not a good sign in my humble opinion.
When asked why I have such a lifelong passion for our sport my answer is usually along the lines “because the right sort of people play our sport” and that is all about attitude and nothing to do with their position in society.
I have never made any secret that Paul Elvstrom is one of my sailing heroes and not just because of his sailing prowess but also his attitude to playing the game fairly. Buddy Melges is another in the same mould that springs to mind.
Ours is often called a ‘self policing’ sport and if we allow people to get away with these sorts of behaviours are we, in a way, not just letting them get away with it?
Shanghai Sailor
Comment here.

another one bites the dust