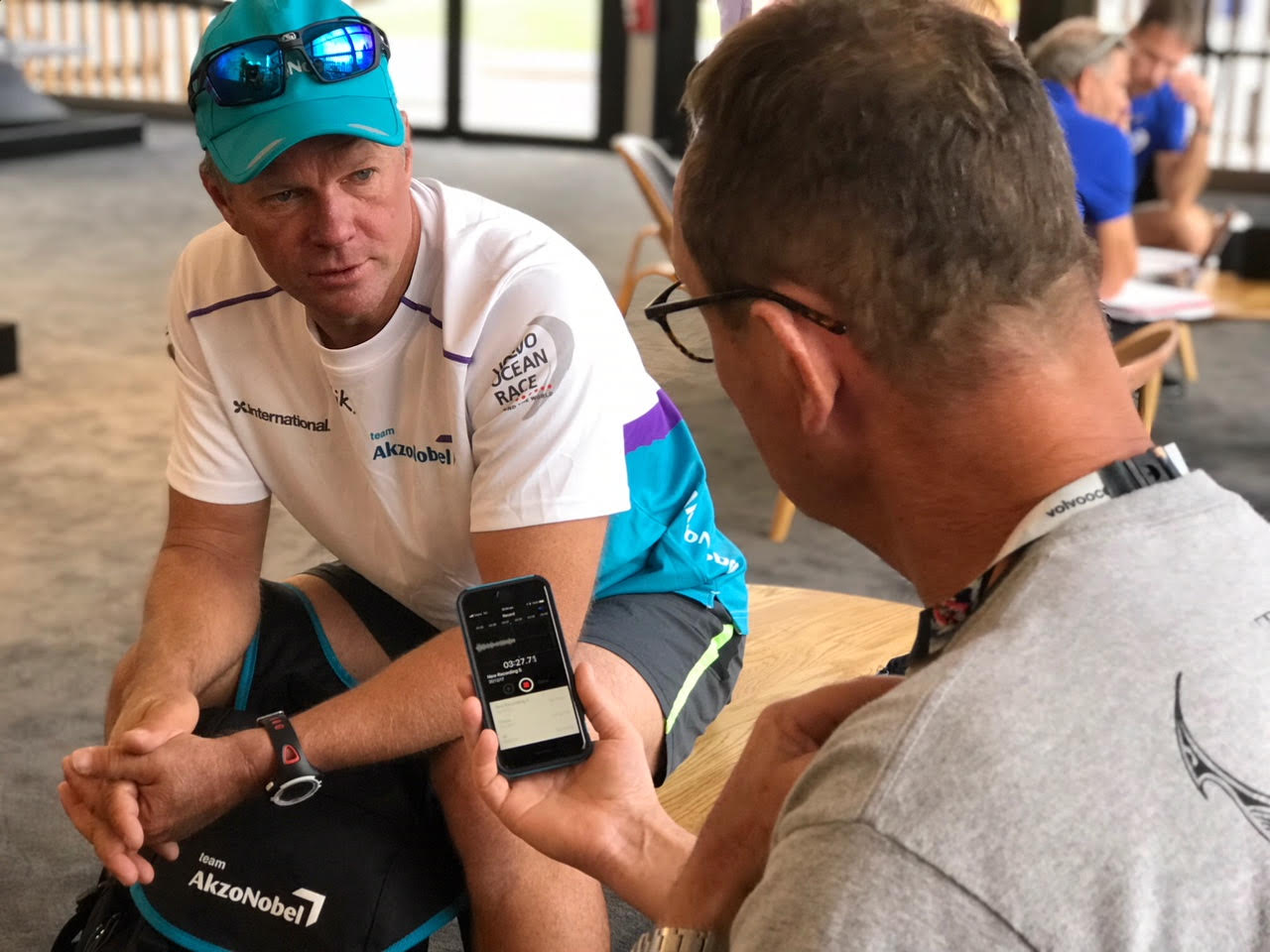 Our VOR coverage brought to you by Musto, Official Clothing Supplier of the Volvo Ocean Race.
I’m down in Melbourne to meet the Volvo Ocean Race teams after their Southern Ocean Leg from Cape Town, and yes its pretty quiet with the Melbourne-Hobart/Sydney-Hobart yacht races on, plus the cricket series against a touring England side taking the headlines, but it is an honour to chat and mix with these crews.
I was incredibly fortunate to race with Dee Caffari and her team On Turn The Tide on Plastic in this years Rolex Fastnet Race, then sail Leg Zero on all other boats except Dongfeng and Mapfre, so I have huge respect for these Volvo sailors, particularly the young crew on Turn The Tide on Plastic and since I have been in Melbourne, a growing appreciation and admiration for the team on Akzo Nobel.
This is a monster of a race. A monster. Don’t let anyone tell you of how tough it was in the old days, the introduction of the VO65 means these boats are being pushed very hard for sustained periods in 40-45 knots of breeze – way more than a Volvo 70 could handle, and in these conditions, things and people will break, and if that happens and your boat speed plummets – very quickly you need to deal with that sea-state that is seriously trying to ruin your day. Gybing to keep the right side of an approaching ice gate in 50 knots is not easy, (neither is slowing the boat and tacking…) and so Akzo Nobel broke battens and ripped the track off the mast. It shouldn’t have happened – but it did, and they fixed it and got here.
And so it is always great be be on the dock when a boat comes in after a Southern Ocean Leg, to look into their eyes and see how they are. Of course it is a huge high for them, coming ashore to meet family and eat fresh food, but it is not long before they are off again. And its a long game this race. Simeon Tienpont knows this – don’t get too low and don’t raise yourself too high, he has had some huge setbacks – but whatever has happened, he has dealt with it calmly.
The same with Chris Nicholson, a sailor of immense talent and another good guy. And the key thing is – they don’t need to do this, nor does Blair Tuke or Pete Burling, or Juan Vila or Rome Kirby, or Louis Sinclair or Martine Grael or Emily Nagel, there is plenty of easier racing to be done. They are doing it because its huge, and hard and fun and utterly brutal. The Volvo changes everyone, and as Gordon Maguire once said, “it is the worst thing you will ever do – and the best thing.”
– Blue Robinson