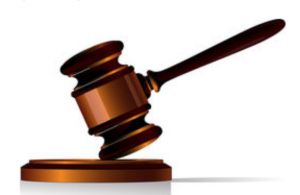 Clean Report
In a decision that will sound alarm bells across dozens of international sport governing bodies, the European Commission yesterday ruled that the International Skating Union’s rules preventing skaters from competing in ‘unauthorized’ events are illegal and must be abolished within 90 days.  What does this have to do with sailing?  If you really don’t know, here’s our last big story on this case, and the short version is this:
World Sailing’s Eligibility Rules allow the body to revoke a sailor’s eligibility to compete if they compete in a ‘prohibited event’, which is basically any major competition that doesn’t pay World Sailing or seek its approval.  In other words, if you use the word “World Championship” in your fun regatta, World Sailing may ban every sailor in the event from racing in other competitions.  It’s not theoretical, either – the IKA has been using this bullying tool in their battle with the IFKO, enlisting World Sailing CEO Andy Hunt to write threatening letters to those daring to compete in their own event, and back when we organized the tongue-in-cheek World Sportboat World Championship of the World, ISAF actually sent a letter to one of the hosting organizations and threatened them with all sorts of penalties.
With World Sailing’s rules very similar to the ISA regs that were thrown out by the EC, Those days are over now, and World Sailing will now know that it’s on notice.  So call your random event “Worlds” without worries now, and if you get a letter from Andy Hunt, submit it to the European Commission’s confidential Whistleblower Tool and watch the sparks fly.  And now that there is a Commission directive, you can go for damages.