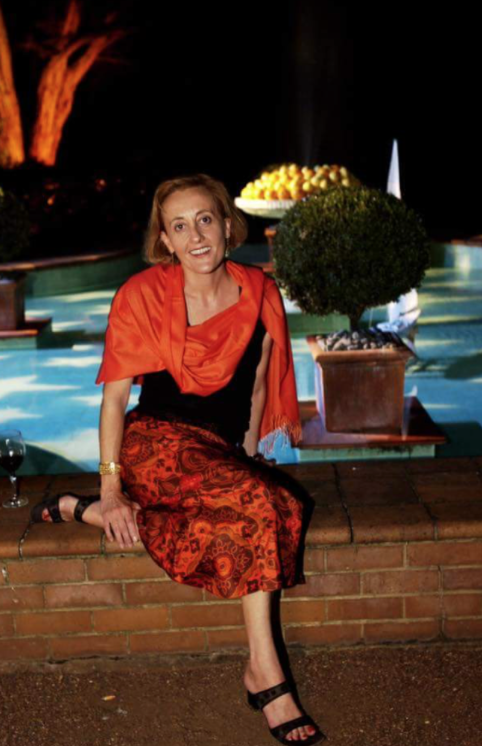 Clean Report
You see them at every major regatta; a chaotic, bedraggled corps of passionate wackos toting pelican cases and laptop bags who call themselves ‘media professionals.’  They’re more demanding than the most spoiled billionaire owner and more manipulative than a match racing champ, and they’re more cynical and jaded than any sailor could hope to be.  The scariest part of it all is that the success or failure of an event can come down to whether or not someone can keep the journalists, filmmakers, and photographers happy, and in all the world, there was one woman better at that job than anyone else in the world.
And we’re gutted to tell you that yesterday, after years of quietly battling against the disease that took her, one of the world’s best managers of personalities anywhere died.
I’d say Isabel Genis exemplified the term ‘grace under pressure,’ but in reality, grace permeated Isa did regardless of pressure.  When we first met Isabel she was running a massive press operation at the Barcelona World Race, and her deft hand at handling the stickiest situations was already legendary.  Somehow able to turn the most negative story into a feel-good win/win narrative, Isabel always managed to find an elegant solution to any problem without sacrificing her integrity or honesty.
Isabel took the time to read every reporter’s filing and watch almost every film.  She spoke at least 6 languages and could provide you with a fact, a name, or a translation in microseconds. To me,  a 30-something ‘reporter’ with my 20-something photographer wife representing an ‘outlaw’ publication, Genis did something that no one else running a major event had ever done: She made us feel like a truly valuable part of the whole thing, and helped us really want to bring our readers behind the scenes for some amazing stories.
Without Isabel, the world’s understanding of the great races she worked – The Race, the Vendee Globe, Olympics, Barcelona World Race, America’s Cup, Volvo Ocean Race (and everything else Isabel touched in her busy career) – would be much poorer.  Personally,  had I missed out on several late night, hours-long, red wine-fueled talks about the sport, controversy, ethics, technology and family with Isabel, I know I’d be a much poorer person for it.  We are all poorer this morning for her loss.
As evidence of the strength of her personality, the internet’s blowing up with thoughts on her death.  First, an excerpt from Marcus Hutchinson’s eulogy on Facebook (thanks for the pic, Marcus):
There is not a day that goes by that we are not confronted by a difficult choice or a situation where we need to lean on past experience. When it comes to being patient, understanding, tolerant and forgiving, something I often struggled with in my younger years, I now frequently revert to the behaviour of Isabel Genis and how she would have dealt with this or that situation. I know too that my children watch me and often react to how I react. This is good, great, the best possible outcome. Thank you Isabel. RIP
And from Corriere Della Sera’s Bianca Ascenti:
When I landed in Auckland in September 2002 I had only two details, a contract with the Louis Vitton Cup and a postal address. When I arrived in what would have been my home for six unforgettable months, I came through the door: With one hand you gave me the house keys and with the other, a glass of red wine, all while speaking perfect italian about the Cup, the Kiwis, and the beauty of the land down under…
I want to talk about my friend Isa, who I had the honor of knowing and the privilege of attending: a rare person, able to hear and understand without ever judging; to enjoy life and to laugh at things without losing them; to take everything that came with strength and with extraordinary balance; to always find time for friends and affections, to say the right words at the right time, to recommend deep books and to stimulate always interesting conversations …
I can not believe it, but after 15 years the time has come to say goodbye. I’ll miss you, Isa. And look at you when you’re up there, as you always said to me, “Hay gente para todo.”
Here’s another from well known Spanish sailing journalist Pedro Sardinia, and another from Nicolas Martinez.
Fair breezes to you, Isa, and to her friends and family, we shed a tear for you, and with you.