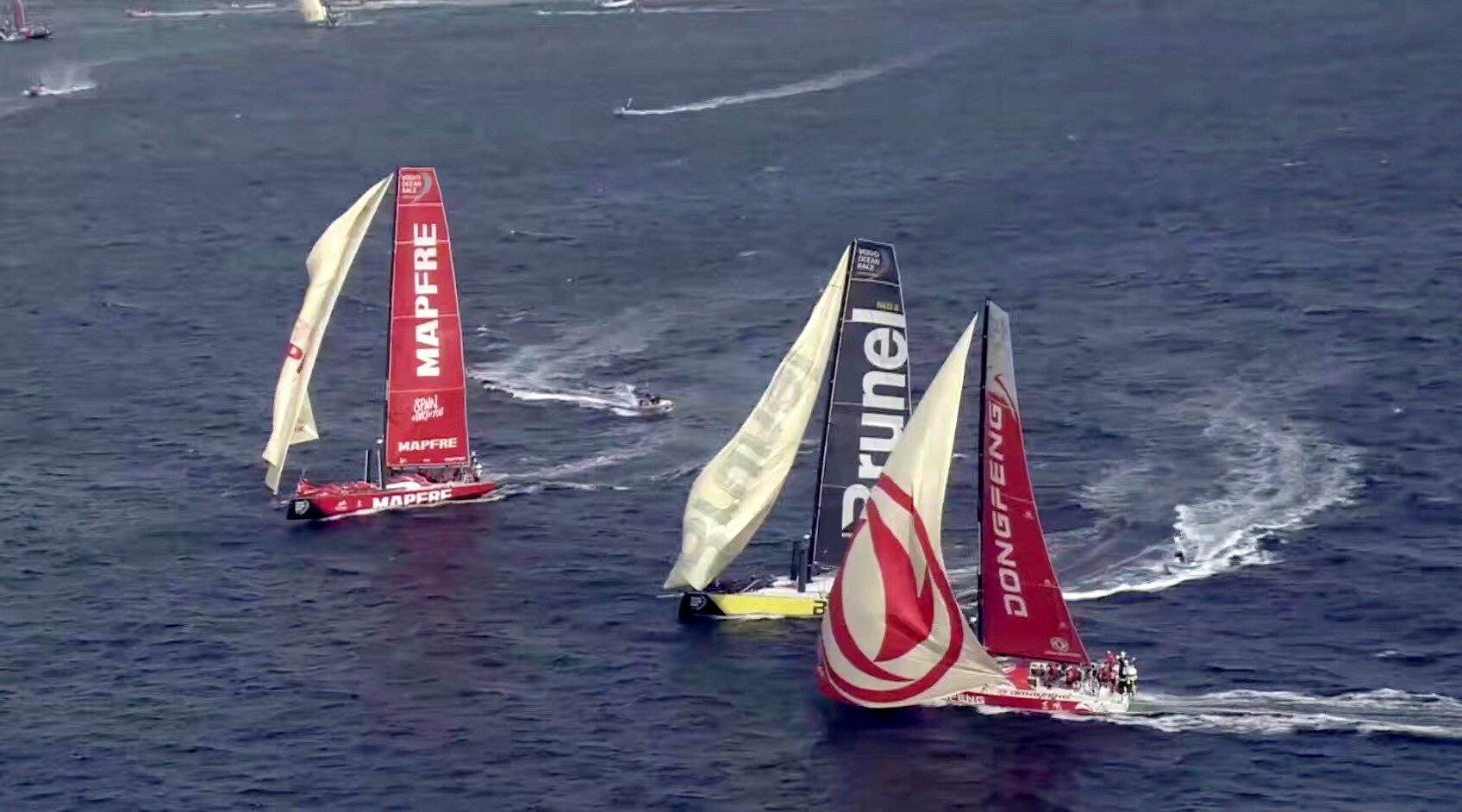 Just watched the Brunel video from the VOR where Mr Bekking called the umpire decision  between him & Dongfeng ‘incorrect’. I then went to watch the actual incident on video. (at 1:11:00 on the full video of the Alicante start)
Sorry Bouwe, Dongfeng came in on starboard and Brunel gybed away from port (Rule 10) and into an overlapped position (Rule 17 ). When Brunel’s gybe was complete with the mainsail filled there was an overlap. Dongfeng didn’t overlap Brunel from clear astern so had full rights under Rule 17 and could have – if they wished – taken Brunel (and Mapfre) all the way up.
At that point they were the give way boat (Rule 11)
Dongfeng put their helm down gently giving Brunel ample time to keep clear and closed the gauge slightly, Brunel did nothing although they were the give way boat. Dongfeng then had to bear away to avoid having initially given Brunel room to keep clear (Rule 15) even though she didn’t have to as Brunel put herself in the position (last part of Rule 15) although no one wants to break Rule 14.
If you look closely you will see Charles Caudrelier easing the helm down, bearing away relatively hard and then the red flag flying. Whether the ‘Protest’ hail was made naturally cannot be heard but I would hazard a guess it would be unlikely that it wasn’t.
Dongfeng then raised the flag and appeared to hail (Rule 61.1) so the protest appeared to be valid.
I therefore have no idea why he would think the umpires’ decision was incorrect – I would have given it…
The call on Mapfre is not so easy to read. But at 1:11.02 she does appear to be overlapped as she is coming out of the gybe and within 2 boat lengths of the other two. It doesn’t matter that Dongfeng isn’t directly overlapped by Mapfre as the boat between them (Brunel) completes the chain.
What was incorrect was ‘Niall, down on the water’ exclaiming Dongfeng are “forced to fight dirty”. Exercising rights under the RRS is not exactly ‘fighting dirty’ is it?
I wouldn’t be surprised if we see some more close action between these three as the race progresses and the podium is ultimately filled by these teams.
Shanghai Sailor