not so sunshiny day 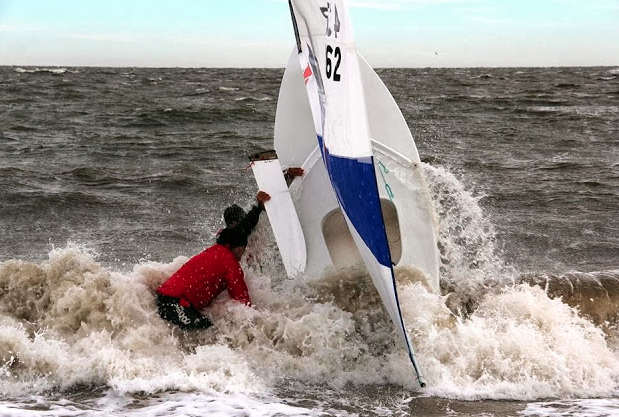 Once again, LaserPerformance looks to be up to no good.  Plagued with terrible customer service for years and unable to provide a steady stream of quality parts for both Lasers and Sunfish, the ISCA (of which our own Mr. Clean is a member) finally acted to protect its members by voting to allow other manufacturers to supply parts for Sunfish, and the folks at LP appear to have taken that as a declaration of war, lawyers and all.  Why does this company always find itself on the wrong side of their customers and the sport itself, and how the hell are they still allowed to be part of the Olympics?  Here’s the letter that Sunfish Class Prez Laurence Mass posted today, and after you’ve read it (and if it pisses you off like it does us), call your national sailing association’s rep currently at the World Sailing meeting and let them know that it’s time to hold LP’s feet to the fire.  Photo credit to Sue Ingram via the Proper Course blog.

I had hoped to send a President’s letter out after the 2017 World Sailing Conference, however, certain events had forced me to change the letter and release it sooner.  As you may have seen or heard, Laser Performance (LP), has announced that they are starting their own Sunfish Class, the International Sunfish Class Organization.  Over the last two years ISCA has tried unsuccessfully, to negotiate to a support and trademark agreement with LP.  For two successive years, 4 weeks before the World Championships LP has threatened to withhold the containers of World Championship boats unless we signed their agreement.  LP stopped supporting the class with charter boats and financially in 2011.  When asked about this, LP response was “sign the Trademark agreement and you will see we will support the class.” ISCA and LP signed a support outline but, never a support agreement.  At LP’s insistence these two agreements were to be independent of each other.
The World Council was prepared to sign a trademark agreement until LP required that the ISCA initials and the name International Sunfish Class Association name were to be signed over to LP as well.  This was a deal breaker for the World Council.  LP has long wanted to control ISCA. LP’s new sunfish class has blatantly copied ISCA’s Class Rules, Constitution, calendar, and website.  LP has even copied the same NSCA and regional USSCA Representatives.  Most Representatives are likely unaware of this. LP is trying to imply that LP’s class has replaced ISCA.  IT HAS NOT.  We remain united and independent from the builder.  This just goes to further illustrate that their intentions were control the class.  World Sailing currently only recognizes ISCA.  No other International Class can run World Championships for the Sunfish Class Boat.
In August 2017, the World Council decided that we would not sign the restrictive trademark agreement and changed ISCA class rules to allow non-builder supplied, class approved spars, masts, goosenecks, sails and parts.  World Sailing should approve this class rule change this week in Mexico.  This rule change has been proposed many times before and has been a long time coming.  This rule change was important because it allows the flow of parts from several suppliers vs. one builder.  The builder cannot unilaterally decide to change parts in a one-design class as they have done several times without the class’s knowledge or input.  This ultimately undermines the integrity of the Sunfish one-design class.  We as a one-design class cannot allow this to happen anymore.
As for the trademark, LP has issued ISCA a cease and desist notice.  As of 31 March 2018, ISCA is no longer allowed to use the Sunfish logo in conjunction with running regattas. ISCA is the only class that can holds World Championships for the Sunfish Class boat.  LP has not and does not run regattas.  ISCA, USSCA, and other National Sunfish Class Associations run regattas.  ISCA does not need to use the Sunfish trademark to run regattas for the Sunfish class boat.  ISCA will continue to run regattas as the only recognized international class for the sunfish class boat.
In conclusion, availability of class legal parts should improve and the class will no longer be held hostage by an unreliable supply of parts from one builder.  ISCA Class members will be eligible for substantial discounts on ISCA class approved racing sails, purchased through the class.  Now, more than ever, it’s vitally important that we start to build back our membership, move this class forward and grow again.
Laurence H. Mass
President

that time of the month