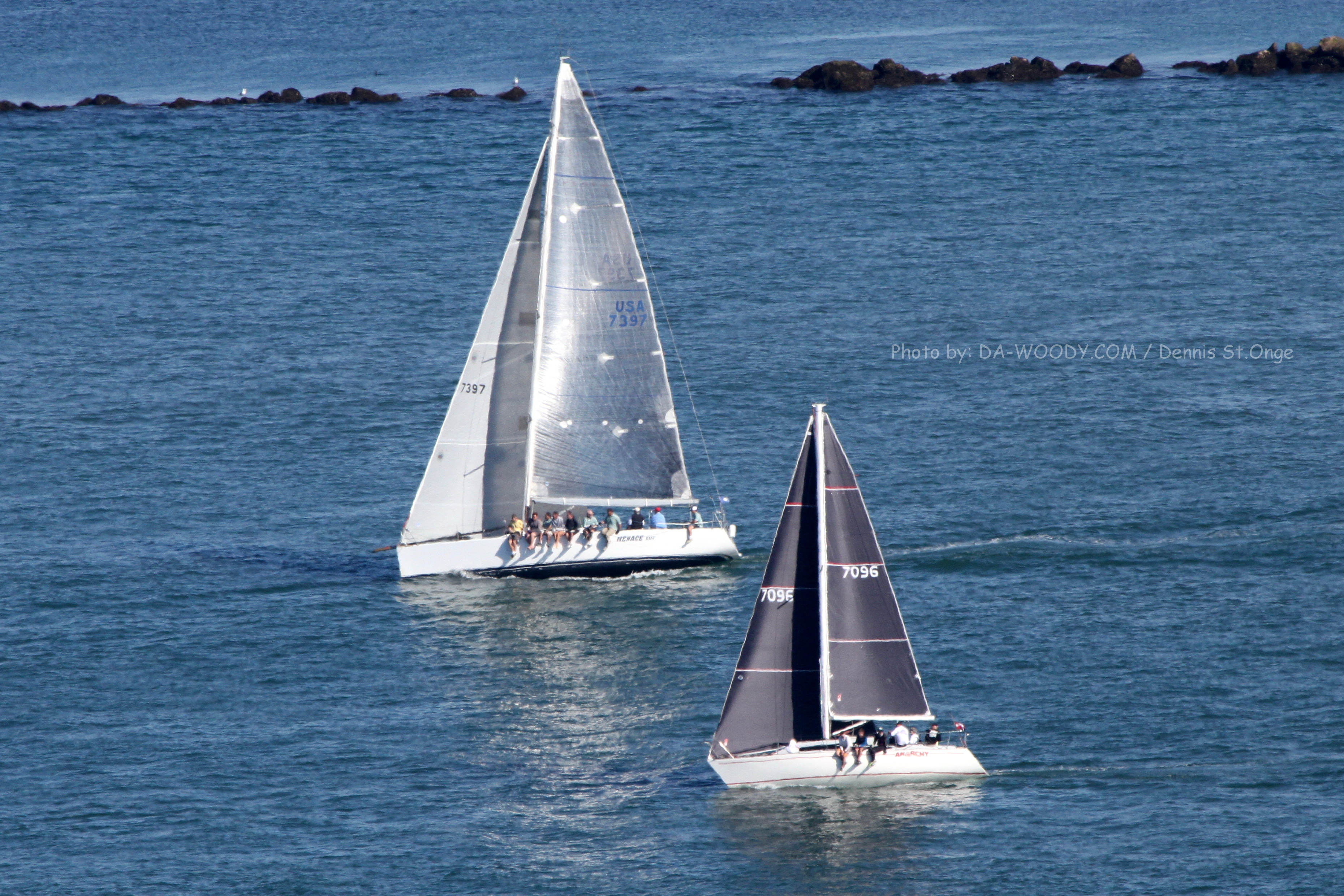 The not so mighty Anarchy III proved to be all that and less in our first race at the SDYC Hot Rum Series. Startlingly un-quick, clunky and something less than average, we struggled to a 5th in the weakest class, and a deserved 46th overall. The guys and girls and I sailed it fairly well, but man it is going to take some getting used to a boat that not only isn’t going to win any races on it’s own, but doesn’t appear to be anywhere near as fast as it is rated.
First race, sure, but this thing seems to be a boat without a top gear.  We look like a toy boat in this very long distance shot from Da-Woody showing DC zipping by us on the last leg in, where we struggled mightily to get the thing going against the tide when the wind lightened.  – ed.