the best sailing movie ever 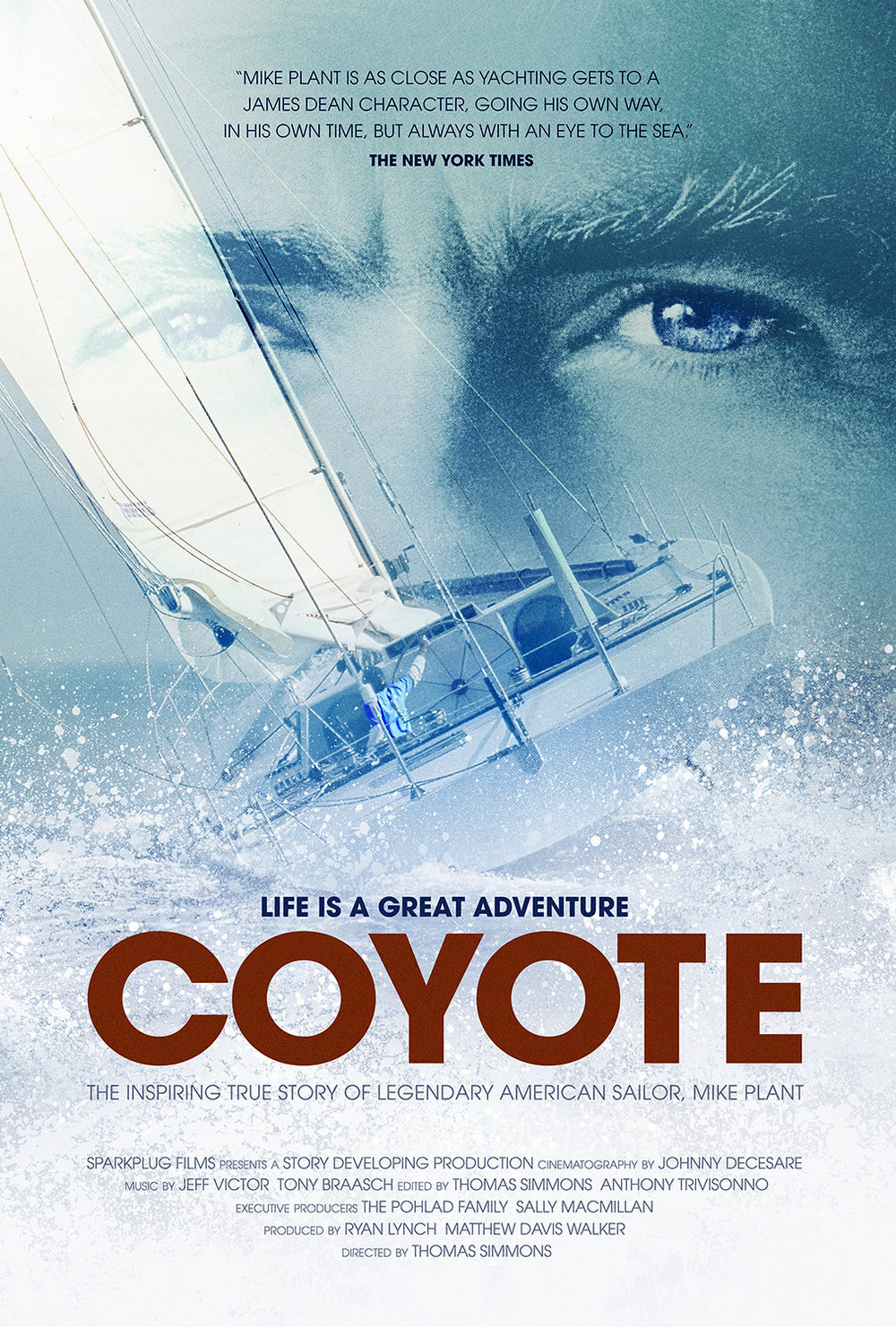 Hopefully you’ve gotten a ton of emails & reviews. Showings have had huge support in MN so far. Here goes:
Full disclosure, I never met or knew Mike. He passed when I was four. His mother Mary was a small (but perhaps larger than I knew) part of my childhood in sailing. A well known face with a supportive smile. I’ve known of Mike’s sailing exploits on some level since I was seven, through his mother and snippets of stories. As I grew older, the rougher side of his coin from folks in our community who perhaps never really saw the life he found after he left MN. One I guess I used to pretend didn’t exist. So he could stay on a pedestal, unmoved from my childhood memory.
I just walked out of the theater, locked in some weird emotional limbo. In my head – I expected an epic tale. Crashing waves, uplifting music, a true sailors battle. While watching the movie, that changed, expecting to feel a true “gutted” moment when we reached the end of his story, where he inspired thousands. Neither really came. I think that’s what really works out of the whole movie. Too often we expect the stories we create to have an impact on someone else, to share it, to proliferate some ideal or sense of adventure. As charismatic as Mike seems to have been, it’s clear that his adventures were not for us. Coyote captures this selfish and unrelenting drive, through humor and the family that was perhaps a bit in tow. It means more than an epic tale could have. Easily the best sailing movie I’ve seen. Not because it provides us with some dream or some epic tale but because I spent tonight feeling confused and torn, but drawn towards the screen. I watched a struggle that has never been truly laid out, from a family of folks who loved him, and walked away considering what I really care about. The loves of his life were unflinching and left him at ground level, as one of us. Thomas captured what we all really want to be able to verbalize about sailing.
Go see it. But don’t expect an epic or uplifting tale. Let it wash over and just listen. I didn’t feel like we were supposed to mourn Mike, but neither did it ask you to celebrate his life. Instead we shared moments with his family, friends, and Mike himself. Its the history we want to hear but often gets drowned out in our collective race to capture every moment. We get to make our choice and play in the grey space.
Coyote is worth every second.
Tags:BOCCoyotedocumentarymike plantmovieopen 60thomas simmonsVendee Globe
ScotOctober 30, 2017
Leave a reply