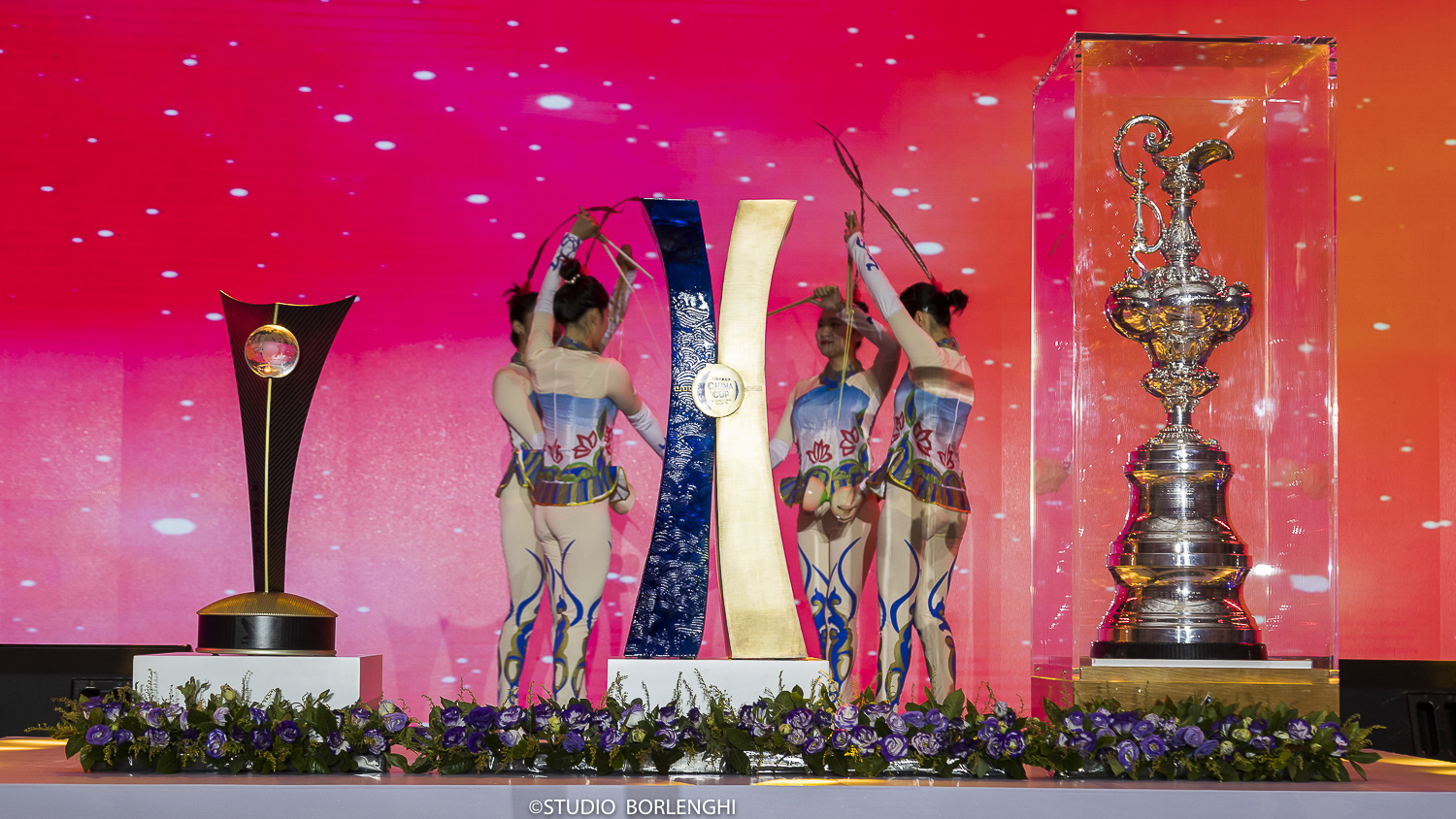 We’re not sure what to make of the China Cup (or this Borlenghi pic) other than noticing that the regatta seems to have spent a few million dollars to pull off what’s become quite a big fixture in this neophyte sailing nation. Now in its 11th year, the regatta attracts racers from around the Western Pacific, and for 2017, Team New Zealand entered a partnership with China Cup organizers  and sponsors, bumping turnout and spectators for the big boat, one-design, and World Match Racing Tour portions of the week.  The Kiwi team brought the America’s Cup to be displayed all week at the event site and entered an all AC-crewed Beneteau 40.7 in the prestigious (for China!) Bennie one-design fleet – and unsurprisingly, they won.  Meanwhile, just a couple of years after the World Match Racing Tour tried to change the world with million-dollar payouts and multihull match racing, the Match Racing World Title is struggling to find relevancy in this post-cat America’s Cup World – and based on the prize money actually awarded for the event, they’re struggling to find money as well.
The Chinese don’t have that problem at all, with an over-the-top production of just about everything at the event that far exceeded anything done in previous years.   By bringing in sailing’s top photographers and video crews, loading up boats and venue with thousands of pieces of branding, and hosting incredible parties, shows, and ceremonies, are Organizers trying to prove to their new partners that China is ready to put together a team for its second-ever America’s Cup?  Check out more weird shoreside and good on-the-water pictures from Carlo Borlenghi in the gallery here.
In other Kiwi/Far East news,  two NZL teams took gold and two bronzes at Japan’s first Olympic ‘test’ at the site of the 2020 Games.  More noteworthy for the typhoons that bracketed the event week than the actual racing, the Kiwis are back on form with Meech/Maloney (FX) and Tom Saunders (Laser) taking golds and two others teams taking bronze medals – and that’s without huge favorites Burling/Tuke even on the entry list.  Details here.