three is the number 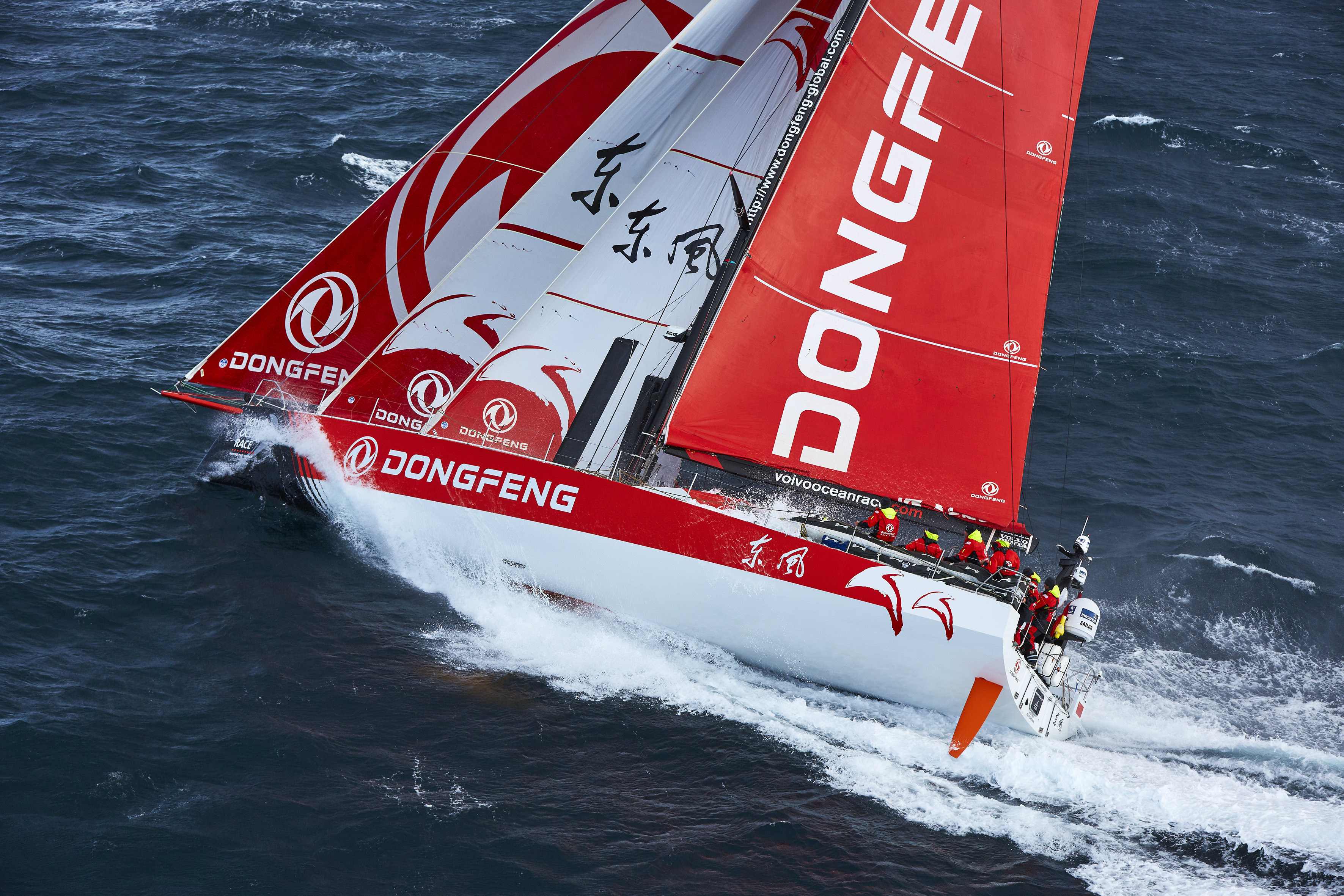 Lisbon has been a bit of a nemesis for Dongfeng Race Team.
Point 1: Last race dropping from 2nd to 4th in the final metres of the leg into Lisbon cost the team a lot more than just the two points.
Point 2: This loss last time round appeared to hit the team’s confidence with their performance noticeably going ‘off the boil’ for the remainder of the race.
Point 3: After leading out of Alicante with apparent boat speed to spare and some nice utilisation of the Racing Rules with Brunel being the meat the sandwich it all appeared to go pear shaped with them exiting the first night in last place.
It can now be revealed that one poor decision didn’t help they suffered not one, but two ‘fish’ strikes. Birds may bring down aircraft but fish can son rattle a race boat down the leaderboard.
The first one slowed the boat considerably while the second one was severe enough for an “all hands on deck” call from skipper Caudrelier.
Then came the long climb back up the leaderboard including a 24 hour drag race with Azkonobel with Dongfeng just having the extra horsepower to ease past then extend to a comfortable gap which they managed to then hold.
Vestas was a worthy winner of the leg and it should be noted that this is now back to back leg victories having won the last leg of the previous edition.
Mapfre must have been worried with the Dongers reeling them in but the racetrack was short enough to allow Mapfre to cross what was eventually 15 minutes ahead.
Easy to say they were hours ahead in parts of the race but only two things matter – you win the start for the media coverage and you win the finish for the glory. Having said that Mapfre, under the leadership of Skipper Xabi Fernandez, sailed an excellent race.
Biggest surprise of the leg must be Brunel, with the Dutch boat, favourite for at least a podium finish overall, only managed to avoid last place by just 8 minutes over Turn the Tide on Plastic.
It has to be remembered that this is, in effect, just Race 1 of a 12 race regatta with some races ahead carrying double points but even so, there will be some interesting conversations amongst team members over the next few days, sports psychologists building on the positives and attempting to minimise the negatives for the next leg start just 1`week away.
1,500 miles down means there are still 43,500 still to go – that is a lot of room for glory – and error but if this first leg is any indication there are going to be a lot of sleepless nights and nail-less fingers ahead.
SS

hell of a run