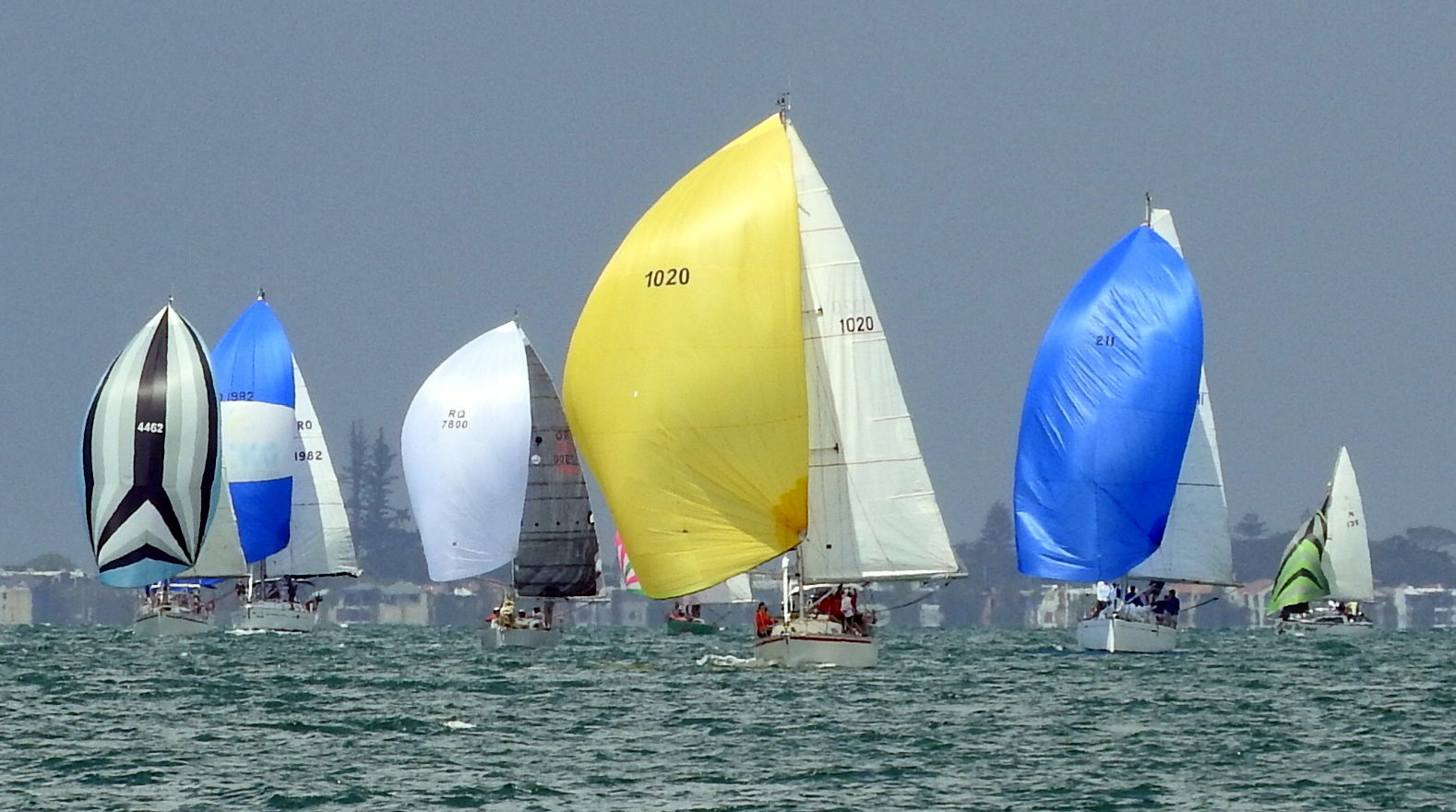 With all the talk of declining fleets, lack of interest in racing and needless expense of going racing, sometimes you just have to start from the beginning again.
So it has been with the Manly Combined Clubs Series in Brisbane, Australia. Now, Brisbane does not a huge keelboat fleet and it is spread around a number of clubs and boat harbours.
Also, it has a keen trailer boat fleet which tends to turn up at any event going.
So how do you fit all that together and get over 50 boats on the one race course? You make cheap, simple, fun and put the owners back in charge. So how does it work? The Series has a Committee of owners who love sailing and do all the administration and this is done independent of any yacht club. No professional administrators here. No club representatives. No yacht club politics. Clubs are asked to provide support, but never run the show.
Ironically, the Club that provides the most support to the Committee is historically a trailer power boat and fishing club not a sailing club. The Series runs one race a month for the whole year with two weekend events, one two day racing event and one a fleet cruise. So no onerous week in week out crew commitments.
It is cheap on any standard, you get 14, yes 14 races the entry fee is an outrageous AUD$ 100.00. Again the point is that conducting a sail boat race is not profit making centre for some club administrator looking to shore up their job. As to who turns up, you get everything from Farr 6000 trailer sailers, Farr 30s to First 40s, DK 46s and few 50 footers.
Three divisions are run, roughly grouping similar boats with similar boats but the Committee never tells an owner which division to sail in. Courses are chosen each week by a few old hands to get the best course for the conditions. Variety is good, usually with one good kite ride. 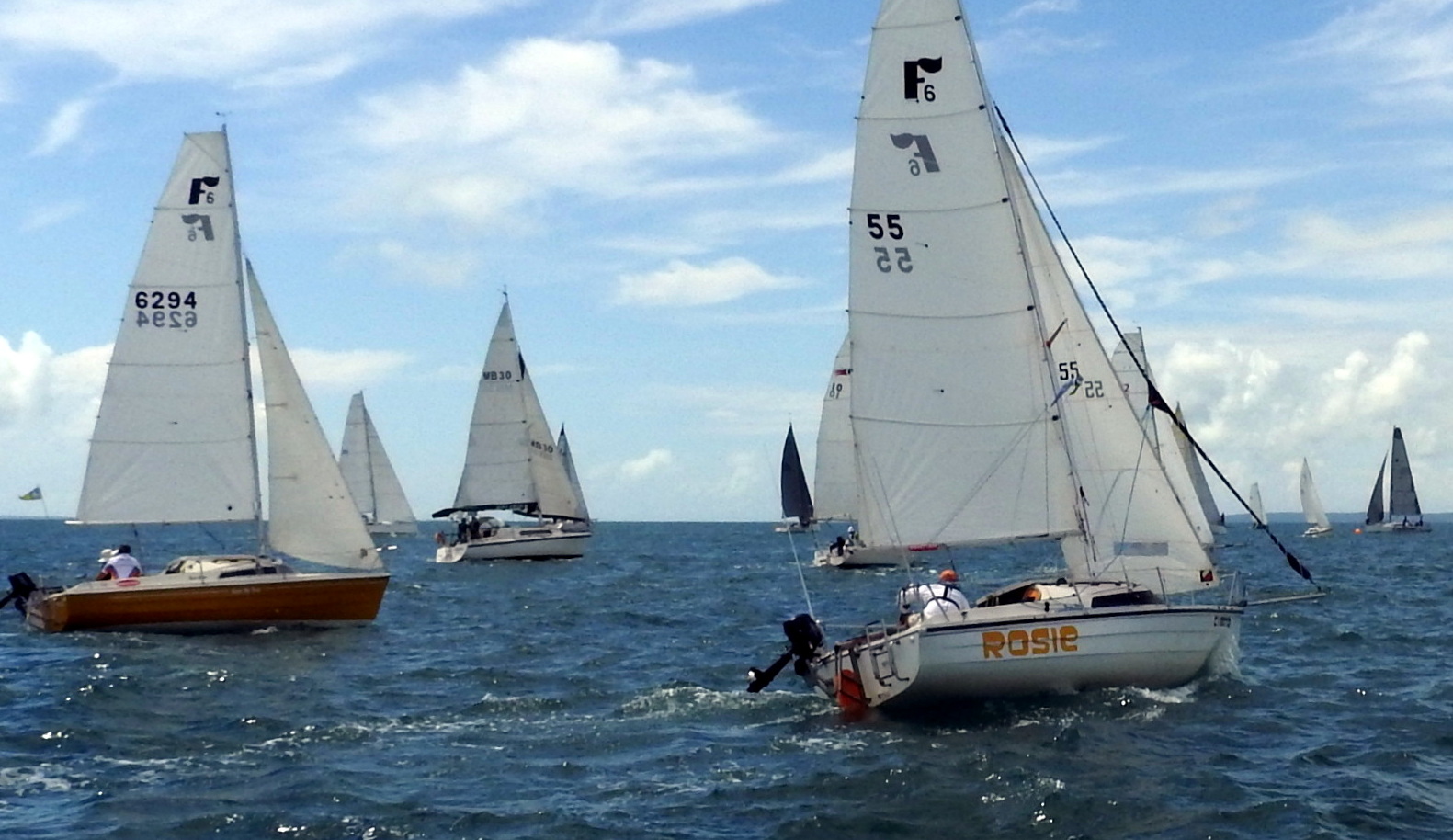 Single handed sailing is encouraged but you can’t use the autopilot for a whole leg of the course. Handicaps are not run on any recognised system but along several guiding principles, you do well you go up, you do poorly you go down but you buy new sails or change the boat, everyone knows and you go up.
How much you go up or down generally depends on how many boats raced in your division that day. You win on the big day, you go up more than winning on a slow day. It is what it is.
The best sailed boat is usually the one that keeps improving over the year so usually ends up on top so no one complains and if someone does there is enough history of performances to deal with it. Because competitor numbers go up and down from race to race unlike a single regatta, RRS scoring systems are abandoned and Committee use their own scoring system where series points for any position in one race varies with the number of boats competing that day. So a second in division on a 20 boat day is much better than a second on a 10 boat day.
In short, you get rewarded when you win on the big days. For the small trailer boats which are also members of the Trailer Sailer Club of Queensland (TSCQ), a deal has been done whereby membership of TSCQ gets you automatic entry to the Combined Club Series with no separate entry fee.
At the end of the year there is reckoning based upon how many TSCQ boats actually sailed each race as not every boat will sail every race. That way the little boats don’t have to fully pay up when each may sail only half the races. Again, make it easy and make it cheap for the owners especially the little guys.
Remember, idea is not make money from owners but to let them go racing together for fun. Sure the race management gets a bit casual some days and the results are not available by the time you hit the dock but funnily enough there always seems to be many more people around at the end of racing that you actually want to have a beer with. Funny that!
Anarchist Lydia
Title semi-rip-off thanks to Rage.

too close to call?