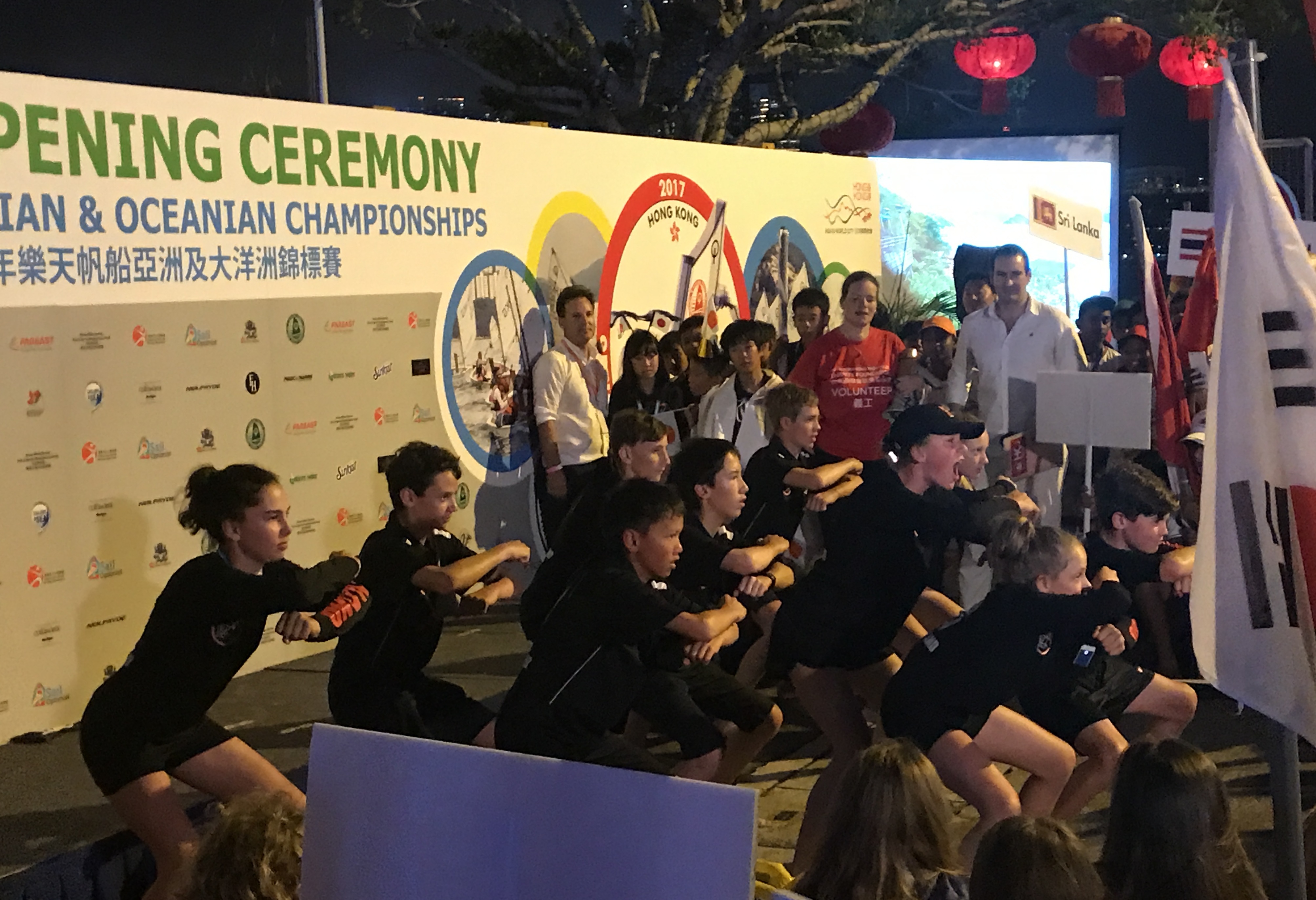 Many people say the future of sailing depends on the development of 3 lines of attack, 3 markets if you like. I believe there is a 4th apparently undiscovered by most MNAs or World Sailing but that’s a subject for a different article.
Sunday 1st October saw the opening of the Optimist Asian and Oceanian Championship in Hong Kong with 132 youngsters ready to do battle. Importantly these included around 50 girls therefore ticking the first two boxes towards building our sport – youngsters and female competitors which at 38% represents a much higher ration than in most of the adult classes (Where do we lose them to our sport?)
The third box ticked of course comes in the title of the event as Asia is very much an up and coming area for our sport with many of the keen developing nations located in the area. It was interesting to see that along with the more established teams like China and Singapore, Myanmar fielded a team, one of whom provided, what was for me, a highlight of the event (more on that later).
Also there were some of the more experienced sailing nations including the New Zealanders who performed a traditional Hakka (less traditionally led by a girl) and the Australians accompanied by inflatable boxing kangaroos od AC 1983 fame. It was interesting to see that although the late Alan Bond has since been vilified for corporate and tax affairs the national sporting symbol his team introduced is still much in evidence.
They were met by Lion dancers and as the opening ceremony coincided with China’s National Day and 20th anniversary of Hong Kong’s handover so the gathered assembly was treated to a spectacular firework display from barges placed in Victoria Harbour and as the Royal Hong Kong YC is the only piece of original shoreline in the harbour they had the best view in the city.
The actual action started the next day at RHKYC’s Middle Island base. There can be few yacht clubs that have 3 such wonderful and varied facilities as this, one of Asia’s premier yacht clubs.
Throughout the week the sailors had all sorts of conditions thrown at them but mainly in the 8-15 knots range giving idea competitive sailing. A current that with the event being sailing in near spring tide conditions added to the challenge to the sailors with much overstanding of the top mark and sometime difficult conditions for the race management teams on the committee boat and support craft. Course Race Officer, Charlie Manzoni with the airwaves buzzing with “course axis” and “course range”. That said the target time of around 50 minutes for a race was pretty much always about spot on and all races were completed.
Start lines were crowded, more often than not at the pin end, sometimes because it was indeed biased but I suspect there was an element of sheep like behaviour in the mix too and often a clear air start with a good lane in the middle of the line might have been more advantageous. 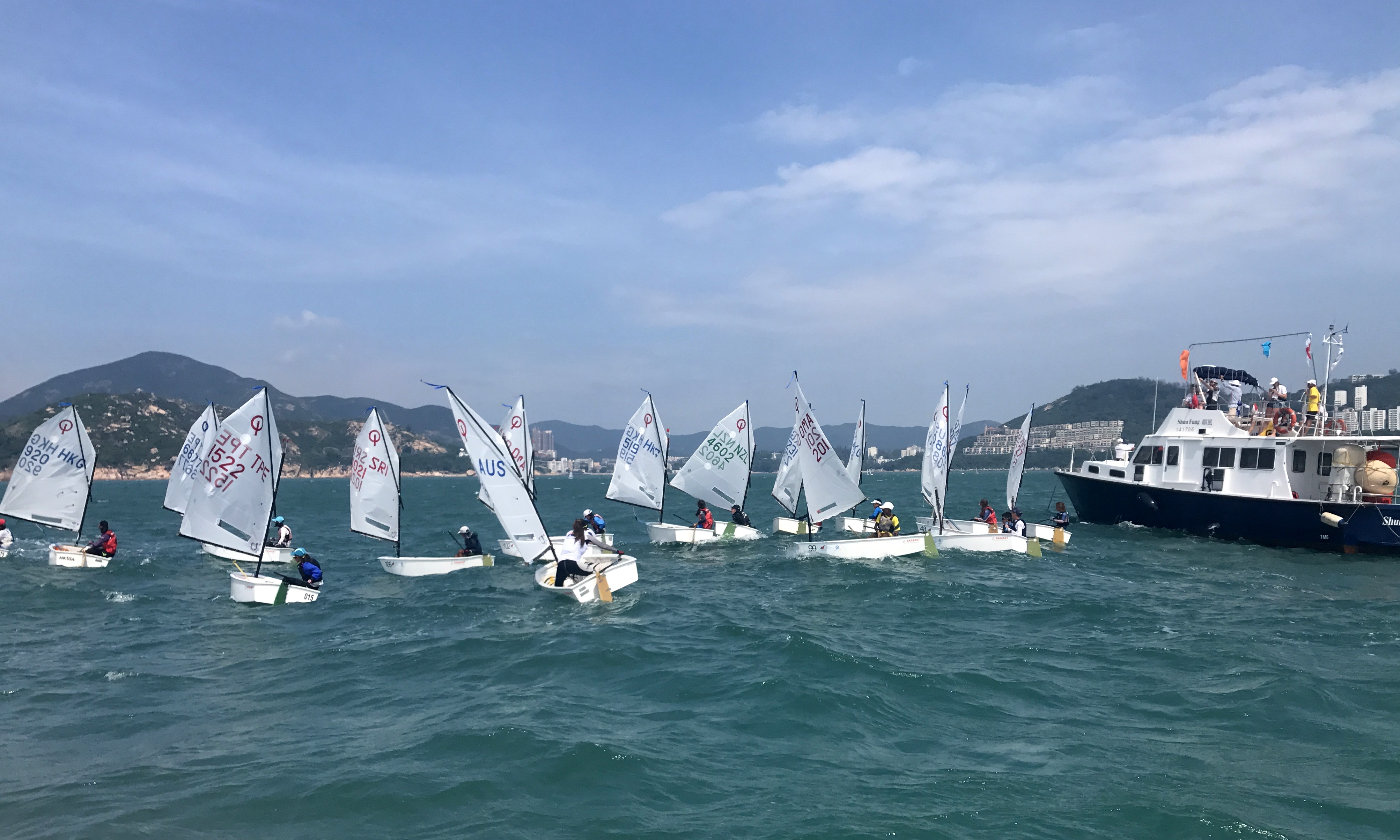 This crowding led to the Black Flag being in much evidence in the regatta and boy does that colour appear to focus sailors minds somewhat as error rate regarding being OCS fell like a stone each time it made its appearance at the Preparatory Signal.
As you would expect at a regatta of this stature on the water judging was in force, particularly looking for Rule 42 infringements which while not of epidemic proportions – one or two clearly thought that having been caught once meant they wouldn’t be caught again leading to an expensive DSQ. Most of the youngsters however clearly understood the phrase  ‘only the wind and water’ and used just those two elements. Encouraging to see!
The 4 days of racing with the fleet split after the first two days into the upper and lower produced a worthy winner in Singapore’s Muhammad Daniel Kei Bin Muhammad Yazid, who pipped China’s Lin Xilun by just one point.
3 of the next 4 places were filled by young Turks however showing the growing strengths of this country as a sailing nation, certainly at the youth level.
In the team racing, held on the Wednesday in the middle of the race the top 16 teams did battle, not only with each other but the weather with the racing suspended at one point with the rescue teams on standby as lightning hit a radio town at the nearby Ocean park and 33 knots of wind and needle like race swept the course reducing visibility to under 200 metres at one point.
Nobody ran away though and after many hard fought battles the Chinese team faced the Young Turks in the final which eventually went China’s way.
A great regatta that had just about everything, good (fair) competition, well managed, a team of volunteers that almost outnumbered the competitors. If all our sport was like this, suffice to say no one would worry about its future.

One last thing – that ‘highlight” I alluded to earlier. It was the last race and everyone had finished. Wait – there was still one competitor still way down the course. Everyone – committee boat, finish line, safety boats, jury boat ALL stayed on station. She was a young sailor from Myanmar at clearly her first big regatta. She could easily have sailed off the course and gone home but she battled on -VERY last.
As she approached the finish boat on the starboard layline she sailed into the lee of the finish boat and tipped in. Again she could have given up. She got the boat upright, bailed it a little and battled out of the wind shadow.
Over the radio came the instruction from Course Race Officer Manzoni “Leave the finish line open” (I deliberately didn’t check my watch). As she crossed the line she received spontaneous applause from all the boats around. Competing isn’t just about winning, for some it is just about finishing what you started – It was her own victory!
I’m sure many of our sailing careers started that way but many of us forget. It kind of sums up the professional and yet realistic manner in which the whole event was run.
Shanghai Sailor
Title inspiration thanks to, without irony, Future. – ed

World Sailing – Comments on the interview of Scott Perry