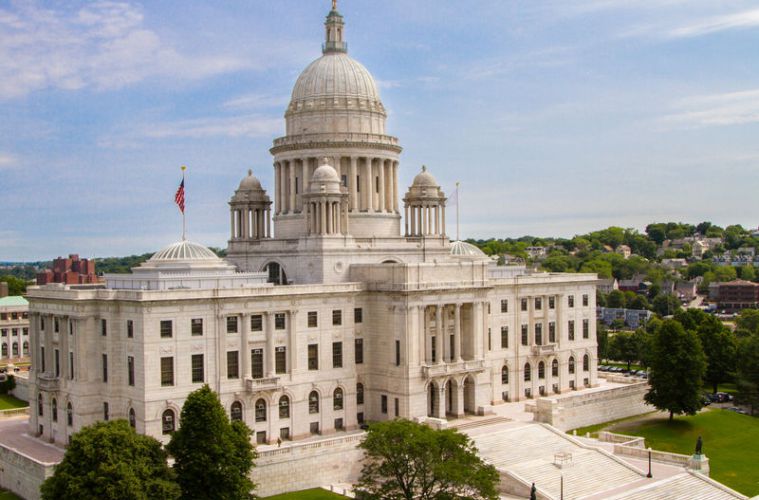 We can all yap and debate and jaw about how to reverse the decades-long downward spiral of sailing in the USA, or we can do something about it, and nobody is doing a smarter job of boosting the sport from the very top than Sail Newport.  When we say ‘the top,’ we don’t mean the America’s Cup or the Volvo Ocean Race – we mean the government – and that’s why Rhode Island’s shiny new Sailing Events Commission law(2017-H 5478A, 2017-S 1008) is a groundbreaking first step for the sailing’s growth in the USA. Here’s an excerpt from the WhatsUpNewp site:

“We saw the incredible economic impact of the Volvo Ocean Race’s stopover in Newport in 2015. It was such a success for Rhode Island as well as for the race itself that it didn’t take long for the organizers to announce they’d be back for the 2018 race. Rhode Island has also very successfully hosted tall ships events, black ships festivals, Chinese dragon boat races and of course, we were the home of the America’s Cup race for decades. We’re a great place for boating events, because we have terrific bays, harbors and waterways with nearby hotels and attractions. Plus recreational and competitive boating are deeply woven into our culture and history. With a concerted, statewide effort to seek them out, I’m sure we could be hosting more and reaping the economic rewards,” said Representative Marshall (D-Dist. 68, Bristol, Warren).
Nearly 130,000 fans participated in the Volvo Ocean Race festivities during the 13-day event in 2015, with more than half traveling to Rhode Island from other U.S. states and abroad. According to a report commissioned by Sail Newport, the economic impact of the 2015 stopover on Rhode Island is estimated over $47 million.
“Hosting more events would help not only our tourism industry, but also our boating and sailing industries. Making Rhode Island a bigger name in the sailing world would bring people who buy boats here, and help foster closer connections between our boat-building and outfitting industries to many more people in the market for boats, particularly the elite of the sport who invest serious money in their boats. There’s a lot to be gained for Rhode Island with each event that we host,” said Senator Felag (D-Dist. 10, Warren, Bristol).
Under the legislation (2017-H 5478A, 2017-S 1008) which passed the Assembly Sept. 19 and was signed into law yesterday by Gov. Gina M. Raimondo, the commission is to identify, evaluate, and provide recommendations to assist nationally and internationally recognized sailing and marine events, both amateur and professional, and to attract and encourage activity in Rhode Island. In addition, the commission shall advise state and local leaders on the suitability and practicality of hosting qualified marine events in the state.

Spain, France, Holland, the UK, New Zealand – all have spent millions or billions to attract, retain, and promote top sailing events, helping the sport stay in the spotlight while benefitting sailing businesses and coastal communities.  The level of American government support for sailing is a tiny fraction of what it is in these places, mostly because there has been no key event or organization working to lobby and educate politicians about the sport for decades.  The work that Sail Newport, the NYYC, and other key RI cheerleaders are doing is a model for the kind of lobbying work your organization can do in your home town and beyond…give them a shout and find out how.