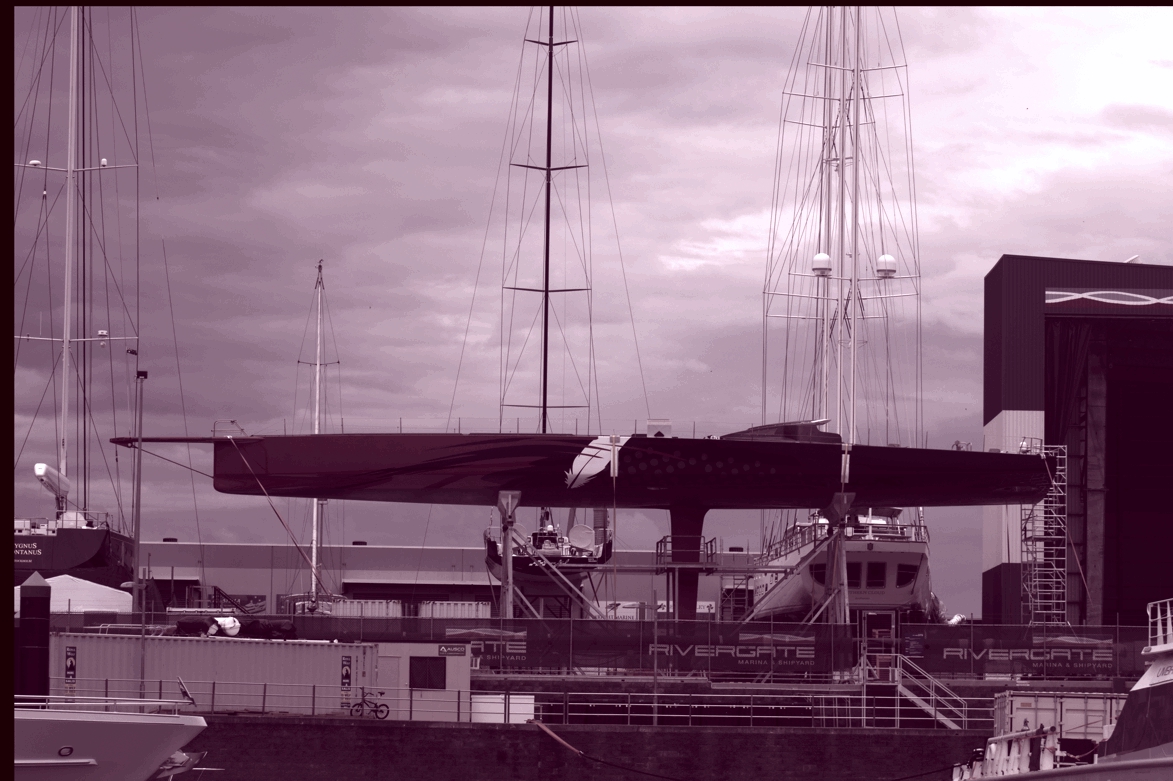 SA n00b Graceful Lady caught sight of the old Comanche while cruising up the Brisbane River in Queensland this past weekend, and while forum posters in the ever-popular annual Sydney Hobart thread would have known more than two weeks ago that Jim and Kristy Clark’s Hobart winner has been chartered out to Neville ‘Croaky’ Crichton of Alfa Romeo fame, few will know that Nic Douglass reported today that Brindabella owner Jim Cooney is the new owner of the fastest offshore monohull on the planet!
Occasional shitposter Lonely Boy 15 has his own snarky take on the harbor gossip for the 2017 Sydney Hobart.  None of the opinions in the following are accurate, true, or ours:

Wow. Just got the skinny from the Sydney dock rats. You won’t believe this…
Harberg has bought the big Indian and it is to be renamed ‘Red Jack’. It and BJ 100 will race fully funded, head to head in the Hobart with the winner getting to challenge for the Americas cup. Crews for each boat yet to be announced.
Sid is out of retirement and has teamed up with Sean and bought the old Loyal. It is to be renamed ‘Raga-zena’ and is having a canting mast and deck fitted.
The Oatleys have commissioned a new boat to be designed jointly by Juan K and the Farr office. Wild Oats XII will be the first FarrK 100 and will be launched in time for the race.
Ragamuffin 100 has gone to Arlie beach where the operator believes the wide beam will give more room for back packers to root each other than on the old 80 foot Maxi Ragamuffin.
CQS has had its entry rejected by the CYC for being too stupid looking.
And Erin Molan has bought WOXI and is entering an all girl crew in this years race. Skippered by Alan Jones the crew includes Kristy Hinze Clark, Kelly Landry, Mercedes Corby and Sophie Monk and is to be named ‘2UE Sewn Oats’
Well at least that is what I have heard.

More classic Aussie banter in the best thread of the coming northern winter.

No Audi for Them