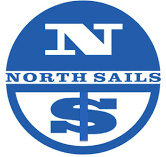 We were pretty surprised to see that North Sails is the only sailmaker allowed to make sails for the upcoming Volvo Ocean Race. What kind of bullshit is that? Why should it be North? Why not Doyle? Surely they have proven to make fabulous offshore sails? Quantum?  Or how about any competitor can choose whatever fucking sailmaker they want?
Just like the exclusive North deal with the new Melges IC 37, no other sailmaker gets a shot at making sails. Sure, it’s all praying to the gods of One Design, but it all seems just a little too cozy.
Regardless of the legality of the thing (and we expect ‘monopoly’ to be something the sport will have to deal with more and more in the age of single-manufacturer one-designs), it’s definitely no good for the sport in many, many ways.  Diversity of design? Gone. Diversity of employers? Going away.  That inexorable price creep as the monopoly takes hold?  Undoubtedly.
If all the arguments about how single-manufacture sails that North uses when they win these bids are accurate,  why doesn’t the entire sailing industry insist that every single sail that is made be North? Here’s our proposed rule: Competitors not using North Sails will have their eligibility removed for all events run under the RRS.
Title inspiration thanks to The Dead Kennedys. Simply replace ‘California’ with ‘North Sails’ and you get the idea.
UPDATE: Nick Bice, who with Mark Turner’s departure becomes BMOC of the VOR (and the guy who’s been working on VOR campaigns for most of his adult life), sends in a response.
It’s not really my style to get involved in any sort of back-and-forth but some facts are required here.  The VO65 is a strict One-Design class which includes sails.  We decided that would be the best approach from the very beginning of the project, as sail development was always a significant percentage of the team budgets from the previous race.
So to bring costs under control, it was agreed that everything should be one-design.  It worked in controlling costs for the 14-15 Race, so we decided to continue the approach.  Even though every VOR since 2001 has been dominated by North Sails – as selected by independent teams – we again put the selection out for tender for the 2017-18 Race.  The process was:
-Request For Tender (RFT) sent out 8 May 2016
-RFT invited proposals to become sole official One-Design Sails Supplier for 17-18 VOR
-Aspects assessed were (but not limited to): design, consistency of manufacture, reliability, inventory, number of sails, manufacturing lead times, branding, finished sail weights, reparability, individual costings, sail bags, accessories, package and freight.
-After receiving numerous proposal, both Doyle and North were taken to the next stage, which included more details required to the topics above.
-After much deliberation, both proposals had their own strengths and weaknesses, but based on the criteria laid out above, we chose North.
-We did consider the option of opening up part or all of the inventory to other manufacturers for teams to choose on their own, but we concluded that the intention of the VO65 has always been to ensure that each and every team has the same opportunity to get on the podium regardless of how late they are to the game or how deep their pockets are!
May the best team win!
-Bicey

Boat of the Week