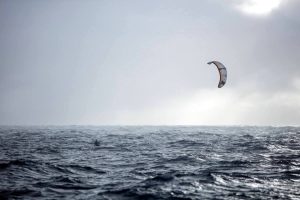 An amazing and impressive effort, Francisco Lufinha along with German world record holder Anke Brandt set a world record in an unprecedented odyssey that began on September 4 in Ponta Delgada on the island of São Miguel.
Lufinha and the team were welcomed as true heroes in the Marina of Oeiras, after a long journey with 1,646 km that had several obstacles and set a historical landmark in the nautical sport worldwide.
“It is very gratifying to have achieved this new goal and set a new world record. Ten days later, we were able to finish this extremely hard crossing, which demanded a great deal from us in physical and psychological terms. With head winds, which diverted us from the route, made it more difficult “explains Francisco Lufinha.
“In the end, I, Anke and the entire support team, are proud of this achievement. And I’m even happier because four years after my first odyssey I finally managed to connect Portugal by sea, “says Lufinha.
Read on

yep, it happens to them too