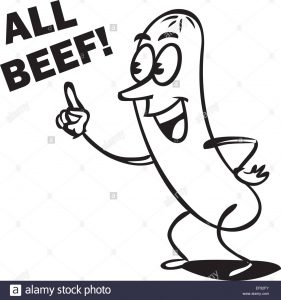 I am always interested to know people think of my opinions and the information that I share in my Great Circle Sails blog. Actually, for a while there I was wondering if anyone even reads my blog but lately I have been getting some fan mail so some people are enjoying my point of view. Not so much a person that goes by the name Anarchist David. Most of my blog pieces are published on Sailing Anarchy which is by far the most read sailing publication, online or on paper. You see Anarchist David took issue with the piece I wrote about David Witt, the skipper of the Volvo Ocean Race entry Sun Hun Kai Scallywag.
Anyone that knows me or has read anything I have written will know that I am a huge proponent of women in sailing. As a kid I marveled at Claire Francis when she did the singlehanded transatlantic race, and then went on to skipper a boat in the Whitbread Race. I was onboard with Tracy Edwards long before she led the first all-female team in the Whitbread and was simply blown away by Ellen MacArthur and what she accomplished. There were many other female sailors, both inshore sailors and offshore sailors, that have inspired and amazed me with their talent. So therefore I was very pleased when the the rules for the upcoming Volvo Ocean Race were changed to fully encourage teams to take women onboard by allowing them to have more crew members than simply an all-male team. One of the first teams to do so was the Spanish entry Mapfre and they dominated the recent so-called Leg Zero. The only team to go with an all-male crew was the aforementioned Team Sun Hun Kai Scallywag and I am not surprised and definitely not displeased to see that they came in dead last in the overall standings of Leg Zero.
Here is how Anarchist David responded to my criticism of skipper Witt (edited a little for brevity).  “Brian Hancock, SA’s resident grumpyguts, is at it again, desperate to exhibit his ignorance and prejudices in this article. He wants to death-ride David Witt, skipper of the Sun Hun Kai Scallywagentry in the Volvo Race for having the temerity to express an opinion about mixed-gender crews. (read full article here – ed.)
Witt is what we Australians call “fair dinkum” – a forthright bloke who doesn’t hide behind glib phrases or pretend to support every new outbreak of political correctness. He has decided to contest the Volvo with an all-male crew. It was a tactical decision and the rules allow it. Witt’s crime, according to Hancock, is to have been honest enough to give his reasons in public. Just for that, Hancock says he will be “happy” if Sun Hun Kai Scallywag does poorly in the race. Nice sportsmanship, Brian.”
Fair dinkum huh? Neanderthal more like it. Chauvinist for sure. You see I get Fair Dinkum. I have traveled all over Australia – I once hitchhiked from Fremantle to Sydney – and I love the Australian people, but fair dinkum is no longer an excuse for sticking your head in the sand as if the times are not achanging. The times have moved on from the stupidity of believing men are imminently superior to women. We aren’t and it’s high time we all got over that old outdated notion especially when it comes to sailing. I am a good sailor, but I will never be in the league of Ellen MacArthur or Sam Davies or Dee Caffari. They are far superior to me by any measure.
What I write is fair game and I am happy to take criticism, but I will also push back when the writer that challenges me has his head squarely up his outback. So Anarchist David, I am not a grumpyguts. I am an enlightened person who long ago ( at around the age of nine growing up in apartheid South Africa) came to the conclusion that no one person is superior to another in any way just because of gender or race or any other factor and your comments could not have come at a worse time as we in the US are dealing with a bunch of fair dinkum neanderthals who practically set the city of Charlottesville on fire last weekend.
-Brian Hancock