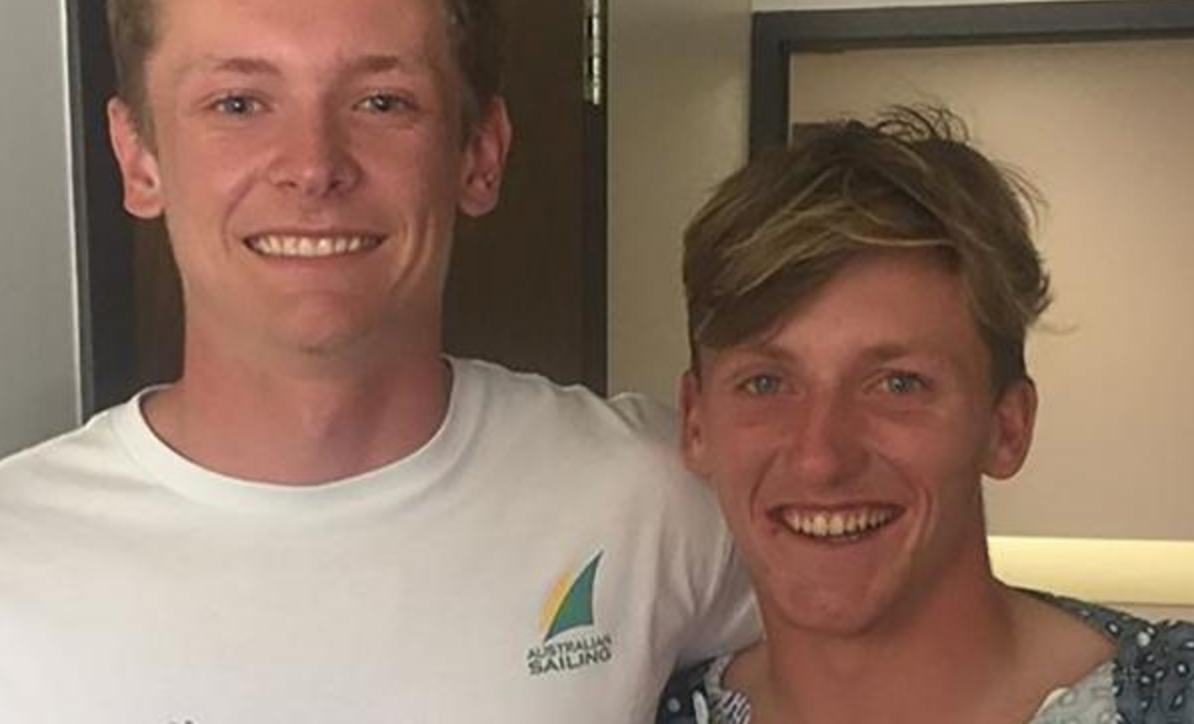 As if Australian sailors didn’t already have enough to be proud of…now they’re not only the top Olympic team, they’ve also got a bona fide hero in their midst: Here’s an excerpt of the incredible story of Simon Hoffman’s lifesaving rescue at the 29er Worlds last week.  There’s plenty of chatter about organizer safety considerations, knives, and the rest of what you’d expect in the same place we found this story: Facebook Yacht Club.  Thanks to our old friend Marc C for the heads up, and if you like what this Hoffman kid did, consider heading to his Facebook page to ask him how you can contribute to his Olympic aspirations.

“He was heavy,” Hoffman said. “You could tell his lungs were full of water, and he was wearing a wetsuit, a lifejacket and a harness. The two of us struggled to get him up on the boat. We’re very strong guys. He’s 80kg, but he would have been 100kg-plus at least on the day.”

Once they managed to heave him on to the boat, the prognosis did not look good.

“He was unconscious and his eyes were open,” Hoffman said. “Normally eyes are blue or brown, but the middle of his eyes were white. There was no life in them. We feared he was dead — and there was water gushing from his mouth.”

The boat’s driver had Durcan flat on his back, and started performing compressions.

By a quirk of fate, Hoffman had received intensive first-aid training three months before, as part of his bid to become a fully fledged sailing coach. Instinct and training kicked in. He took charge of the situation.

Once the initial gush of water had stopped, Durcan was then returned to his back.

“I got Santiago to do compressions with me, and the speed boat driver cut off the life jacket,” he said. “We then tilted his head on its side. But every compression, it felt like a litre of water, vomit, bile and acid came out.”

Two minutes in, despite their best efforts, there was little sign of life.

“I still thought he was dead, because his eyes were still open, there was no breathing and he was limp,” Hoffman said.

“I was getting super desperate — words can’t describe … I was doing everything I could, I was just thinking, ‘I can’t lose one of my best mates like this’.”

Go here for the rest of the story (or here for the writeup and award from our Irish friends at Afloat, if that link doesn’t work for you)

put it all together

no sleep till brooklyn