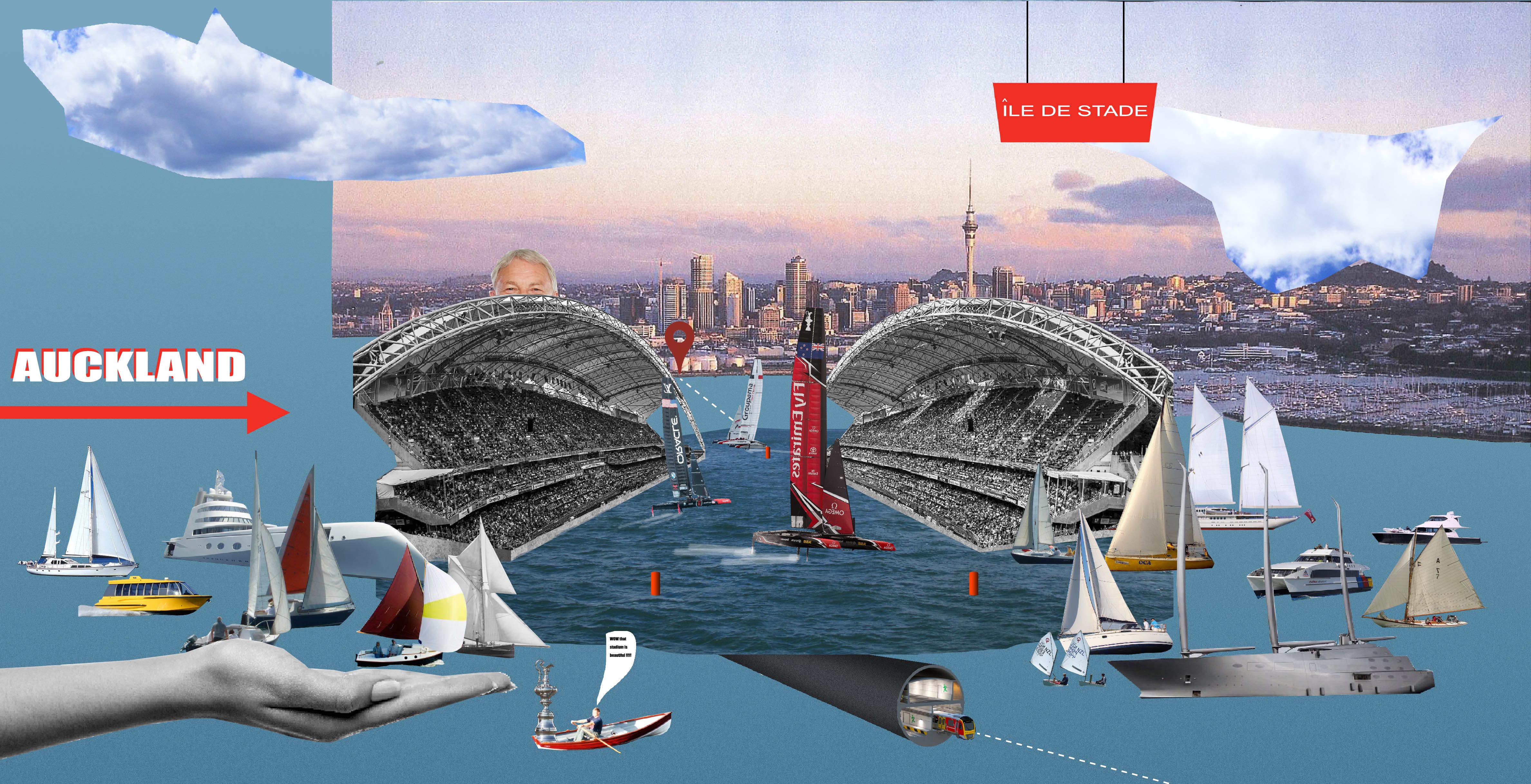 Like flies to honey, the chance to solve a big civil engineering problem always draws out the  creative types, and the 36th America’s Cup is no exception.  Auckland’s architects and thinkers are now flooding the media with ideas on where, exactly, to hold the AC in a town that’s busting at the seams.
Ignoring the total lack of understanding of the scale of a race course is the above ‘stadium sailing’ proposal from this Noted article, and it’s not the best or the worst – just the most fun.  The blurb for the stadium pitch is below, and 7 others are in the piece.

Herbst Architects  like the idea of the Cup being a catalyst for the development of infrastructure, and they’ve identified two key pieces that are missing from the city: a second harbour crossing for mass transit rail, and a stadium. Their cup proposal provides both, positioning a stadium as a feature in the Waitematā between the city and the North Shore, loosely aligned with Wynyard Wharf. The stadium would be designed with a playing field that can be dismantled to allow America’s Cup races to be run between the grand-stands. Access to the stadium is via the mass-transit rail tunnel beneath.