why aren't we there? 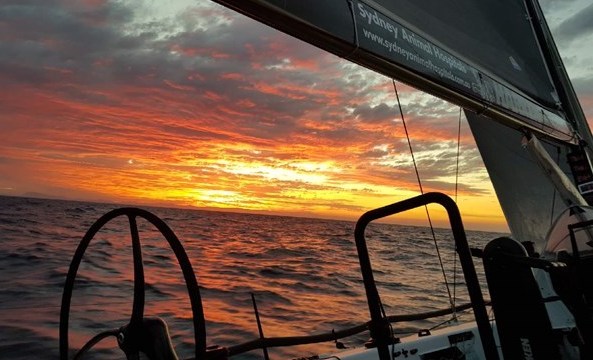 Local Knowledge
Saturday 29th July saw the annual winter pilgrimage up the Australian coast to warmer waters with the 32nd Sydney to Gold Coast yacht race. This race attracts the best of Australian racing to battle it out over the 384 nautical mile race track.
This year saw unusual weather conditions, with the fleet facing a 15 – 20 knot northerly breeze for the majority of the race, far different from the usual sled ride of the south east trade winds. This year also saw the launch of the newly modified 100 Footer Black Jack (formally Neville Crichton’s Alpha Romeo) and sister ship to Wild Oats V1 making for a great battle at the front end with a host of overall contenders with 7 TP52’s, a Mills 45, a Rogers 46, and a host of 40’s, all very competitive. 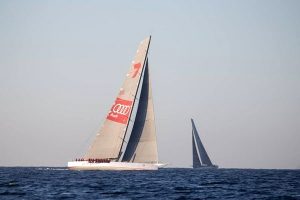 After 42 hours of wrestling, Wild Oats finally crossed the line with Black Jack only 3 mins behind them. Not bad for a boat that only hit the water a week earlier and the crew haven’t sailed yet! The race was far from over with the TP52 fleet battling it out for overall victory. When M3, the lone West Australian entry crossed the line it looked like they were in the box seat, that was until a southerly change came through late Monday night with only a handful of boats still on the water including the giant slayer Komatsu Azzurro, the meticulously maintained S&S34 that is iconic in the East Australian Offshore Scene, having won this race only 2 years earlier.
With the 15-20 knot southerly pushing the home she crossed the line some 3 hours ahead of M3, taking the over all IRC victory.
Next on the agenda is the 343nm Brisbane to Keppel race where we will see the two 100 footers at it again. Ill be on board the Nelson Meric 46 Auric Quest and will give an update of our trip once I have arrived and enjoyed a pineapple and beer! Yep, who you arrive in Keppel harbour, you get a carton of XXXX Gold and a Pineapple! – Anarchist Andy G.