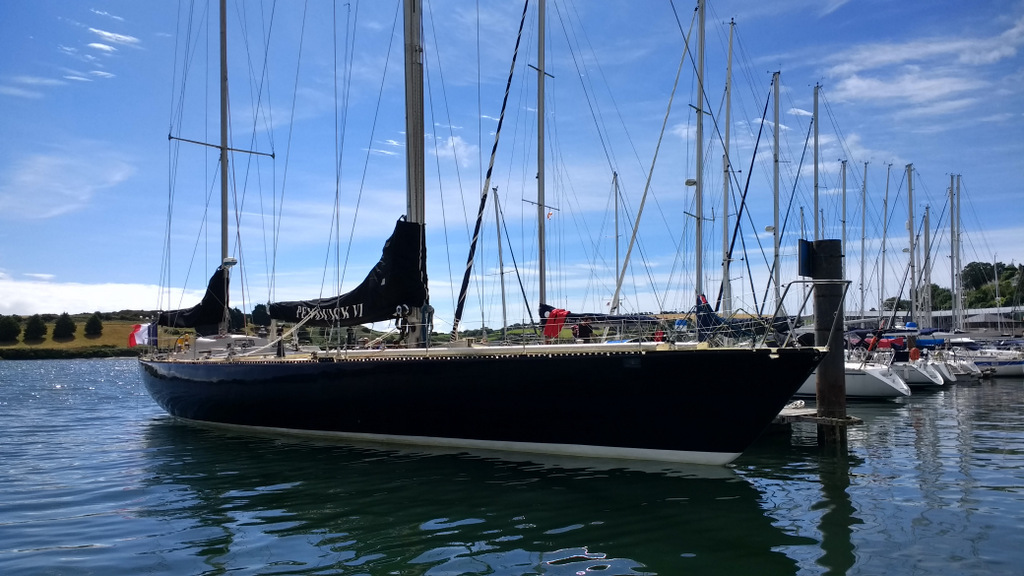 Local knowledge
Read Brian Hancock on the front page recently talk about how RTW races seperate the men from the boys, and Brian used Pen Duick VI as an example, whereby Eric Tabarly and his merry men sailed around the planet alongside the Whitbread racers – having been DSQ’ed prior to the race for using an unacceptable form of ballast.
That RTW race was 4 decades ago – in the seventies – yet the aluminium Pen Duick VI is still sailing today! Although, not with it’s most famous skipper and owner, who was sadly lost at sea not too far east of here in the late nineties.
Currently, Pen Duick VI is about 30 feet away on the transient dock in Kinsale, Ireland, and looks great! With a jolly crew aboard, she is ready to drop her lines again any day now, and head off on another adventure.
Worth noting: As you can see, there are no portlights, or windows. Rumor has it, that it is because the designers knew one of the secondary benefits of the depleted uranium ballast (aside from it’s unreal weight) would be it’s glow in the dark tendency – an eternal emission of “natural light” down below. And, its always 78 degrees down there, even in the coldest latitudes. Or so the rumor goes… – Anarchist Ralph.

the world champions of the world