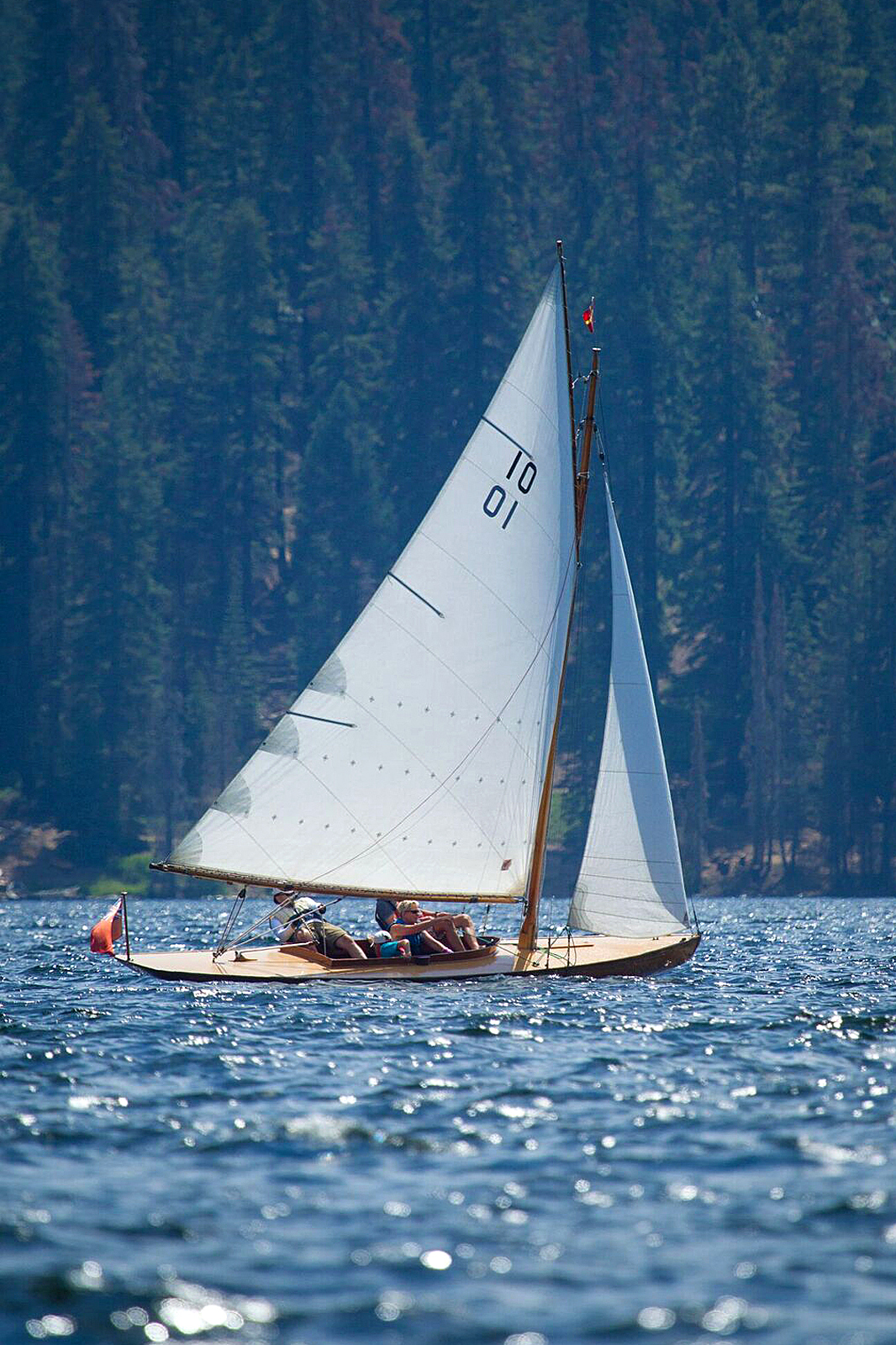 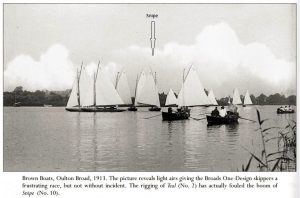 Southern California is not a hotbed for either wooden boats or classic boats, so “Snipe” stands out as a bit of an anomaly. The first 31 Broads One Designs, built between 1900 and 1939 were initially constructed of cedar planking, but later boats were mahogany. Either way, they were designed to be wet sailed, and because “Snipe” is dry sailed and kept on her trailer in the SBSC boat yard, the warm, dry SoCal climate created an unexpected problem for Mockridge. “The first time we launched and sailed her we were surprised to discover that it was necessary for me to work the bilge pump almost constantly, while my non-sailor children gamely steered and controlled the sheets. After an hour I think there was more Pacific Ocean inside the boat than out!” This is because the cedar planks both above and below the waterline had dried out and shrunk, causing the seams to leak. “I ended up lining the bilge and cockpit interior with wet towels in order to swell the planks and close up the seams. I’m so used to sponging out and toweling dry a boat after sailing, that adding moisture and leaving the boat wet was a totally alien concept”. However, this approach was evidently successful as only brief and occasional pumping was required during the High Sierra Regatta.
The Broads One Design class may now be 117 years old, but it is still raced actively throughout the Norfolk Broads, with racing fleets approaching 30 boats being frequently seen for the big class events. And while the design hasn’t changed since its inception, construction methods have: in 1987 a fiberglass mold was created and after a build hiatus of nearly 50 years, low-maintenance glass boats, fitted out with wooden cockpit and spars, started to race alongside the original wooden boats. Over the last thirty years, 57 fiberglass boats have swelled the original 31 woodies to 88 Broads One Designs launched. “Buying a new plastic B.O.D. would have been the smart choice for SoCal sailing” says Mockridge, shaking his head ruefully, “especially as they’re almost indistinguishable from the wooden boats. But I’m a sucker for wood and for owning a piece of history. I’ve made my bed and now I have to lie in it!”