Transpac update from onboard Phaedo by navigator Simon Fisher 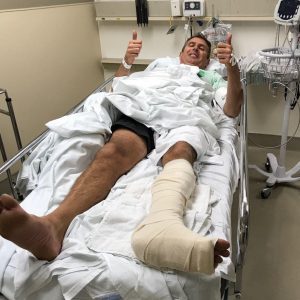 “…. I have had a couple of hours of decent sleep, woken up, cleaned my teeth and had a coffe and now I’m looking forward to the day ahead!  We’ve had a busy but productive night dodgy rain squalls and trying to make the most of the windshift and breeze lines associated with them. We’ve managed to do some good work as we have closed on “Mighty Merloe” a little and are now closer to the finish than Maserati having managed to shave down her lead as we approached from the other side of the course.
The first twenty four hours of this race were marked by thick cloud cover leading a few people to comment that it was more like sailing to the Fastnet Rock than Hawaii!!! However yesterday we first started to see a break in the clouds. This was largely celebrated by the guys onboard,  met with fear by those with a fairer complexion (Pete) and welcomed by myself largely because it marked a transition in the race from being something of a drag race to a more open race course with a few opportunities to make up ground on our rivals.
Despite bringing a gun to a knife fight, we discovered in the first 24 hours that Maserati and Mighty Merloe may well have brought slightly bigger guns so we need to sail smarter than them for the rest of the race! We have been working hard gybing on the shifts and staying in the accelerated breeze from the clouds which has kept us busy putting reefs in and out to keep the boat at 100% pace and 100% under control.
I had been thinking that despite the fact that somewhere in the Pacific there is an enourmous rubbish patch it has been suprising clean a free from debris.  However yesterday I had to revise my thinking somewhat as in the space of a few hours we had a lucky escape as we dodged what seemed to be a small island made of discarded fishing net followed shortly by the wheel off someone’s car!!!  Third time around we werent so lucky – Pablo managed to clip an unidentified floating object which resulted in the centre rudder kicking up and us ending up head to wind in reverse!  Some quick reactions and good crew work meant that the consequences weren’t more severe and having got the rudder back down we were on our way again before to long!!
We now have around 775 miles into the finish and a proper race on our hands.  We are motivated by our progress last night but are under no illusions that we are going to have to work hard to keep Maserati behind us and even harder if we are going to continue to cut Mighty Merloe’s lead.  We are definitely up for the fight though. Its going to be and interesting day and a half into the finish….”
About the picture: “At 9.30pm night before the race start he fell on the dock after dropping something on board the boat… He snapped both his Tibia and Fib… see attached x-ray, big break in front bone and same break in the top of the one in the back. I spent the night with him in St. Mary’s Long Beach, fabulous doctors and care, and he has now had his knee taken apart, a rod inserted all the way down his Tibia and its all been screwed in place… We have done this race minus not only one crew member but minus Brian Thompson one of our stars.. so don’t think we have done too bad so far!!”
– Rachel Fallon-Langdon.