Seems like forever since we heard from Kevin Hall. We love his take. 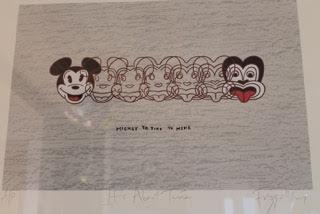 In September of 2013, Emirates Team New Zealand got to match point in the 34th America’s Cup. This, despite the fact that Oracle Team USA had a three year head start in the technology of winged multihulls, a war chest of budget and personnel, a two boat testing program, and the extremely good fortune of malleable wind limit rules just weeks before the racing started.
San Francisco watched as the champagne started flowing, and the “Greatest Comeback in the History of Sport” was written aggressively into Oracle’s version of world history. I wrote a little about that match here.  I offered that ETNZ didn’t choke, because they really never should have been so far out in front in the first place given the stacked-deck game they were trying to win. And I gave credit to Oracle for keeping their nerve on the field.
Since then, Oracle Team USA has clearly spent four years and lots of money believing their own bullshit. They turned up to the Cup with a boat that represents marginal, incremental evolution from the 2013 version. They showed that they got no better at getting better on their own than they were when they somehow managed to copy ETNZ just in time in 2013.
Meanwhile, Emirates Team New Zealand went back to New Zealand, were greeted briefly with something like a heroes’ welcome, and then the “ETNZ choked” story took hold in the media. The guys put their heads down, a few new guys turned up who are bloody good in fast boats, and they went to work.
A quiet confidence and an immense drive toward innovation and excellence, itself steeped in a culture of innovation which has been in place since Sir Peter Blake began to nurture it in the early 1990s, has finally been showcased the way it deserves to be seen by the world.
A team can get better at getting better. A team can think about designing ways to promote innovative design. I call this offense. I wrote about it here. Emirates Team New Zealand has clearly done something like this, and much, much more.
In 1983, America lost the America’s Cup to an innovative team from Australia. In 1987, Stars & Stripes proved they had the spine to take a good look at themselves, and they went to Australia to win it back.
In 2017, America lost the America’s Cup to an aggressively innovative and polished Emirates Team New Zealand.
I will be on the edge of my seat waiting to hear whether America has the guts to try to win it back.