The first of Mr. Clean’s podcasts from Bermuda dropped yesterday, and while it’s half the usual length, it’s full of fascinating stuff from maybe the most important member of the Cup-winning New Zealand team – ETNZ wing trimmer Glenn “Lenny” Ashby.  Don’t forget to subscribe to the SA Podcast here: (iTunes   Stitcher).  Show notes: 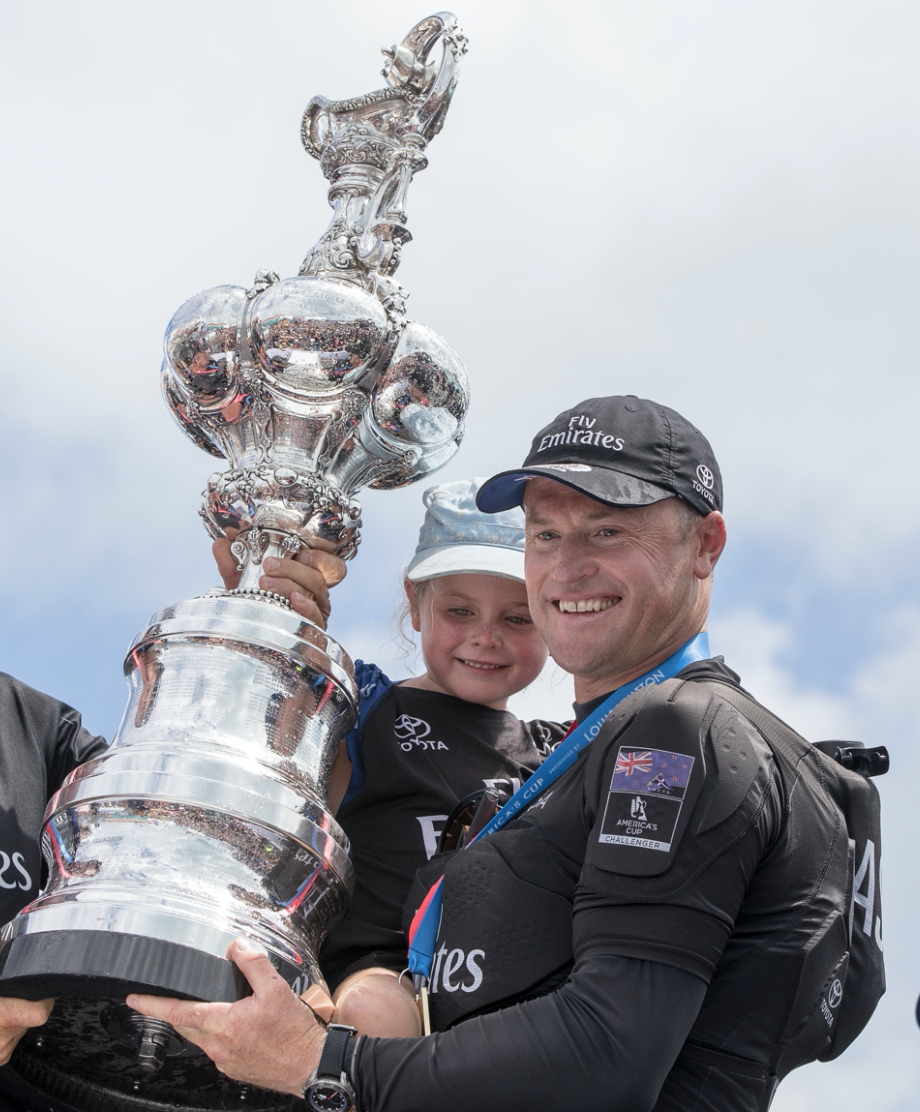 How his time as a kid, watching the C-Class cats on the beach and other ultra-fast sailboats near Melbourne, led to his career.  About wing development boss Steve Collie’s work and their different design philosophy for wing handling compared to the other teams.  “You can’t fly a plane with a piece of rope!”  Why no one else copied their wing system, and how many secrets are they still guarding?  How did their wing trim and foil loading give them stability without penalty, and enable their slick maneuvers.
Once and for all, were they sandbagging in the earlier rounds?  “We kept our good fruit for the end!”

How did they balance the need to push and develop the boat with the fact that any breakage in Auckland might mean an end to their campaign? “27 hours before the first race of the America’s cup was the first time we had all of our good componentry on the boat”. What was the actual speed difference between Oracle and ETNZ?  To what does Glenn attribute Pete’s 7-1 advantage over Jimmy in the starting box?  What maneuvers could they do that no one else could?

In what conditions does the jib hurt boat speed, and why didn’t they go bareheaded in their racing?  Will wing sailed boats in the future need jibs?

Did ACEA/Oracle’s shenanigans provide additional motivation for ETNZ to fight their hearts out?

the doctor is in