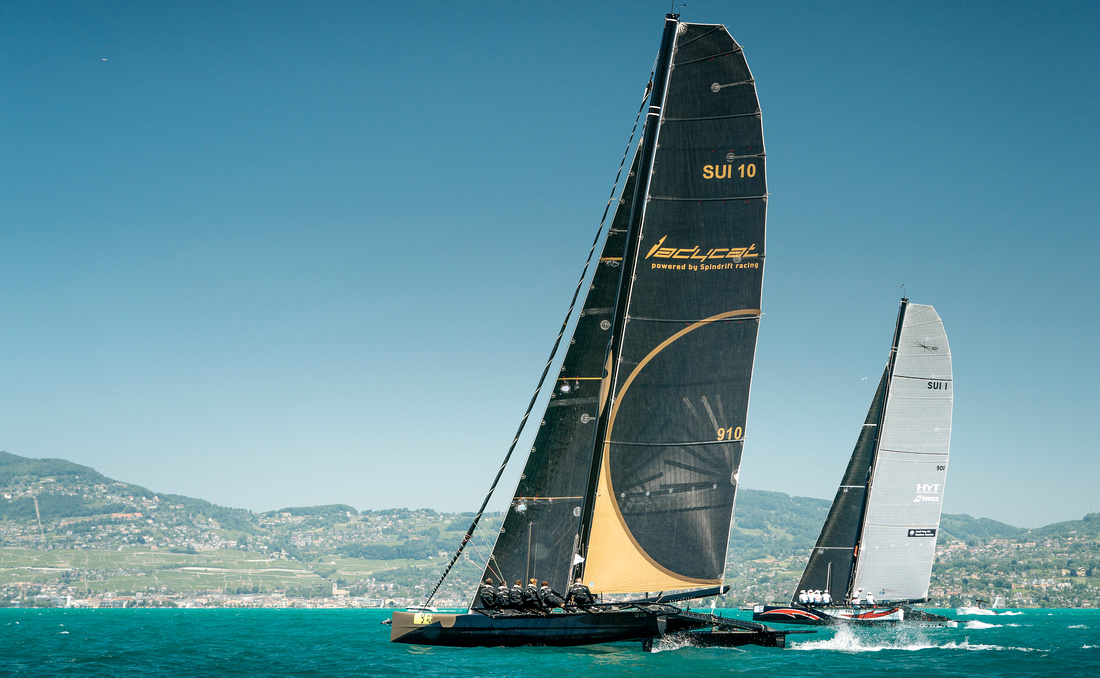 The D-35 cats may look positively dated when compared to modern foilers, but they’re still some of the quickest light air boats in the world, and they still rule Lake Geneva.  We loved this pic from the one of the biggest lake races anywhere – last week’s Bol D’Or – where Dona Bertarelli’s Ladycat took second place to brother Ernesto’s Alinghi by just 90 seconds after five hours of racing.  Jerome Clerc’s foiling GC32 Realteam was the first non-D35 on the list, taking third.
Chris Schmid photo above of the final beat to the finish, with a gallery here.
While we’d love to be able to use this photo to break the news that this brother-sister rivalry could spill over to the next America’s Cup (and what a story THAT would be!), and Ernesto himself has announced his likely intention of competing down under, we’ve unfortunately received a statement from the Ladycat/Spindrift team this morning that puts an end to the speculation.  “At this moment in time there is no chance of us doing an AC,” said a spokesperson for the team.
I think we speak for sailors (and sailor chicks) everywhere when we say: Dona, PLEASE!